10 Reasons To Watch Game Of Thrones 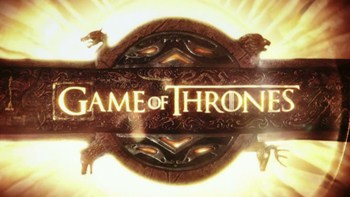 10. While it may not have the depth of the books it is a great adaptation. It is being translated with as much care as Harry Potter or Lord of the Rings and because it is a series rather than a few hours of film the potential for satisfying your GoT itch is great.

9. Watching Jason Moma. For those who rolled their eyes at the mention of his name or his character’s name when he was on the television series Stargate Atlantis you can get a chance to do so once more. Let’s get this clear-there is nothing wrong with his intelligence and neither is he a brute. He does have a body that makes even Matthew McConaughey look a little wimpish. Is that a sin? At least in Game of Thrones he gets to flash his eyes in a meaningful way and we are kind of rooting for the barbarian with style and substance.

8. Not since the Malfoys have we been blessed with a white blond aristocratic family like the Targaryns. I know better than to spread spoilers but a more vicious brother than Visrys Targaryn has seldom been known. His beautiful sister Daenerys is meek and shy to start but his treatment of her unleashes an ambitious and ruthless side that is all the more compelling as you can see who she was and who she had to become in order to survive.

7. Quotes. Game of Thrones is chock full of delicious, memorable quotes, here are a few:
Illyrio to Viserys: A Dothraki wedding without at least three deaths is considered a dull affair.
Jaime Lannister about the mad king: “Did he have any last words?” “I cut his head off, so… no.”

6. Lemon cakes. Who doesn’t like a delicious homemade lemon cake? Perfect to hide poison too.

5. Jaime Lannister. He is arrogant and amoral much like his twin sister Cerisi. Unlike his sister he is impulsive yet has the capacity for reflection and self-examination. Except for his being in love with his sister he could make for a romantic bad boy but really can anyone overlook incest? Danish actor Nikolaj Coster-Waldau does a convincing job in bringing the multifaceted character to life.

4. Arya Stark is played by played by Maisie Williams. When we first meet her she is a mischievous tomboy full of life and joy. Life in the Seven Kingdoms isn’t easy for anybody and she is no exception. Whatever lies ahead, remember the child she was.

3. Joffrey Baratheon. This is the kid you couldn’t stand when you were growing up. What makes him different from the child you knew is power. He is the Prince whose apparent father sits on the Iron Throne. Joffrey can put on a good face when necessary but he is both coward and bully, vain and selfish with a spiteful temper. Vindictive and a born liar, sooner or later he alienates everyone with a shred of decency. Every week one can’t help waiting for him to get his comeuppance.

2. There is no holding back. Perhaps it is because it is being aired on HBO there is no flinching from brutality being shown, ( I had a hard time with seeing a horse being decapitated as a result of a joust) or sexuality, or politics. The storylines are compelling and death is always a breath away. The fitting mottos of this series are Valar Morghulis (all men must die) and Valar Dohaeris (all men must serve).

1. You never know what Tyrion is going to say next but you know you won’t want to miss it. He seems to get the lion’s share of good dialogue and this is in a series where almost everyone one gets good lines. Peter Dinkage brings so much to this role. While size is a factor in Tyrion’s life, his wit, cunning and style more than make up for the lack of height. Tyrion is far from soft but he has displayed empathy for a bastard and a cripple. As far as I’m concerned that makes him head and shoulder better than his father and his siblings