The Hurog Duology – What simply is it about? Who are the Characters? 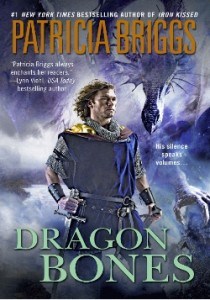 Ward, the new lord of Herzog finds magical bones hidden under Hurog Keep. He has to do whatever he can to keep them out of the hands of his enemies.

It is also the name of a land and a people. Once, Hurog had been a place known for justice and wisdom. It was a place of refuge for slaves. A seat of great magic and power. Here, within the rugged northern kingdom Dragons flew. Trade and friendship had flourished with Dwarvenkind.

This proud and happy land was brought low by the treachery of one man.

It became barren and destitute as a penalty for his betrayal of a sacred trust. Now his whole line bears the dark stain. Evil is spreading into the other kingdoms of the former Empire and now the High King Jakoven is bringing their world to a dark and twisted place.
WARD
Into this world is born Ward or more properly Warwick. He is the eldest son of a brutal paranoid man who is also the ruler of the kingdom of Shavie, the Hurogmeten. Ward‘s mother has fled from the horror of her life into a drug fueled madness, which has left her three children without protection. Ward was nearly killed by his father whose own guilty heart makes him fear his son. He is large and strong in body as well as generous in spirit, and is first and foremost a guardian to his family and his people. Ward is the one who must right what is wrong and navigate the dangerous waters of court intrigue, evil mages as well as more physical battles. He is smart, he is brave and he is pragmatic but above all he is kind and honorable.

CIARRA
Ciarra is Ward’s younger sister. She shadowed him from her earliest days. Mute from birth she faces extra dangers from those who would try to assault her knowing she can not cry out. She is a fearless warrior and is more than a match for those who would meet her in honest combat. I suppose you could say she was a tomboy. Ciarra is also Ward‘s particular care. He has always tried to shield her from the danger she brought on herself by her wild impetuous nature. 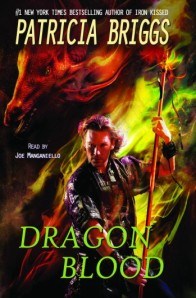 Jakoven Tallven, High King of the Five Kingdoms, is seeking Hurog blood to activate the supernatural equivalent of a weapon of mass destruction.

OREG
Oreg is you might say the Ghost of Hurog. He is also a powerful Mage. Oreg was once a slave and is currently bound to whoever is the head of the family Hurog and to the Keep. Both Ward and Oreg had seriously abusive fathers. Perhaps that is what binds them together stronger than the ring ever could. They are true friends.

TOSTEN
Tosten is Ward’s brother, and another victim of their father’s wrath. Ward believed him to be dead when he got away from his homeland to live a simple life of making music and coopering. After his father’s death Tosten is reconciled to his family and joins in fighting the good fight but truth be told he would rather be a lover than a fighter.

TISALA
Tisala is a big raw boned woman who is not found to be conventionally beautiful by anyone but the one who loves her. She is the warrior-daughter of Lord Haverness of Oranstone. Before seeking out refuge in the North Tisala, she had also been captured and tortured by the High King’s men. Prince charming did not come to her rescue. She rescued herself. Tisala is a strong and faithful friend to Ward and as close to a match in battle as any man in their company.

DURAUGH
Duraugh is Ward’s uncle. Not an evil man nor even a weak one but neither is he willing to risk all in order to right things that are terribly wrong.

GARRANON
Garranon is by birth an Oranstonian, one of the Five Kingdoms. He was captured when Oranstone fell under the heel of the High King Jakoven. To save his life and those of his people he became what the king wanted and became the king’s favorite. He is more victim than victimizer but that point is a very fine one when he must do the king’s dirty work.

KELLEN TALLVEN
Kellen Tallven is the brother of the High King Jakoven Tallen. Jakoven has kept him in an insane asylum to prevent an overthrow of his corrupt government.