A Top Ten Watchlist for a Geeky Valentine

Whenever February rolls around, the film industry has its usual unimpressive spasm, giving us titles like How to Be Single, Fifty Shades of Grey and Pompeii to name the big V-day releases of the last three years. So if you want something romantic and a little bit geeky you might have to go back to the archives.

To help you out in your search here’s a top ten of geeky places to find those relationships that tug at your heartstrings and remind you that true love, like True Detective, can be truly great, even if only for a season. 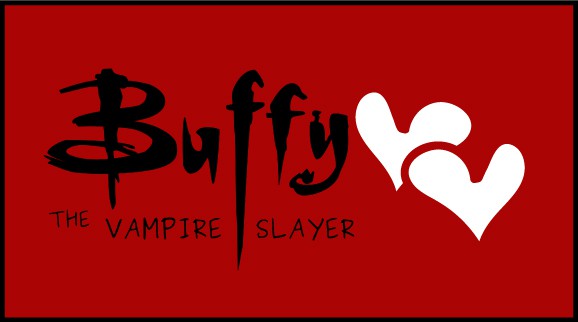 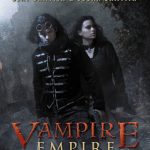 There are very few shows that managed to produce quite as many X-and-Y-4-evas, including several mutually contradictory (unless you’ve read and enjoyed the extensive Spike-Buffy-Angel fanfic out there). Perhaps you went for the oddball coupling of Xander and Willow, or Willow and Oz, or Willow and Tara, or the mismatched (and brief) pairing off of Xander and Cordelia.

Most of you probably swooned a little likely you go for the star-crossed dollop of manifest destiny that was Angel and Buffy, true loves who cannot ever be together, or the equally star crossed and frequently kinda gross conjugation of Buffy and Spike.

If you’re an old person, there was that time when Giles had a girlfriend.

Whatever your poison, pick your couple and google yourself up a marathon of their episodes. I’d lean heavily towards Spike and Buffy, a relationship that spans every season and would be a great excuse to rewatch the musical episode. Again.

For five full seasons you thought The Mentalist was about Patrick Jane’s hunt for Red John. It was only after catching his man and disappearing off on the lam, that we remembered why we tolerated the mediocre plot lines of this series. It was the will-they-they-won’t friendship between Lisbon and Jane.

We all wanted it to happen and they didn’t give it to us, didn’t even give us hints of anything more than a beautiful friendship. Then ‘The Blue Bird’ happened and it was perfect. This is what Booth and Bones, House and Cuddy, should have been, and I may have screamed like a little girl halfway through this episode.

If you’ve never seen the series, you may need the nearly six seasons worth of backstory to get the feels. Best start watching soon.

The orig trij is a pretty dire world to be a woman in, Leia is the only rounded female character in the series (depending on how much you found you could relate to the barroom singer and the green skinned stripper), and she is so bound to the ladies love protagonists rule that she makes out with her own brother.

But in the end, she ends up with the right guy. You know the one male lead who both didn’t betray her and and isn’t related to her. There are few more recognisable couples than Han and Leia. Even if we do have to watch Empire in the knowledge that the inevitable divorce to come, is now 100% canon.

And on Valentine’s day, are there any words you want to hear more in response to “I love you” than: “I know.”

If your interest is less in spacefaring bad-boys and more on charming farmhands turned dread pirate, then ‘As you wish,’ is more likely to be the line that will make your V-day. The film that still pretty much defines Robin Wright, Wallace Shawn (no matter how many dinner’s he enjoyed with the other Andre), and Carey Ewles careers.

The Princess Bride is both metafictional take-off of fantasy, and one of the masterworks the genre, it is darn near inconceivable to think of a more charming and quotable film romance. Go ahead and disagree, I will fight you to the pain, or at least until you are mostly dead. 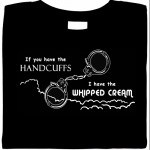 For those who love their love a little out of this world, there is no one better to guide you through the trials and tribulations of the heart than just a sweet transvestite from Transexual Transylvania, with his Charles Atlas approved test tube creation: Rocky, and his/her significant powers of seduction. Not to mention his incestuous servants and a highly edible Meatloaf.

If functional relationships are not your bag, then House could well your sort of Valentine’s day watch.

Few shows made science and medical ethics as cool as House did. But the troubled and troublesome lead character was also godsend for the shippers out there. A funny, confident alpha-male with plenty to fix about him, House is attractive enough in a grizzled bad-boy scientist kind of way. House is also incapable of maintaining a relationship and prone to pushing away everyone the audience wanted him to end up with.

So you can take your pick on this one. House and Cuddy, House and Cameron, House and Stacey, or that nutritionist who shows up for a few episodes, or the infatuated sixteen year old who grows up to be Blair Waldorf, or the CIA Doctor, or his green-card wife or even just his bromance with Wilson.

If you’re just looking for a single episode to watch on V-day S03E22, titled ‘Insensitive’ is a valentine’s day special with a bleak ending involving a suspicious crush, a break up, and some casual sex.

7. Eternal Sunshine of the Spotless Mind

For the more art-minded – the sort of person who prefers ‘speculative fiction’ to sci-fi – Eternal Sunshine of the Spotless Mind is a beautiful sci-fi movie about memory and relationships, heartbreak and fate. It is the perfect blend of literary and geeky.

A gorgeous piece of cinema which renders the mind physically as a series of sets, in a way that few films have tried since The Cell did such a botched job of it.

Plus you get the best Jim Carrey performance since The Truman Show.

Some moments outlive the movie that conceived them. No one nowadays has seen the original King Kong, but everyone knows the image of the great ape swatting biplanes with one hand while trying not to squeeze Fay Wray like a breakfast orange with his other.

Similarly, two reboots on, however little one remembers about Tobey Maguire’s Spider-Man, you can still remember that upside-down kiss. No comic movie since has found a moment that matched up with the kind of hormone driven teen love that we all went through than a rubber masked Peter Parker hanging upside down while snogging a rain soaked Mary Jane Watson after a vigorous bout of city saving.

Sam Raimi’s Spider-Man still stands up today, even after the excesses of its sequels and the tangled web of reboots that have followed.

9. Scott Pilgrim Versus The World

Scott Pilgrim is the Edgar Wright-iest film Edgar Wright has ever Edgar Wrighted, Scott Pilgrim is a slightly unsettling story of a socially awkward teen who after falls for the quirky delivery girl and – as is so often the way – finds he can only date her if he defeats her seven evil exes.

The faint whiff of stalkerism notwithstanding, Scott Pilgrim is a surreal world of comic book visuals, Edgar Wright montagery and videogame soundtracks. It’s funny, and mostly sweet and ends on a pleasing note of emotional ambiguity.

Watch it with the person whose exes you’d be willing to fight to the death.

If all that fighting and dating and chasing after each other sounds exhausting, and your idea of romance is less about drama and more about just being happy together go with Serenity, the stand-alone movie / season finale of Firefly.

In Zoe and Wash, Joss Whedon gave us one of the loveliest married couples in cinema: the hot-headed, gun-wielding, war-hero and the pacifist pilot who balance each other perfectly, and ooze a kind of smug domestic bliss on a ship which is an oasis of sexual tension between characters who refuse to have proper conversations with each other in the otherwise sterile void of space.

Zoe and Wash are the perfect reminder of what Valentine’s day should be about, even when it isn’t.

That’s what I’ll be watching on Valentine’s day. What will you be curling up in front of, with the significant other, or a sorrow drowning bottle of wine, or both?