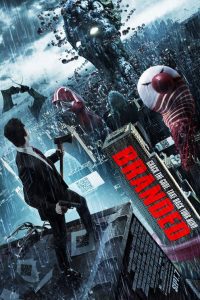 I went into Branded expecting a thriller about the sociological impact of advertising, possibly about corporations using subliminal means to control the population–at least, that was the impression I got from the trailer I saw at the beginning of August (with Total Recall). I was eager to see it. Instead, I got . . . I’m still not quite sure what to call it. Some kind of lampoon of advertising: Joan of Arcadia meets Harvey??

There’s the makings of an interesting story here, concerning Misha (Ed Stoppard), a young man in Russia with a gift for marketing bordering on genius, and a highly experienced marketing guru (Max von Sydow) working from a private island. Complicating the world of global advertising (did you know Lenin invented marketing to sell communism?) is Misha’s boss Bob (Jeffrey Tambor) who is more than he seems, and Misha’s girlfriend Abby (Leelee Sobieski).

The setup involves fast food companies losing business and looking to marketing to beef things up. Radical steps are proposed and taken. Reality TV and an extreme makeover show get involved (wait–don’t we have one of those?). It’s rather an interesting companion piece to Supersize Me on some levels.

Then the entire movie takes a sharp left turn into weird and never recovers . . . .

The movie isn’t helped by voiceovers that tell what’s going on at key points–the old adage “Show, don’t tell” in story-telling is as true in movies as it is in writing. It seemed all the interesting bits got skipped somehow. It reminded me of a well-known New Yorker cartoon by Sidney Harris showing two mathematicians at a blackboard with formulas to the left and right with “Then a miracle occurs” written in the middle.

Ed Stoppard is suitably intense as Misha, giving the role a rich complexity. Leelee Sobieski smiles. A lot. Maybe she was confused about what she was getting into, and decided to make the best of it? Max von Sydow is wise and mysterious and all-knowing . . . .

I do like the overall “style” of the film: the costumes, makeup and effects give it a very definite look. But the CGI is pedestrian at best.

The entire movie is set in Russia, primarily in Moscow (except for the Max von Sydow in paradise bits), and there are lots of nice establishing shots. If nothing else, at least it brought back fond memories of trips to Moscow–but that’s about all it’s good for. Skip this one. You’ll be glad you did. 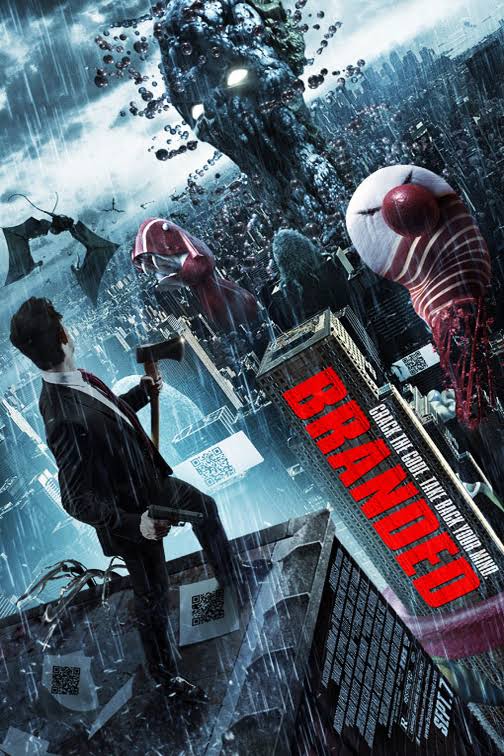 Article Name
Branded Movie Review
Description
I went into Branded expecting a thriller about the sociological impact of advertising, possibly about corporations using subliminal means to control the population–at least, that was the impression I got from the trailer ...
Author
Elektra Hammond
BuzzyMag.com