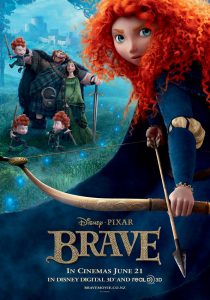 This one is for the kids. I sat in the theater with a busload of five and six-year-olds taking a break from summer camp, and they were entranced. Me, not so much. An animated fantasy from PIXAR? I was hoping for another WALL-E–I’ve watched that one over and over.

The animation is flawless, and it’s a visually gorgeous film to watch. For lack of a better way to say it, the cinematography is wonderful: sweeping landscapes, interesting camera angles-everything you’d expect given the origin. The soundtrack is catchy and appealing. The characters are charming, and the audience very quickly becomes attached to Princess Merida and her family-even her mischievous younger brothers, who don’t actually speak.

The overall themes running through the movie are good: the importance of controlling your own fate, girl-power!, mother-daughter bonding, the importance of family, with great power comes great responsibility (that one may be from a different movie), and so on. Not to mention the heroine is a girl who’s weapon of choice is bow and arrow-did someone at PIXAR see The Hunger Games coming and just know that archery would be the Next. Big. Thing?

The other end of the scale is also good-the little details that make up the parts of everyone’s life: the decorations in various living spaces, Merida’s brothers getting into mischief, how King Fergus entertains his friends, and what Merida does when she has a “day off.” Not to mention the great clan names: Macintosh, Dingwall, and MacGuffin (go ahead and look up what a MacGuffin is-I’ll wait).


Where the movie really fails is the plot. From the trailer (that seemed to be showing with every movie I’ve seen in the last six weeks), I expected a “girl on a quest” movie-too bad that never materialized. The plot needed to be simple-it’s an animated film aimed at a younger audience. But somehow it ended up not quite making sense. It’s cruising from point A to point B, and suddenly no one is listening to what anyone else has to say, because then the movie would be over-the characters just jump into a badly written episode of daytime TV. And it takes at least two instances of deus ex machina to keep everyone moving in approximately the right direction.

One bright note for the grownups-there is an absolutely amazing animated short showing before Brave called La Luna-those delightful seven minutes are worth the price of admission . . . . 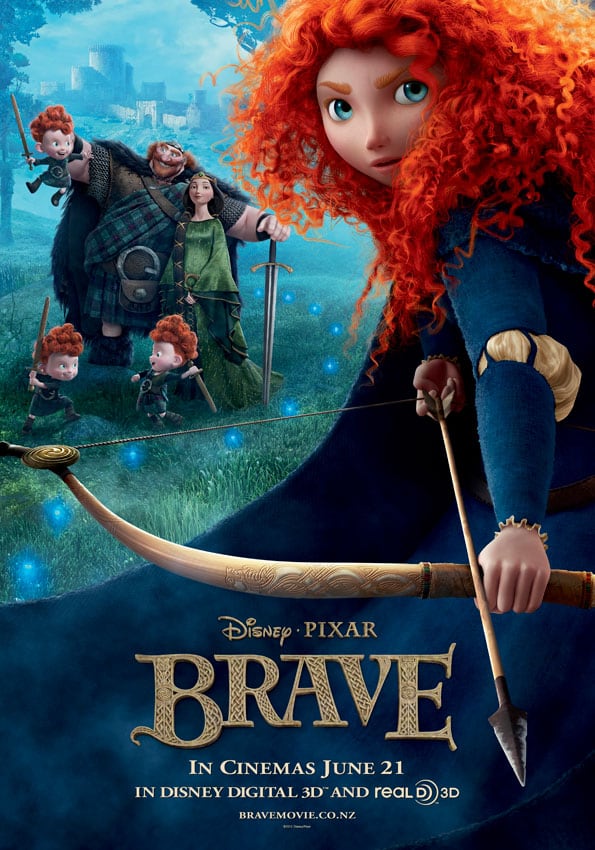 Article Name
Brave - Disney - Movie Review
Description
This one is for the kids. I sat in the theater with a busload of five and six-year-olds taking a break from summer camp, and they were entranced. Me, not so much. An animated fantasy from PIXAR? I was hoping for another WALL-E–I’ve watched that one over and over.
Author
Elektra Hammond
BuzzyMag.com