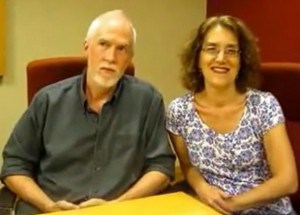 If you like vampires with your steampunk, The Greyfriar, Book One of the Vampire Empire, is 2011’s must-read. Set in an alternate world where vampires swept across the northern latitudes of Europe and the Americas in 1870, The Greyfriar serves up guys in capes, women who play with guns (and swords), fleets of chemically powered airships, and all-out war between two species well matched in cunning and ruthlessness.

The book’s authors, husband and wife writing team Clay and Susan Griffith, think of themselves as well matched in terms of complementary strengths. They’ve collaborated on everything from movie scripts to Disney comics, with more Vampire Empire books on the way. Recently, they talked to Buzzy Multimedia about upcoming projects and how to write together without breaking up your marriage or the furniture. Hint: Caffeine is a plus.

What was the inspirational spark behind The Vampire Empire series?

Clay and Susan Griffith: It was originally conceived as an idea for a comic book series. But we quickly decided it was too rich for that, and decided to turn it into a novel. The series has its roots in all the genres we love-adventure, pulp, historical, horror, and fantasy. It’s like an old-fashioned Hollywood movie with action, romance, humor…something for everyone.

Did you set out to write alternate history or was there a moment in the creation of the series where everything changed or clicked into place?

Clay and Susan Griffith: This book was intended at alternate history from the start. It had to be to tell the story we wanted to tell.

What were your historic models for the vampire “invasion” and the human determination to reclaim their lost territories? (I kept thinking of the “Reconquista” of Moorish Spain, and wondering whether the seeming allusions were in the text, or if I was reading too much into it.)

Clay and Susan Griffith: The historical models for the vampire invasion come from highly mobile, tribalistic societies that overwhelm settled states. The most famous of which are the Hun or the Mongol conquests. Nomadic invaders, when they settle down, tend to absorb many of the traits of the conquered people, and lose their edge. The Reconquista is certainly a model for the human war against the vampires. As is the Allied invasion of Europe in WWII.


What was the basis for the vampires in this series?

Clay and Susan Griffith: Our vampires are based on the classic myths, from the 19th and early 20th centuries, but with a twist. Since our vamps are not undead humans, but rather a parasitic species, we tried to find biological explanations for all the traditional vampire myths. But it was important that our bloodsuckers were real vampires, dangerous monsters who were the enemy of humanity.

Clay and Susan Griffith: Hmm. We thought it was because secretly men like to wear capes, and women like a man who occasionally dresses up for an evening out. But you could be right.

How did you determine the direction your altered world’s technology would take?

Clay and Susan Griffith: We took a look at Victorian-era tech and tried to extrapolate from that. Given the changes in our world, there were necessary changes. For example, losing the northern hemisphere cuts humanity off from much of the world’s supply of coal, which was the key to the Industrial Revolution. Therefore, in our world, alternatives to coal had to be found. The technology for petroleum hasn’t yet been developed, so we envisioned a greater chemical power industry, which never came about in the real world because of the ready access to plentiful coal. That’s just one example, but we certainly tried to have reasons for economic/tech changes in our world versus the real world.

Is The Greyfriar your first novel-length collaboration?

Clay and Susan Griffith: Actually, it is our second. Our first was a novel called “Banshee Screams” published by Pinnacle Entertainment Group based on their role-playing game franchise called Deadlands. It had a mix of sci-fi and steampunk elements. Banshee Screams was based on the third game in their series called Lost Colony which was set on another planet far in the future, but still had an Old West feel.

What’s the best thing about writing with your spouse? The worst?

Clay and Susan Griffith: The best thing about working with a spouse is the instant feedback. Whenever an idea sparks you can immediately have long conversations about it. Sometimes emails don’t cut it. The emotion and passion of your idea is visible to the partner, and they can be inspired or swayed by that energy. Ideas never stagnate for long. The worst thing is when you disagree and your battle is lost. You feel sometimes compelled to continue to prove your point, which can cause friction, which could easily bleed into everything else besides work. It takes a level head and strong trust to concede a battle and still sleep with the enemy.

What prompted your decision to write together?

Clay and Susan Griffith: We’ve always collaborated even when we worked solo, but it became official the day Acclaim Comics offered one of us the chance to work on a Disney project. That person was not a Disney fanatic. Thankfully the other one was. So Disney officially brought us together as collaborators. It worked so well, we’ve never looked back.

What particular strengths do you each bring to the partnership?

Clay and Susan Griffith: We each have our particular strengths and weaknesses. The trick is to make them balance. Where one can write character well, the other can delve into politics and historical accuracy. It’s not to say we don’t switch things up. It’s good practice and keeps our individual voices from resonating. If someone can tell our voices apart in a novel then we’ve failed in our collaboration.

How do you resolve writing conflicts?

Clay and Susan Griffith: Someone must always be lead. On smaller projects, like a comic book script, one person can be lead all the way through and have the final say. When an argument goes on too long and endangers a project’s deadline, the lead makes the final call, for better or worse. But on something as grand and complex as a novel, leads are divided up by strengths. We both know where our specific strengths and weaknesses are and do not pretend otherwise. With that knowledge and honesty in hand we can easily trust the other to make the right decisions at the end of the day.

How does writing comics aid in creating and sustaining the narrative of a multi-book series?

Clay and Susan Griffith: Writing comics has been great training for keeping plot and dialogue tight and compact. There is no verbosity in comics, not with such small word balloons. Editing is your best friend. Get to the point.

Any favorite writing rituals or tricks?

Clay and Susan Griffith: Coffee shops. We work in public places a great deal, especially during editing because we’re forced to be civil and not throw things at each other. Kidding aside, it keeps us on track because at home our cat and playing Warcraft distract us.

What projects are you working on now?

Clay and Susan Griffith: Of course we are working hard on Books Two and Three of Vampire Empire. In addition, we are continuing to dabble in comics. We have a number of comics/graphic novels coming out this year and next, including “Allan Quatermain and the Lord of Locusts”, “Ray Harryhausen Presents: It Came From Beneath the Sea…Again”, and “Vincent Price Presents: The House of Raven” from Bluewater Productions.

Clay and Susan Griffith: We’d like to thank you for the interview, and for your response to the book. We’ve been overjoyed by the reaction to on many book review blogs. It’s been very exciting and gratifying. 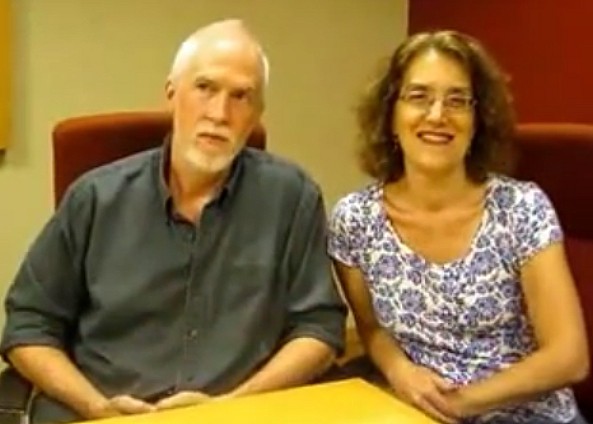 Article Name
Clay & Sug Griffith Interview
Description
If you like vampires with your steampunk, The Greyfriar, Book One of the Vampire Empire, is a must-read.
Author
Jean Marie Ward
BuzzyMag.com