The BEST costumes of Dragon Con 2014

The name brings joy to many and wonder to others!

Perhaps I should explain this statement.

DRAGONCON is an event which happens every Labor Day Weekend in Atlanta, Georgia. To get an idea about the size and scope you might go to their website and read their description…..“the largest multi-media, popular culture convention focusing on science fiction & fantasy, gaming, comics, literature, art, music, and film in the universe!”
It is a place where all the senses go on over-load. The experience is like no other.

This year was my sixth Dragon Con and I have no intention of ever stopping. Why? Because where in the world can you find so many creative and talented individuals in one place? The art! The music! The panels! The media guests! The dealer’s room! And of course, the costumes!!!!!!

Those who cosplay come to DragonCon because they know this is where their labor, creativity and imagination will be fully appreciated and admired. People plan, collect materials, cut, sew, create props and so on for a year before stepping out of the elevator and showing off their masterpieces. It is so worth the time and effort. Each one is more clever and beautiful than the next.

Here are 15 samples of what you could have seen in DragonCon this year. A small sampling of a moveable feast. Enjoy! 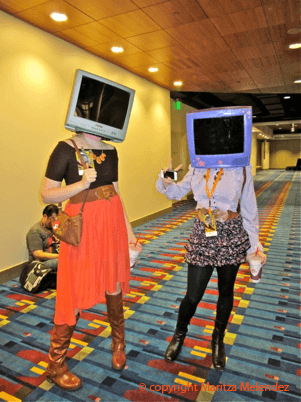 A different way to celebrate your media as a way of life. 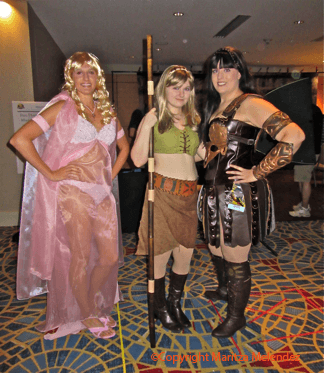 I don’t think any introductions are neccesary here. As Warrior Princesses and her friends go, this is one of the best put together groups I’ve seen. 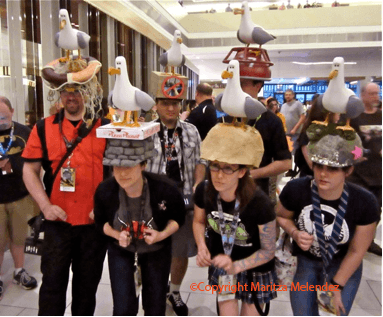 This one was too funny for words but I’ll try.
You are at a beach or a park and you’re just about to sink your teeth into your favorite sandwich or pizza. Suddenly you hear the sound of a seagull and see an unmistakeable shadow on the ground heading for you, or more specifically your food. That’s what I saw and heard as this flock approached a guy with a slice in his hands. I’ve never seen anyone cover their food faster while trying to shoo this group away. 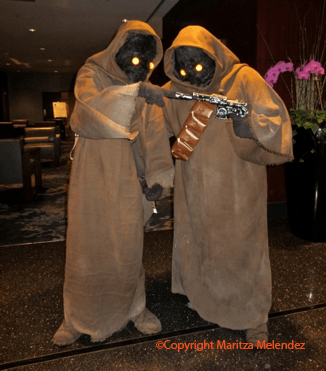 This is a perfect example of going into over-drive when designing a costume. You know exactly who they are and from which planet, plus humor goes a long way. 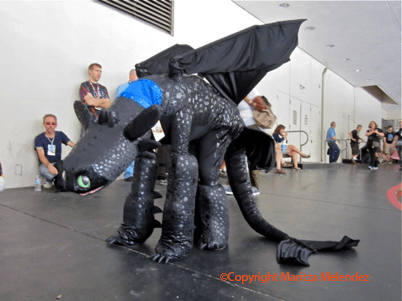 Not just the costumes but the stamina of some of the cosplayers are on display. This “Toothless” outfit was worn by a woman who walked in this position, on all fours, for a good part of the convention. 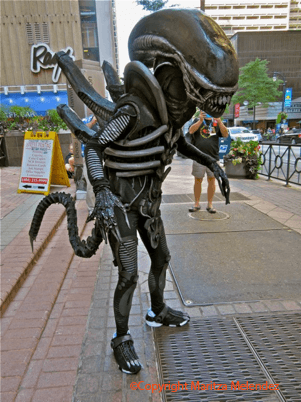 The best part of Dragoncon is walking out on Atlanta streets and seeing the public try not to react. Well perhaps a few people may have done a double take or an eye roll but for the most part the citizens of Atlanta are cool with DragonCon. This is the only time and place I have had the experience of someone running after creatures that belong in nightmares in order to pose and take a picture. 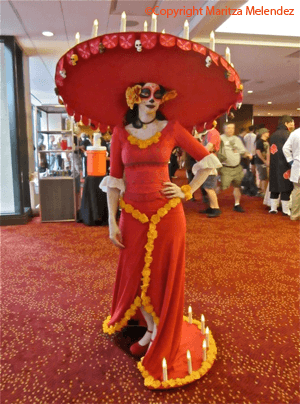 Day of the Dead

Workmanship and details are key in making a costume jump out and catch your attention. The candles of the rim of her dress and hat gives it an added spark. 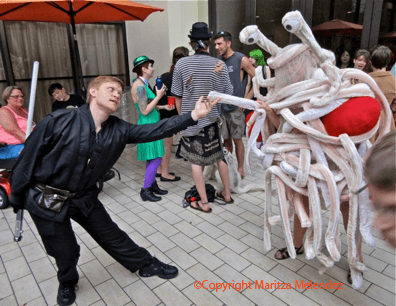 A regular visitor to DragonCon, the Spaghetti Monster from Space! Yes that is her name. I asked. It would seem that she and Luke Skywater have some history together. 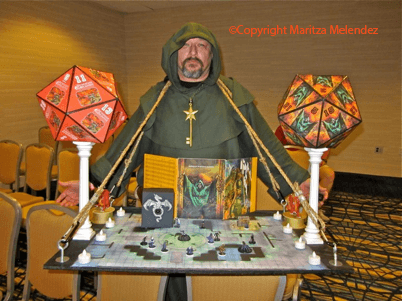 Costumes can also be in the form of video games but in this instance I believe this was a board game, World of Warcraft I ? 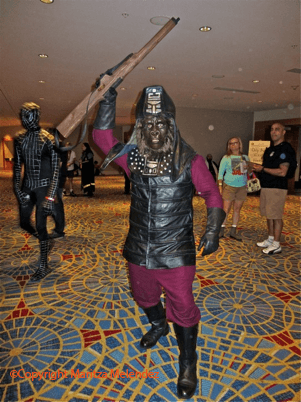 Planet of the Apes

Classic movies characters are very popular too. General Aldo from Planet of the Apes is looking for some damn, filthy humans. 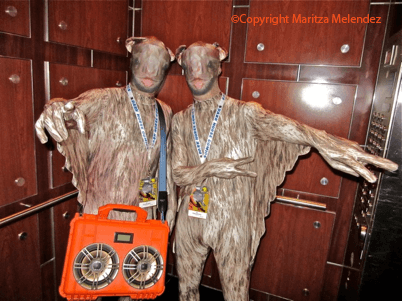 Party Bats in the elevator! I met these guys as I was entering and they gave me a memorable welcome! 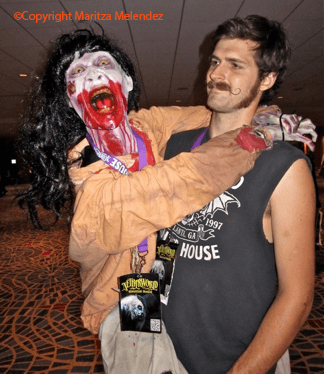 A zombie and her human! It must be love or a really good meal! This dinner….oops human works at NetherWorld, a haunted house which is open year round in Atlanta. 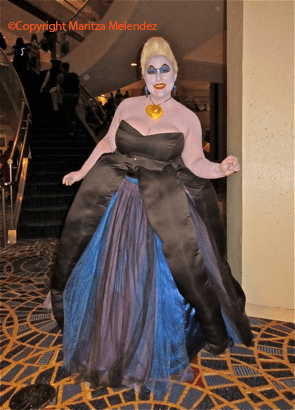 Many Disney characters are found roaming the halls of the various hotels. They even came out of the sea to mingle with us mere mortals hoping to make a deal or two. 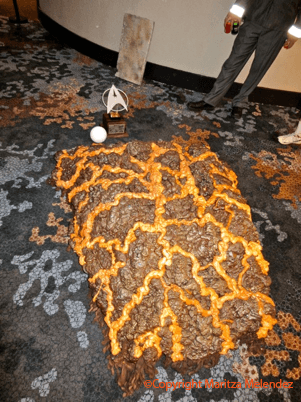 This one is my favorite!
It’s from Star Trek: The Original Series, episode “Devil in the Dark”. The ‘devil’ turned out to be a mother protecting her young from miners who were drilling into her nurseries. Her first message to Spock was “No Kill I” 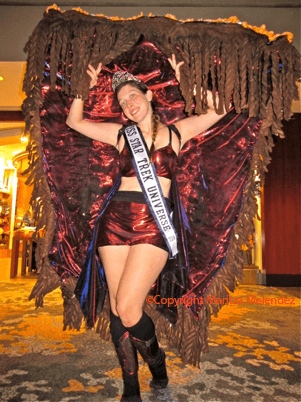 The character, “Mama Horta”, was created in great detail in both color and texture, including one of her eggs near the top of the photo.
To my surprise the movement of “Mother Horta” was not mechanical in nature but human! When I called out a thank you she stood up and I found I was in the presence of Miss Star Trek Universe. Apparently she had won 1st prize in the Star Trek pageant!

I am a Puerto Rican-American artist who was born and raised in Washington Heights, New York. Self-taught through the folk arts, I have found much inspiration within the Native- American culture, as well as my own imagination, which could be described as childlike.