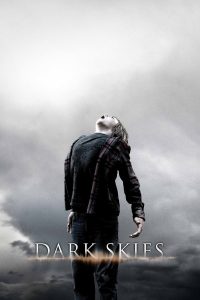 “Two possibilities exist: either we are alone in the Universe or we are not. Both are equally terrifying.”

Unfortunately, it goes rapidly downhill from there.

This is a typical drama about a married couple whose marriage is falling apart because of financial stress, who find each other and pull their family together as the adversity increases. The paranormal elements might as well not be there.

Daniel (Josh Hamilton) is a laid-off, out-of-work architect with a short temper, married to Lacy (Keri Russell), an insincere realtor with listings she doesn’t think are a good value. Daniel is particularly sensitive about anyone finding out about their financial woes. The increasing hostility between them has led to some interesting coping mechanisms in their two boys, Jesse (Dakota Goyo) and Sam (Kadan Rockett).

When odd things start to happen, Lacy is quick to believe in otherworldly causes, while Daniel is a solid skeptic. Their lack of ability to communicate also complicates things, leaving the audience practically screaming “Tell him about it” or “Tell her about it” any number of times.

There were a few moments that had me jumping when something truly creepy happened–but at least once a scary bit turned out to be a dream–or was it?

My google-fu is strong, but I totally wish that I could find what I was looking for as fast as Lacy . . . things practically jumped off the computer at her, and she believed everything without question. That led her to expert and cat lover Edwin Pollard (J.K. Simmons), a Strieberesque zealot happy to dispense advice and not much help. I was amazed he could deliver his lines with a straight face, but he is a talented performer.

One especially annoying scene featured two teenagers strolling through a public place, past multiple adults, with one of them openly carrying a realistically colored (non-neon) toy gun. I can’t think of anywhere where that wouldn’t be questioned by someone–my messenger bag gets searched about half the time when I go into the movie theater . . . .

Josh Hamilton is fairly one-note as Daniel–angry and abrupt, making you wonder how this marriage ever worked. Keri Russell is even more one-note, playing Lacy as confused and scared, with a side order of wide-eyed. Dakota Goyo and Kadan Rockett do a much better job as their children, showing great range, both anger and concern for their parents, and in the case of Goyo, comforting his younger brother and defying his parents when the stress gets to him, too. His is the performance to watch.

All in all, an annoying unsatisfying film, complete with a depressing, unsatisfying ending, with a few bright moments for the animal lovers among us. 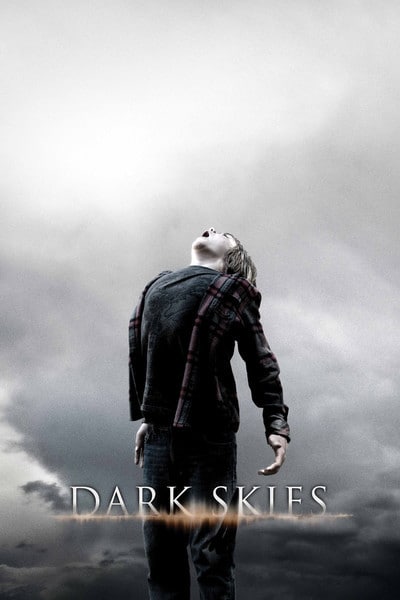 Article Name
Dark Skies Movie Review
Description
This is a typical drama about a married couple whose marriage is falling apart because of financial stress, who find each other and pull their family together as the adversity increases. The paranormal elements might as well not be there.
Author
Elektra Hammond
BuzzyMag.com