Dinosaurs, Zombies, and Trekkies, Oh My! 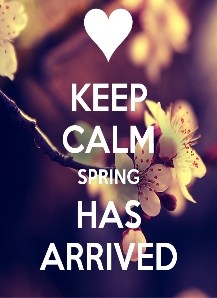 Spring has sprung, and we’ve survived the evil that is Daylight Savings Time—barely in my case. Since we’ve been tortured by all the horrors of winter this year, we need to celebrate in a truly geektastic way. We need awesome. We deserve splendid.
March came in like a lion in theaters with Jack the Giant Slayer and Oz the Great and Powerful,. The book world kicked up the awesome another notch with James Marsters narration of The Rift Walker, the second book of The Vampire Empire by Clay and Sue Griffith. If you haven’t had the joy of hearing The Greyfriar, (also narrated by James Marsters) you should probably go and procure it immediately! Did I mention that they’re read by James Marsters? I could listen to his voice forever.

April showers usually bring May flowers but this year they bring dinosaurs! Breathtaking, up close and personal, giant reptile-toothed monsters that will eat your face when Jurassic 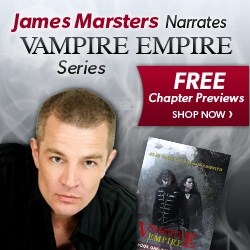 Park 3D comes to theaters. The icing on the awesome cake is that this twentieth anniversary movie will be at the IMAX. The seats will shake! So, if you have small children in the family, plan on nightmares. If you have young nieces and nephews—go for it!

If terrifying kids once isn’t enough for you, the long awaited remake of the 1981 cult movie classic, The Evil Dead will be in theaters nationwide. This film is an archetypal horror in more ways than one. Five friends go to a cabin in the woods where they find the Book of the Dead and unknowingly unearth evil demons. One, by one they’re possessed until there’s only one left to fight. Totally scare-the doodle-out-of-you classic, right?

will be released and I, for one am excited. Touted as urban fantasy in the vein of Jim Butcher (Yes, I’m prejudiced. Sue me.) This book is written by the man who won a Hugo for Dr. Who and has done comics for both DC and Marvel. How much cool geekiness can reside in one guy? So anyway, this jaded London detective discovers that a dead suspect made a deal with some supernatural evil. Because of this case, he and his team now have the sight and realize the true nature of what they’re fighting and the bizarre paranormal side of London. I’ve read the first few pages and they are awesome and gritty and oh so very British. You’ll love it.

April showers usually bring May flowers, but the true geek knows that May is also bringing superheroes! We’ve waited forever plus for Iron Man 3 and it is here. Tony Stark finally has the answer to his

big question, “Does the man make the suit, or does the suit make the man?” I won’t go on and on about the plot because I know you’ve watched the trailers eighty-gerjillion times like I have. We should all probably just say, “Thank you, Marvel.” But I’m really already thinking, where is Iron Man 4, huh?

Bring out your Starfleet academy gear and get ready to cosplay at Comic-Con because Star Trek Into Darkness is also out in May. Benedict Cumberbatch (who I’ve fan-girled since my first episode of Sherlock) will star as Khan. This one fact makes me squee with joy whenever I think of I,t and if I’m not out in public—okay, in public, too.

Get ready to cry because the very last ever Sookie Stackhouse novel is due to arrive. Dead Ever After by Charlaine Harris will be released on May 7. A shocking murder rocks Bon Temps and Sookie is arrested for the crime. Released on bail, she investigates, only to discover that everything she believes to be true about her town is a lie. True Blood fans can relax because season 6 is on the way.

Can we all say Epic Fantasy, because Chuck Wedig has created a new series for Abaddon Books. Gods and Monsters: Unclean Spirits (Gods & Monsters)

will also release on May 7. Gods and Goddesses battle on Earth for the worship and devotion of mankind until one God, with an army of angels, decides to destroy the rest.

June’s warmer temperatures won’t be the only thing heating up spring as Superman returns to the big screen in Man of Steel. Since he’s my personal favorite of superheroes, I’m anxiously (and maybe obnoxiously) waiting to judge Henry Cavill’s performance. He was awesome as Charles Brandon in The Tudors, so we’ll see. He certainly looks like Superman.

I know I geek out on all things zombie but I’m totally stoked to see Brad Pitt in World War Z. Based on the book of the same name by Matthew Michael Carnahan, World War Z is an apocalyptic horror film. Apocalypse, zombies, and Brad Pitt—what’s not to like?

The first of two new Stephen King novels arrives this month. Joyland is a hard crime novel set in a 1973 amusement park, with ghosts! The cover is amazing, reminiscent of the horror novels on the paperback racks that my mom would never let me buy. And, speaking of paperbacks, this title will only be released in that particular format with the e-book coming sometime in the future.

As if a new Stephen King book wasn’t enough glory for June, Neil Gaiman will also amaze us with a new title, The Ocean at the End of the Lane

It’s his first adult novel since Anasi Boys, which was a #1 New York Times Bestseller. All I know about it is that there is magic, and horror, and is full of the awesome goodness that is Neil Gaiman.

March, April, May, and June are chock-full of geeky fun. We win at spring!

Article Name
Dinosaurs, Zombies, and Trekkies, Oh My!
Description
Spring Book & Movie Releases. Spring has sprung, and we’ve survived the evil that is Daylight Savings Time—barely in my case. Since we’ve been tortured by all the horrors of winter this year, we need to celebrate in a truly geektastic way. We need awesome. We deserve splendid.
Author
Julie Butcher-Fedynich
BuzzyMag.com