Successfully crowdfunded production with all-star cast James Marsters, Luke Perry and Adam Johnson – It’s the entertaining fix every movie buff needs
Fantasy/Action/Comedy. Lord Tensley (a wizard) is in love with Princess Ennogard, who does not reciprocate his feelings. Beyond angry, the jilted and bratty Lord commands his dragon to destroy all hopes of love throughout the land. Estranged brothers Camilan and Ramicus reluctantly come together in an attempt to end the love genocide.
Directed by: Maclain Nelson
Starring: James Marsters, Adam Johnson, Luke Perry 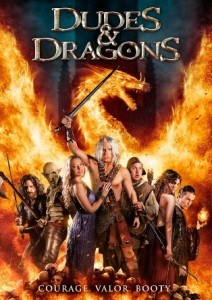 What are some basic ingredients for an action fantasy comedy?  For Dudes and Dragons

it begins with a damsel, a powerful wicked Lord with a bad case of unrequited love, and  a dragon.  The Lord/Wizard commands his dragon to wipe the Kingdom clean of evidence of l-o-v-e until this damsel agrees to be his, body and soul.

Into the mix is the always-necessary ragtag band of reluctant heroes on a quest.  Think Princess Bride on a really tight budget. It took me a little while to warm up to it but as it rolled along it hit all the right notes with moments of tribute to Star Wars, Lord of the Rings, He-Man and yes, even Titanic.

In a film that has its tongue firmly in its cheek, there is a need for nimble acting to handle the swing between action and comedy.

James Marsters (narrator of the best-selling audiobook series, Vampire Empire) as Lord Tenly, the evil conjurer, never hits a false note. When he is on screen he brings out the best in anyone who shares the scene with him.

Adam Johnson also put in a good showing as believable Ramicus – a bit of a wastrel and mercenary. His brother, Camilan, is in love with the Lady Ennogard, the elf princess. Camilan attempts to enlist his brother’s help in freeing her, but honestly his whining was unappealing and if it wasn’t for the magical messenger sent by the Lady herself , Ramicus would have gone on his merry way without a second thought..

The film was written and directed by Maclain Nelson and Stephen Shimek , both of them have worked in the genre before and while they have fun with it, they don’t make fun of it in a way that fans of Galaxy Quest would understand. 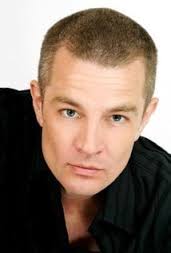 James Marsters plays Lord Tensley in Dudes and Dragons. He is known for his role as Spike on Buffy the Vampire Slayer, follow up series, Angel and audiobook narrator of the Vampire Empire series by Clay & Susan Griffith.

This is the little movie that could.  Dudes and Dragons began its life as Dragon Warriors. It was crowd funded by people who trusted that a project taken on by James Marsters and Luke Perry had a good chance at being worthy of being produced.

One of the advantages of this type of funding is that a large portion of the audience receives blow by blow updates of the production. It makes them feel vested in the eventual project and I freely admit that Buzzy was also a participant and it did affect the way we looked at the final cut.

The Kickstarter crowd funding was successful and the show did go on. You can sense the care of the filmmakers in the production. They did an enormous job with a small budget. Is there a lot of green screen? Yes, but then when you need to make a dragon appear on screen it should be expected.

Is it an “A” movie? No. But it is entertaining and you can watch it on Amazon Video

or VuDu for just $3.99. Of course if you are a collector and if you were thinking of getting it autographed you could by the hard copy for $9.99. 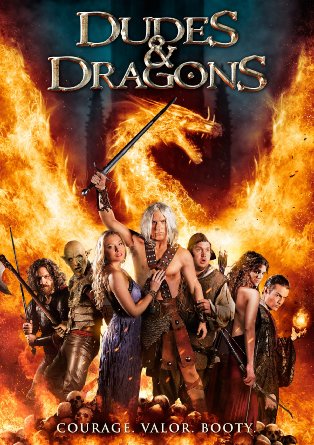 Article Name
Dudes and Dragons - Movie Review
Description
What are some basic ingredients for an action fantasy comedy? For Dudes and Dragons it begins with a damsel, a powerful wicked Lord with a bad case of unrequited love, and a dragon. The Lord/Wizard commands his dragon to wipe the Kingdom clean of evidence of l-o-v-e until this damsel agrees to be his, body and soul.
Author
June K. Williams
BuzzyMag.com