Jean: Hello, this is Jean Marie Ward from BuzzyMag.com. With me today is Emilie Bush, best selling author of the Brofman novels and two wonderful steam punk children’s books; “Her Majesty’s Explorer” and “Steamduck”. How hard was it to go from the adult oriented adventures of the Brofman series to illustrated children’s books Emilie?

Emilie P. Bush: It was pretty simple. All it took was an illustrator to tell me; “Hey we should do a project together.”. I met William Kevin Petty online at Facebook. He was a deployed soldier and he had read my Brofman books and had sent me a picture. And every once in a while you get fan art from people who read your books and usually you say “Well that’s nice.” and you know, that’s the end of it. And he said; “Well I’d like a little bit of feedback. I’m interested in the Steampunk movement. I want to know what you think of my drawing. Does it look like your ship?” And well I said. “Well this is a little different in my imagination and these things are in different places.” And that’s how that goes. And that’s usually when you don’t hear from them again. Well the next day he had an equally detailed drawing to replace the first one with all the corrections that I had spoken of and I was like now you have my attention.

Emilie P. Bush: So he has the talent of a very talented illustrator and he has the discipline of a soldier and he’s a dream to work with in terms of finishing projects and getting things done. And that’s an important thing, if you write children’s books, to have an illustrator that you work with that’s not flaky you know? Someone who gets stuff done.

JMW: Yeah, who gets something done on a schedule.

JMW: But why Steampunk? You know? I’m going to ask the question that he asked you. Why Steampunk?

Emilie P. Bush: I had a fiend who did a little character study of a character called Henrietta Hoppingood and I loved this little vignette that she’d written and I said “Hey, are you ever going to do anything with that character?”, and she said “No, I don’t think so.”. And so I studied it and thought about it and I just finally in the end took two elements from it; which is the shady airship captain and the professor. And I said, I’m going to give that back to you and she said “no gives-backsies. You took her, you have to keep her”. So there’s a small character, Henrietta Hoppingood, in the novel which is the homage to the woman who…

JMW: And the airship Brofman.

Emilie P. Bush: Professor Candice Mortomor (SP) has a good friend which is Professor Henrietta Hoppingood. So she makes a tiny appearance in the book. But that’s where it started. And I love the adventure tales and I like the idea of creating this world, a world building experience and Steampunk lends itself to that and I like the people in Steampunk so I create for them.

Emilie P. Bush: And it was just a natural carry-over for the children’s books as well.

JMW: Yes, so is it the technology, is it the costuming, or is it exclusively the people?

Emilie P. Bush: My father was a soldier, so I grew up around uniforms and things like that so I like clothing that makes the message. But I also like the idea of looking backwards or looking into a dystopic future with our 21st century eyes.

JMW: Where the corset tree was all hidden behind the dressing.

Emilie P. Bush: Yes, so I like that rebel-ness that I think is…

JMW: The punk-ness of the Steampunk yeah.

Emilie P. Bush: Yeah, I think that’s necessary for Steampunk. There’s a lot of things where they glue some gears on and they don’t quite get the idea of playing with cast and role and nature and gender and all of that. I like to dress Mr. Darcy. It’s one of my favorite costumes; one because it’s the most comfortable, but it’s kinda subversive to cross play in that way. And I meet a lot of people who go; “Hey you look fantastic and Edwardian as a man.”.

Emilie P. Bush: I am. I am the editor and chief of Steampunk Chronicle.

Emilie P. Bush: SteamPunkChronicle.com. And it’s been fun under my time there. They brought me on originally as a marketing editor and I worked with them and said; “You know what we really need is our readers to participate with us.”. And we started something called the Reader’s Choice Awards. The SPC, Steampunk Chronicle, RCA, Reader’s Choice Awards. So the SPCRCA started last year and then it’s come around again this year. And it’s amazing to me how important the Reader’s Choice Award has become to the movement. There’s a lot of people who are nominated this year and they are really actively campaigning. Some of them put videos together all in good fun. Spreads on Facebook about “Oh I’m up for best dressed”, and ‘hey, look at all my pictures and we’d really like you to come vote’. We’ve had something like 80 thousand page views on the voting site. It’s a huge thing. I’m surprised. It went from something like a total of 10 thousand over the entire course of the nomination phase and the voting phase last year. To the voting phase alone having this huge number. It’s begun to mean something to say “nominated” or “winner of” Steampunk Reader’s choice Award. I’m impressed with the people and how they participate.

JMW: But Steampunk is not the only shot in your really large retro-weapon. I understand that you’re working on a mythological fantasy set in New York City. Can you tell us a little bit about that?

Emilie P. Bush: This is called “Cryptid”. “Cryptid” is, it started out as a flash fiction challenge, I wrote a 2000 word flash fiction challenge about a character named Elizabeth Monday who really, deep down, is me and she’s funny and self deprecating and she’s sort of this unbalanced jogger who loves the idea of New York City. And she accidentally cheeses off a Greek God and then she starts seeing all the wackiness, all the imaginary creatures that live in the city and it’s really a great time. Not for her, all chaos breaks loose. But she learns a whole lot about understanding what she really sees, what’s really there. I think a lot of your later 20’s and early 30’s is realizing that you had an idea of how life is. And she then starts to have that veil lifted and sees what’s really there. And that’s sometimes a rude awakening.

JMW: So that is currently up on the Amazon…

Emilie P. Bush: Amazon Breakthrough Novel Award Competition. It’s a quarter-finalist at the moment. They make cuts along the way. By the summer we should find out how well it does. I’ve been an ABNA semi-finalist with Chenda and the Airship Brofman so, not my first goat rodeo. And like Steampunk, ABNA has its own community. There’s a number of folks out there who reach out and say ‘Hey, we’re writing in science fiction in the same genre. Why don’t you read mine and I’ll read yours and we’ll give ourselves some critiques.’. It’s a nice way to do it. That and it’s one of these great competitions for writers that doesn’t cost something and in the end, means something. There’s a lot of kind of phoney-bologna ones out there and this is a real good one. I encourage people to join in.

JMW: That’s good. And especially since so many people have problems with Amazon, to put it mildly.

Emilie P. Bush: You know Amazon’s been really really good to me. I find that the service that they provide to help me as an independent publisher, I mean I have two childrens books that are bestsellers on Amazon… And that’s because if you educate yourself and use Amazon as the tool that it is you can do great things. It’s not this fantasy of I’m going to throw it up there and see what happens. You actually have to work at it.

JMW: You sort of have to work at anything that’s worthwhile.

JMW: What’s next for you and the characters that your fans have come to love?

Emilie P. Bush: My name has suddenly been changed, at these conventions to, Hi where’s-the-next-book, Good to see you where’s-the-next-book so I have plotted out the third and final installment in the Brofman series. I have also plotted out two more books in the “Cryptid” series. The next one I plan on calling Straw Angels. Which is where a heartbroken Elizabeth Monday kind of hobbles together the perfect man out of the bits and parts of all the men she knows. That’s dangerous in her world.

JMW: That’s dangerous in her world.

Emilie P. Bush: It’s dangerous in her world as well. In fact waking from the dead is the easiest part of that book. So there’s that. So I’m going to complete both of these series. And I have a new childrens book that’s just been sent off to Kevin my illustrator. I think it’s the best thing we’ve done together. His drawings improve by leaps and bounds, his creativity, his vision. It’s great the way we work, he’ll say; “All right, the next book, I want it to have a female main character and we need to talk about the nature of steam.” You know because there’s no childrens book that’s really dealt with that yet. “And it needs to have a penguin, and an owl, and a mechanical mouse, go.” It’s like Mad-Libs working with Kevin. He’s like this is what I want to draw and I go okay I know you well enough that I can write to your strong suites and put in the things you want and make you draw the things I want you to draw too.

Emilie P. Bush: So we have a great working relationship that way. So we have many more things plotted out for the remainder of 2013 and into 2014 so there will be more of these stories.

JMW: Great. That’s wonderful. Well, anything you’d like to add?

Emilie P. Bush: I’m really enjoying the mix of doing novels and doing childrens books. It’s like it takes the pressure off. You do something deep and emotional and digging and then you can think hard on doing something that’s morally uplifting and childlike and innocent. You know some of the things I get into in “Cryptid” make your heart like a bag of glass. I’m really enjoying the escape that way.

JMW: And thank you to BuzzyMag.com. 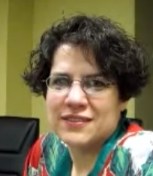