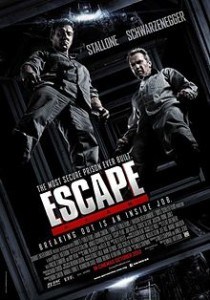 He breaks out of prisons.

He’s a believer in what his book espouses, and again and again he points out the flaws in what should be solid security. He and his team are the absolute best at what they do.

Until Ray is asked by the CIA to test a new prison–one designed to be escape-proof, using new strategies to correct common weaknesses pointed out in his book. Now he has to use every trick he knows, and come up with a bunch of brand new ones to see if he can find his way out of “The Tomb.”

Along the way he works with fellow inmates Rottmayer (Arnold Schwarzenegger) and Javed (Faran Tahir) in exchange for helping them bust out, too. These unlikely prison pals give plenty of action, even as they cooperate in trying to escape. After all, to get what you want in prison, sometimes you have to start a fight, or spend some time in solitary.

The strength of this one lies with it’s extremely smart script. It keeps you guessing at what’s going on, even as Ray and his new pals are trying to find their way out, with a side order of rough and tumble sure to please fans of Stallone and Schwarzenegger alike–even if they’re playing nice, they have to make it look real . . .

The design of the prison, too, is just believable enough that you could see someone (or maybe a group of someones) coughing up the dollars needed to keep their enemies on ice until the political climate changed, etc. It was hard to do anything in secret, and despair set in pretty quickly.

Hints about the possible corruption made making any move even more inherently risky, but the status quo didn’t seem none too safe, either. Few options, and all of them are bad. You keep your friends close and your enemies closer.

Even so, it took a lot of trust, some help from the inside of the prison and on the outside (once a message could get out), and the outcome was never a sure thing. Warden Hobbes (Jim Caviezel) ruthlessly and efficiently runs the Tomb with a keen eye to detail.

In the end, well, it’s up to the viewer what they take away from this carefully crafted box. Me, I’ll go lock my doors and windows again before bed, just in case. 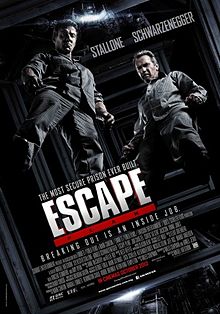