FAIRIES AND THE DRESDEN-VERSE
© Buzzy Multimedia
by Theresa Bane

Have I mentioned lately how much I love “The Dresden Files?” It was long and ago that I first discovered Jim Butcher and his intrepid wizard hero, Harry Dresden, Chicago’s only practicing wizard (he’s in the yellow pages, go check for yourself). In fact it’s going on ten years now, or, there about. Hard to believe that Butcher has written 11 Dresden files book, 5 Codex Alera books, a Spiderman novel, a Dresden graphic novel, two novellas, and who knows how many short stories for various anthologies. Prolific much?
And in these past ten years there have been a lot of flash in pan authors who have come and gone. Many a book series has been born, lived, and died out since the first time we read about Harry and his wizarding escapades. One may wonder why , but the answer is simple-The Dresden Files are still with us because of the quality of writing that Butcher consistently produces. Each novel is great. I have yet to read an OK book from the man, let alone a bad one. Even his short stories that have appeared in numerous anthologies are works of freaking awesomeness.

Another reason I suspect that the Dresden Files has been with us for all this time is due to Jim Butcher’s research. There are numerous creatures and characters from various cultures’ mythologies that are respectfully, and properly, represented. One such example of this would be his treatment of the Little Folk, or fairies as those woefully mundane may refer to them.

Although I am not privy to Butcher’s research methods, it is apparent that if he does not do it himself, he has an expert researcher doing it for him.

To most people when they think of fairies, they picture cute little pink wigged people, al la Tinkerbell, who flutter about from flower to flower, sprinkling pixie dust, wearing clothing made of leaves or other such cuteness. This popular conception of fairies would get you killed if you ever encountered one, were they real. As a researcher and collector of mythologies and lore, I can tell you for certain that the original tales of the Fey folk are much darker than you can imagine. The reality of it, so to speak, is that if you were to ever encounter a fairy, you’d be lucky to escape with your life and cursed with something that you could learn to live with. Even the nice fairies in mythology are very dangerous and prone to violent mood swings and overkill punishment when it comes to dispensing what they consider justice. The real fey are less like Tinkerbell and more like the shark from Jaws.

In the Dresden Files, the Fey of that world are broken up into essentially the Winter Court and the Summer Court. Depending on the time of year, be it summertime or wintertime, its respective court is in power, that is, more powerful than during the off season, just like NFL players. For instance, if a quarterback is found recreationally killing and torturing dogs for fun and profit in the off season he is prosecuted just like any other rich person. However, if it is football season and his team is doing well, he’s made to pay a fine that you or I could afford and cannot play football for an entire game and a half.

Queen Mab is the primary ruler of the three Queens of the Unseelie (also known as Winter) Court, an evil and cold hearted bitch with lips that look that frozen raspberries. She purchased Harry’s debt from his (I kid you not) godmother who happens to be a faerie. Mab is among the most powerful beings in the Dresden Files so far encountered, as she performs powerful spells of magic with a casual and lackadaisical ease. She may be going insane, and in all fairness, many in her court already are, so it’s hard to tell. Since she is a secretive and manipulative being, she could be merely acting so. 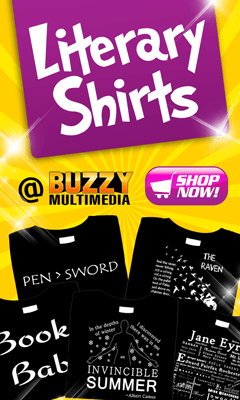 William Shakespeare is the one typically given credit for popularizing the fairy queen Mab originally, although lots of other writers from numerous time periods have done so since. (Apparently, she is copyright free and considered public domain as a character.) Shakespeare most likely borrowed the name from the Celtic goddess, Medb who in fact may be a regional interpretation of the Scandinavian goddess, Mara. Shakespeare’s Mab is said to be the wife of Oberon, King of the Fey. As you may or may not know, being married to the king does not automatically make you the queen unless that right and title is part of the marriage ceremony. Nevertheless, Mab is described as a small being that drives her chariot over the face of a person as they sleep and gives them dreams where their wishes come true, or the plague. Occasionally a nightmare will do when the other options seem a bit much. Fairy logic is what it is.

Back in the Dresden Files universe, Queen Tatania is the primary of three queens of the Seelie (or Summer) Court, and has yet to be introduced as a character in the novels. Harry has doings with the Winter court since that is where his IOU happens to be, if not his favor or loyalties, so there is little to no reason that the beings of the Summer court would have anything to do with him.

Shakespeare also wrote of Tatania in his play A Midsummer Night’s Dream. There she is said to be the Queen of Fairies who is married to the King, Oberon. Fairy lore that is older than Shakespearian works never mentions a fairy king or queen. Other authors have also used Tatania in their works as a fairy Queen, apparently the tradition of borrowing Mab and Tatania is longstanding and in good company.

In the Dresden Files, each of the Courts is set up as one might imagine a human court of royalty to be. Faerie Knights and Lords and Ladies abound, as do armies on both sides. But that is about where the similarity ends. The Faeries of the Dresden Files are clearly not humans; they do not think like humans, have goals and objectives like humans, or think along even a similar wavelength as humans. In fact, they pity humans for their mortality, morality, and limited understanding of their own world and everything in it. Humans on the other hand have trouble understanding Faerie objectives and goals because the fey are just not motivated by the same things that humans are. Even abstracts, such as power, are not sought after the way or for the same reasons that humans seek it. Basically, understanding the fey is like trying to understand why nature is the way it is. A hurricane is not an evil being, but it is an aspect of nature, how it is interpreted by humans is what makes it evil, and then only to humans. Sharks don’t care about hurricanes anymore than they would tumbleweeds or the stock market, and why would they?

What is amazing is that Butcher is able to make a kind of sense of it all. The fey are not major characters or influences in the Dresden-verse, so as a reader you don’t have to deal with them often. But in books where the fey play a prominent roll, like in “Summer Knight,” the faerie politics alone can make you want a tall, stiff drink. Although most prominent in book four, the fey are the very catalyst for book 10, “Small Favors.” Mab calls in one of Harry’s favors, a small one in fact. Basically after the first couple of chapters, the fey just let the story unfold as it will until just at the very end while all hell is breaking loose. At least the Gruff who has appeared to challenge Harry realizes he’s come at a bad time, by human standards. But since the release of 40 powerful demons coming forth into the world of man is not his concern, the Gruff continues on with his objective which is to kill Harry in an honorable duel. Honorable to a member of the Unseelie court that is.

But I have to say this, if you are a fan of the series, you have to admit that of all the fey characters, Toot-Toot is your favorite. And to those of you who don’t know, Toot-Toot is a small, winged critter who works for Harry in exchange for pizza. He once led a battalion of fellow fey armed with plastic handled x-acto knives against a peat moss monster in a Wal-Mart garden center. But it has not always been heroics when little Toots shows up. Once, Harry rescued him from the Vampires of the White Court where he was being used essentially as a tea light in a paper bag, one of many being used as decorative ambient lighting.

And if you haven’t heard James Marsters voice Toot-Toot in the audio books of the Dresden Files stop reading this article as soon as you get to the bottom of this paragraph and follow the link, buy “Summer Knight” as an audio book. OMG! As if I needed another reason to love James Marsters!

For those of you still reading, Thanks but, that’s all I got.

Listen To FREE Audiobook ChapeterS  From The Dresden Files by Jim Butcher!