JMW: Hello. This is Jean Marie Ward for Buzzy Mag. With me today is Faith Hunter, the bestselling author of the Jane Yellowrock series. Welcome, Faith.

Faith Hunter: Thank you. I’m really honored to be here.

JMW: Well, we’re honored to have you. The origin of the vampires in the Jane Yellowrock series is one of the most original I’ve ever read, especially in urban fantasy. How did you come up with it?

Faith Hunter: Vampires have been around for-in one form or another-for millennia, part of mythology for a very, very long time. But in the Christian era, they became much more satanic, evil, charismatic and charming, all at the same time. But they always had this fear of the cross. So I used that. I took the event of the crucifixion and let it become… let the crosses and the iron used in the three crosses on Golgotha be used as a weapon that created the vampires and then to be used as a weapon against them. It just seemed fitting and proper for my vampires to begin with the advent of their greatest fear.

JMW: It’s fascinating to read. It really is.

Faith Hunter: I’m a glutton for punishment. Yes, it is. But I figured there’s enough room in the world for all of the mythologies in the first place. There needed to be a place where they could all come out and play together. So that was part of my intent. I didn’t want to do Grecian or Roman mythology. I wanted to do those with which I was the most familiar and because I am 40 percent Tribal American, I am more familiar with the Cherokee mythos than I would be, say, the European mythos and so those are the ones that I went with and those are the ones that I’m having the most fun with.

JMW: Really, you can tell. Jane is a skin walker who shares her body with a puma. Recently you started checking out big cat sanctuaries with an eye toward charity. Could you tell our viewers a little bit about that project?

Faith Hunter: Animals are still being bred for pets, for fur, for teeth, for bones and if they don’t turn out the way the breeder wants, someone has to take them. And that has resulted in an awfully lot of ill-bred, genetically-inferior big cats, specifically tigers but also the mountain lion-the puma. Jane originated as a Cherokee in the
Appalachian Mountains at a time when there were pumas, so that’s how she ended up with a puma in her soul and so it seemed only appropriate that I go back to Jane’s place of origin and find a puma that needed attention. So through a sanctuary in North Carolina, we will be adopting a puma called Star and my street team and I will be raising money and I will agree to match up to $600 for feeding Star for a year. It costs $1,200 to feed one big cat per year and that doesn’t count the keeping the habitat up and keeping the facilities going so that’s our start is $1,200 to feed Star for a year and we will be launching that shortly after Dragon Con. So you can go to my website, faithhunter.net, and see all about it.

JMW: Cool. That’ll be very cool. And nothing does as well on the internet as pictures of cats and you’re probably going to have the biggest cat to have pictures.

Faith Hunter: Actually, she’s not the biggest, but she’s the most active. Star has not been fixed, so Star does a lot of posturing. And she’s in a pen-in a large enclosure-next to two males, so Star is very active and gregarious and yeah, there will be lots of pictures.

JMW: Some of them may be on the kind of searches you don’t want to talk about.

Faith Hunter: No, no, no. They’re not allowed to breed. That is one of the… When we were searching for habitats, one of the main things that we were looking for in a sanctuary was one that did not allow breeding. That just makes the problem of what to do with the next big cat worse and we didn’t want to perpetuate a problem. Now of course, there have been a lot of sightings in the Appalachian Mountains in the last six months of free roaming pumas, so we may be seeing some changes in all of the sanctuaries, which will be fun.

JMW: Yes, it will be. Good to see when the wildlife comes back.

JMW: But Jane isn’t the only one sharing her body. Who are Gwen and Gary Hunter and what do they write?

Faith Hunter: Yeah. Well, those are other people inside of me and I started out writing with a co-writer. His name was Gary Leveille. He was a cop who had just come out from undercover in the drug scene in South Carolina. We met in the emergency room at 2:00 one morning and hit it off instantly. We sat down, started writing a book, and although it took a long time, we managed to get a book finished and we sold it to the first publisher who looked at it, which was very cool. It was sold seven days after I sent it out for the first try, which never happens-never, ever, ever-and it did. So that was very exciting. We had two books in the Garrick Travis series, under the name “Gary Hunter” and then I went so low in the thriller field under the name “Gwen Hunter,” which is also my name- along with Faith-and I wrote maybe, I think, 12 or 15… I could count them up but I don’t really keep track of it-I’m sorry; I know most writers do, but I don’t-novels under that name and now I’m writing under my middle name and I’m writing fantasy. I’m writing urban fantasy, which I adore because it is really a thriller in paranormal clothing.

JMW: Certainly. I can attest to that. What are you working on now? The next Jane Yellowrock or something else?

JMW: That’s a heck of a schedule.

Faith Hunter: This has been a very, very busy last two years. I am not… 2014 is not going to be as busy for me. I am sort of taking it easy and turning down short stories and I’m going to write a novel. That’s what I’m going to do.

JMW: Oh, we’ll see if you stick to that.

Faith Hunter: Yeah, I know. I know. I’m a glutton for punishment. That’s how we started this out, isn’t it?

JMW: Yeah. Anyway, is there anything you’d like to add?

Faith Hunter: Not really. I am very happily employed as a writer and love it. It fulfills all sorts of deep, dark, angsty parts of me and I get to come to Cons and meet wonderful people and have fun and be on panels and life could not be better. It really is a wonderful way to live life as a writer.

JMW: That’s great. Thank you so much, Faith. And thank you for BuzzyMag.com.

Faith Hunter: Thank you for having me. 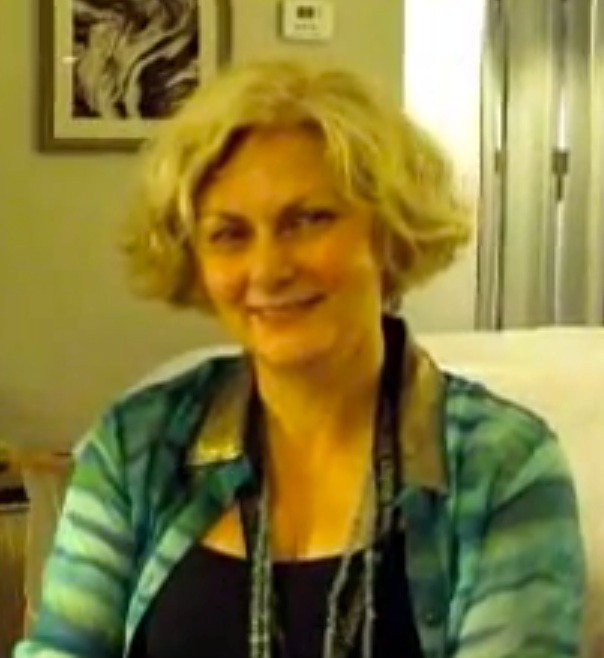 With me today is Faith Hunter, the bestselling author of the Jane Yellowrock series. Welcome, Faith.