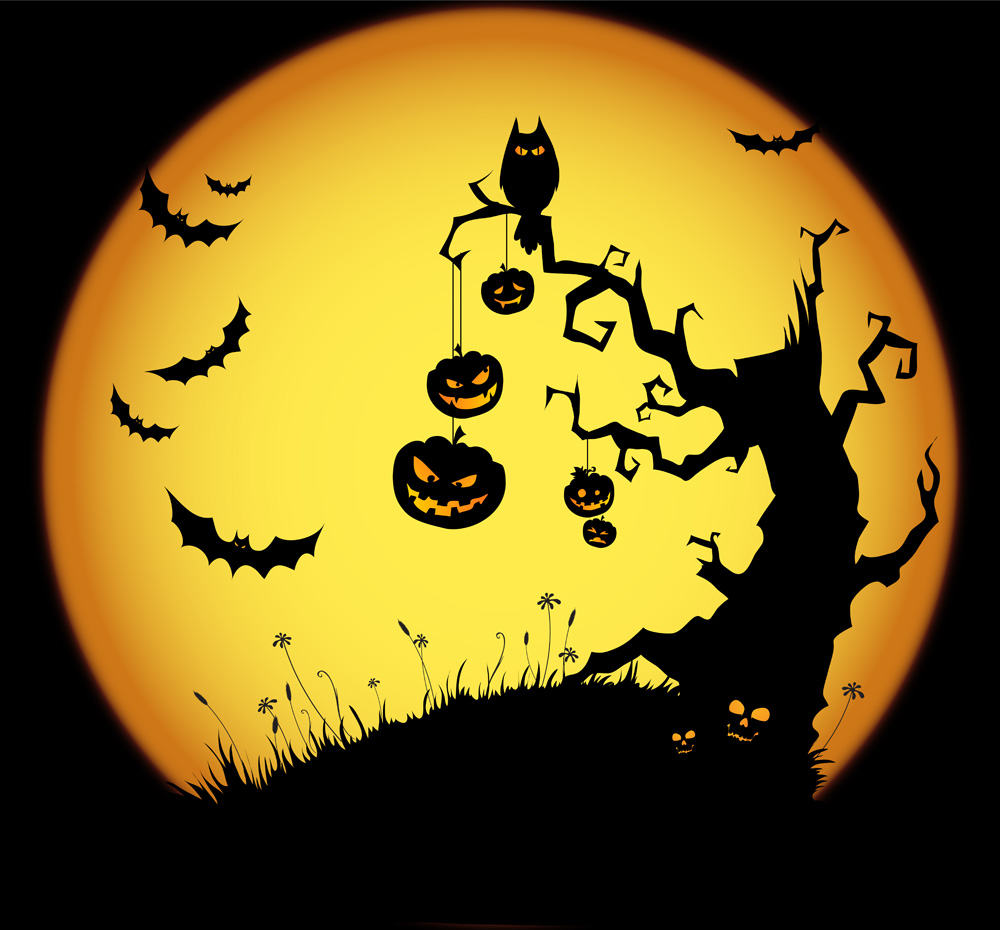 All Hollows Day” (or “All Saints Day”), was first celebrated as a Catholic day in honor of saints. This was designed by the church to wean people off the pagan holiday that occurred at this time of year. Halloween has Celtic roots. The Druidic pre-Christian tradition that most closely aligns with Halloween is Samhain or “summer’s end” in Gaelic. Samhain dates back to 800-600 B.C. and was celebrated on the evening of October 31, the last day of the Celtic calendar, through November 1st. It was and for some people still is a harvest festival and deals with the end of summer and the onset of winter. The dark half of the year brings death in nature and at Samhain the wall that separates the Otherworld and our world is supposed to thin and allow travel between the realms.

Here are some of my favorite Halloween Traditions and Symbols. What are yours?

These ubiquitous symbols of Halloween are used today as decorative art or a carrying container for candy. People who look at Halloween as a demonic celebration will say these were lit with the fat of human sacrifices. Untrue. They were used to light the way to the evening’s celebration on the evening before Samhain and the carving represented spirits and otherworldly beings and they were also used to protect the home from any unwanted spirits and so were sometimes set on the windowsill or doorstep for protection. 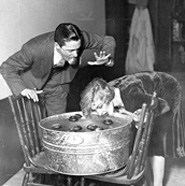 While we use this as a party game it originated as a form of divination and a way to pair up couples for marriage. That’s right, I said marriage! When an apple is sliced in half the seeds form a pentagram. The Celts believed that the pentagram was a fertility symbol so they believed apples could divine who should get married, especially at harvest time. Unmarried people would try to bite into an apple floating in water or hanging from a string. The first person to bite into the apple would be the next one to marry. Talk about speed dating.

Dressing Up In Costume:

Costumes were worn to honor the dead and to hide from unfriendly spirits. It was intended to make sure the demons would not recognize you, also to make the demons think you are one of their own and possibly to scare the demons away. Cross dressing was common especially among young men. What demon will try to possess a guy when he is dressed up like his dead great aunty Machida. Costumes were also used in telling stories of gods, demons and animals around the bonfire.

Going from door to door asking for neighbors to give children candy while mildly threatening a “trick” if there is no treat is also derived from the earlier Celtic custom. Druids, who were the priests of the Celtic people, would go from house to house on the evening before Samhain and they were given food by the householders who hoped the power of the Druids could keep demonic beings away from their homes on a night where such beings could travel to our world and harm the living. When the church took over, the custom changed to one of going “souling” from door to door. Poor people would be the ones knocking on your door and they offered prayers for the dead in exchange for soul cakes. Later it changed to “guising” which more closely resembles the modern trick or treat as children would be disguised and go about seeking money, candy and cakes while carrying a lantern to light the way.

In a way this continues the telling of tales around the bonfire aspect of Samhain eve. If you are watching the movies on your TV or Ipad it takes away some of the communal aspect but the root of it is not so different. One Greek account states early Celts sacrificed prisoners captured during a battle during Samhain. Not exactly Freddie or Jason but pretty creepy.

Not seen today in urban America unless you count the arson that sometimes rears its ugly head in some cities. In Celtic tradition at sunset on the 31st, families would join as a community to light a large bonfire and offer sacrifices from their crops and animals. These were both looked upon as thanking their gods for the harvest and cleansing of the old year to prepare for the New Year.

Halloween colors. I thought of them as simply fall colors but then they would be orange and red and maybe brown. To the Celts black represents the time of darkness after the death of the god who is symbolized by the sun and also fire at this time of the start of the dark half of the year. Orange represented the awaiting of the returning of the light at Yule when the god is reborn (between Dec 21 and Jan 1).

Witches were feared by Christians and were thought to be in league with the devil. This has no parallel in Celtic tradition but the broomstick or besom had great meaning. Brooms were used to clean and the Celts considered them to represent the element of air. Women used them in rituals of purification. As to flying, there are accounts of witches flying to sabots after applying an ointment to the broom. It has been speculated that this ointment contained hallucinogenic plant extracts that made them feel like they were flying. The image of a witch flying on a broom was used to strike terror and make it easier for the remaining practitioners of the old religion to be persecuted.

Halloween has become the favorite holiday of a large percentage of our population. It is all about fun and goofyness and is free of the obligations associated with other holidays such as Christmas and even Thanksgiving.

So in the words of the an old tv theme song:

So get a witches shawl on
A broomstick you can crawl on
We’re gonna pay a call on
The Addams Family.

Did We Miss Your Favorite Halloween Tradition or Symbol?
Let Us Know In The Comment Section Below!