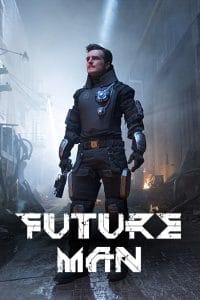 In Hulu’s new series FUTURE MAN, young lab janitor Josh Futturman (played by Josh Hutcherson of the HUNGER GAMES films) finds solace in his dull life by playing his favorite videogame. When he finally completes the last level, he is amazed when game characters Wolf (Derek Wilson) and Tiger (Eliza Coupe) arrive. They’re from the future, and the videogame was really a recruiting tool. Since Josh defeated the game, Wolf and Tiger believe he is the hero chosen to save civilization. Josh’s lack of preparation for this task does not deter his new allies, who take him all over the timeline on their quest.

If this sounds a little like THE LAST STARFIGHTER, FUTURE MAN creators/executive producers Kyle Hunter and Ariel Shaffir are way ahead of you. FUTURE MAN is full of self-aware pop culture references, along with the kind of raunchy, sometimes violent humor that is part of the ethos of its executive producers Seth Rogen and Evan Goldberg.

Hunter and Shaffir are writing partners who worked on the screenplays for and served as executive producers on THE NIGHT BEFORE and SAUSAGE PARTY with Rogen and Goldberg. FUTURE MAN is Hunter and Shaffir’s first series. The duo didn’t realize when they started developing the project that they’d wind up working on it with Rogen and Goldberg, or even that FUTURE MAN would wind up as a series.

“We originally started developing this as a movie,” Hunter explains, “so it was in a completely other realm altogether. Basically, by the time we got to the end of the movie, we felt like, there’s a lot more story to tell, there are other places we wanted these characters to go. Ultimately, we kept ending the movie on a cliffhanger of sorts, which was a symbol that we wanted to keep telling this story, so then we started developing it with Seth and Evan as a TV show, and that really opened it up to incorporating more time travel elements. You literally can go anywhere, any time, do anything.”

Time travel is a key element in FUTURE MAN. Shaffir reveals, “In the original, there was no time travel, it was all set in the present day, and it was MR. ROBOT-y. It was, is what’s happening around him real or not? And then we completely abandoned that, incorporated time travel, and then we started jumping around from time to time.”

What are the rules to FUTURE MAN’s time travel? Can Josh and Co. go beyond their own futures? “They can,” Shaffir replies. “We don’t go beyond their future in the first season. We go to the future – we don’t go beyond Tiger and Wolf’s future, but certainly that’s something that we would be open to, and there are no rules that prevent that.”

“We definitely jump around,” Hunter elaborates, “and we didn’t want it to feel like an episodic show, where, ‘This episode is in the ‘60s, this episode is in the ‘70s.’ We really want to make it serialized and sort of unpredictable and let the stories take us to different times. We’re jumping all over the place, and also spending a significant amount of time in the present and basically dealing with situations that are affecting Josh’s present.”

Hunter acknowledges having a favorite time period to play in on FUTURE MAN. “You saw we went to the ‘60s and dealt with our parents’ pasts in some capacity, but us growing up in the ‘80s, that’s something that we as children have pretty visceral memories of, and we definitely sink our teeth into that decade, probably more than any of them. So the ‘80s, that was the perfect time for humanity,” he laughs. “That was the peak of humanity, 1985.” He allows there may have been some negative aspects. “Reaganomics. That’s true.”

“But we were in Canada,” Shaffir points out. “We didn’t feel that as much.”

Although this the pair’s first experience with a series writers’ room, Shaffir says the process is not new to them. “You know, we were used to doing that already. By virtue of working with Seth and Evan on THIS IS THE END and SAUSAGE PARTY and [some of their other] movies, it’s always four or five writers together in a room, batting around ideas. So it wasn’t as if the two of us had only written together, and this was the first time we’d ever done that. It was a bigger group, but we were used to it, so it worked out quite nicely.”

Hunter agrees. “Yeah. Collaboration is the best possible way to write. You can bounce one idea off the room of eight people, and it just sort of spirals into something that you would have never come up with yourself, so it’s a great room.”

“Wow, we should try that,” Hunter responds gamely.

“Yeah,” Shaffir says, “we don’t have a system in place, now that you mention it.”

Semi-seriously, Hunter says, “We work together at one desk and face one computer and have our knees touching. That’s how we write, that’s how we feel safe, and that’s sort of the way we do it,” he laughs.

One FUTURE MAN character who has popped unexpectedly, Shaffir relates, is “Detective Skarsgard, who’s played by Robert Craighead, who, as we were writing it, we were like, oh, it’s like a genre-y idea for a character, and hopefully this works, and then we cast him, and it’s perfect. He’s awesome.”

“Yeah,” Hunter confirms. “When we first started writing that character, we assumed he’d maybe be in a couple episodes, maybe three episodes in the season, but we loved him so much that we really layered him into the entire plot in multiple timelines, so he’s definitely someone who we love dearly.”

Neither of them is working on anything except FUTURE MAN at present. “This has really consumed our lives,” Hunter observes.

“It’s taken years to do it,” Shaffir relates, “and it’s really all that we’ve focused on for the last year, and it was so all-consuming that we put all our eggs into this one basket.”

What would they most like people to know about FUTURE MAN?

“And probably every episode has a television first,” Hunter laughs. “Hulu definitely let us do basically whatever we want. We have very few, if any, limitations creatively, which was a very rare, pretty awesome experience, so it’s a completely crazy show.”

This interview was conducted during Hulu’s portion of the Summer 2017 Television Critics Association (TCA) press tour at the Beverly Hilton Hotel. 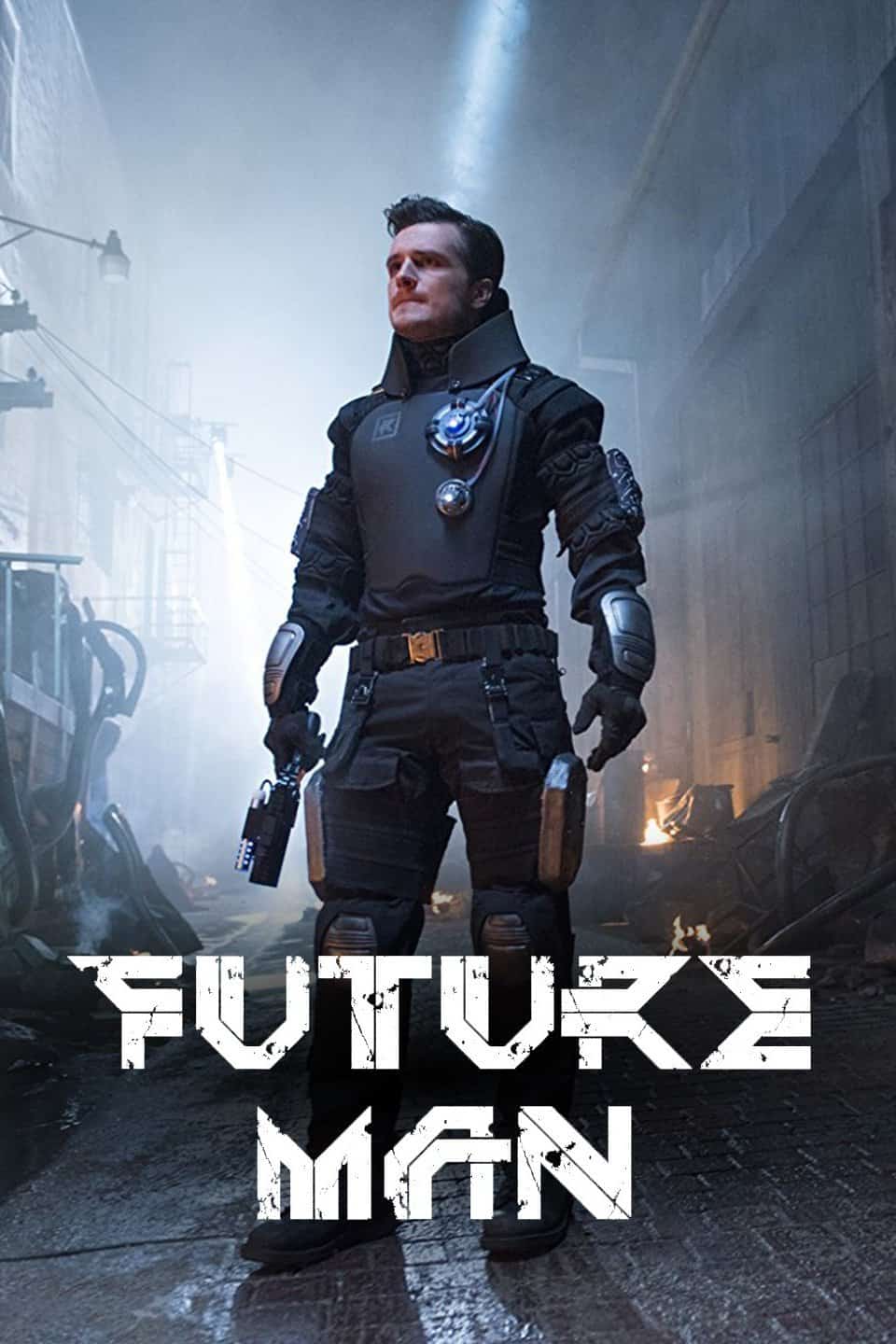