Hello, this is Jean Marie Ward for BuzzyMag.com. With me today is Gail Z. Martin, the bestselling author of “The Chronicles of the Necromancer” series. I understand you’re starting a new epic fantasy series, “The Ascendant Kingdoms Saga.” Can you tell us a little bit about it?

Gail Z. Martin: Sure. I’m really excited about it. It’s the story of Lord Blaine McFadden. He’s a young man who is sent away to exile after he murders the man who dishonored his sister. He’s sent away to the Velant Prison Colony at the far northern end of the world, and while he’s there, six years later, there’s a devastating war that destroys his homeland as well as the aggressor nation that attacked them. And in that war, the magic that sustains their society is destroyed, and Blaine discovers he may be the only one who can bring that magic back.

So it has really been a lot of fun. It’s epic fantasy, but it’s a complete departure from the world of the Winter Kingdoms that I wrote about in “Chronicles of the Necromancer” and “The Fallen Kings Cycle.” So I’m just really having a great time exploring this new world and getting to know these new characters.

JMW: What are some of the differences of the two worlds, between the Chronicles of the Necromancer series and the world of the Ascendant Kingdoms?

Gail Z. Martin: Well, Blaine McFadden has very little magic of his own. He has a slight edge in fighting that the magic gives him, but it’s nothing at all like the power that [Martris Drayke] came into as the Summoner-King. So that alone is a major difference.

Magic works differently in the world of the Ascendant Kingdoms Saga. It’s a much more diffused magic. There are some really powerful mages, but not as many as we met in the Chronicles series, but there’s a lot more minor magic. A lot more people who have small bits of magic that help them with their vocations. And so when the magic dies, this is a tremendous blow to the society because they’ve used that magic carelessly, the way we take technology for granted.

And when that’s knocked out, it’s the equivalent to us losing our power grid. How do you… Who remembers how to do things the non-magic way? What is the cost in the short term as the society struggles to get back on its feet after losing that magic? And can they get the magic back again? And if they do, will it work the same?

So a lot of other differences. Yes, there’s still that paranormal aspect with some ghosts and vampires and supernatural elements just because I love writing about that and it’s just going to be there. But very different world. It is an ensemble cast again; I love to do that. The main characters are really different personalities coming from completely different places. And since it starts in a penal colony and the main characters are all convicts, it definitely comes from a different place than Tris and the gang in the Chronicles series.

Gail Z. Martin: Well, I was a Medieval History Major undergraduate. I’ve always loved the medieval time period. I’ve been fascinated with kings and kingdoms and swordplay and medieval battles. And so it’s just kind of a natural outgrowth for me. I especially try to set my books in a setting pre-gunpowder because, to me, gunpowder takes all the fun out of it. Yes, it makes for wonderful explosions, and my son, the video gamer, really loves blowing things up in video games.

But from a plot perspective, it takes away the intimacy of a hand-to-hand combat with swords, catapults, trebuchets. I like that scale of combat much better than what you get into with those grand explosions once you have gunpowder. So that pretty much constrains me of working before a certain period in time, at least if I’m going to take a western European approach to it. For me it’s just fun. And it’s such a large canvass to work with and so intrinsically grand. And I think that’s just why it’s larger than life and it’s a lot of fun.

JMW: I seem to recall reading something that you are very involved or enjoy a lot role-playing games. Is that the case? And how does it factor into your fiction, or does it?

Gail Z. Martin: Well, I played role-playing games, especially good old table top Dungeons and Dragons back when I was in high school and early college, back when I had something called “free time.”

JMW: I’ve heard of it some time.


Gail Z. Martin: And my friends all played. My husband played. And so that was a lot of fun, and I loved the sense of being immersed in the campaign. Now, I’m dating myself here, but that was before we had online role-playing games and before we had massively multi-player. So that was it, eight people sitting around a table rolling dice, but I loved the fact that it took place in your head. And when you had a good campaign going, you could look up four hours later and the time had flown past, but in your head you had really been there and experienced it. 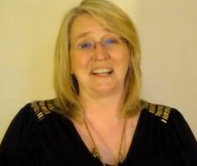