Evolution of the Gamer Girl
WHAT’S IT LIKE TO BE A GAMER GIRL? 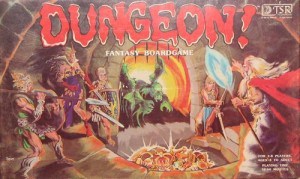 This is the story of how one young woman paved her way to creating a new breed of gamer – the gamer girl. DnD is no longer just a boys game.
Someone asked me “what’s it like to be a girl gamer?” Odd question, but I suppose fair enough. At the risk of sounding like some old coot, we chicks had it a lot harder back in my day.

Gaming was virtually unheard of, and the only store in the mall that carried gaming stuff was located on the bottom level of the mall in a maze like area. “Kathy’s Gaming Shop,” which later changed its name to “The Dungeon Masters” was the only place you could meet, game, and shop all in one place.

Kathy became a surrogate mother to about 100 kids and knew us all by name. She more or less babysat us Friday evenings and from mall’s opening to close all day Saturday. She was a sweet lady, and now nicely retired on the countless dimes and dollars we kids willingly gave her hand over fist back in the day. But, I’m getting ahead of myself. Let me start at the beginning.

A long time ago, in a mall hobby shop far, far, away…Blog IV
TO BE A GAMER GIRL
It is a time when no one knows what gaming even is. 1980. 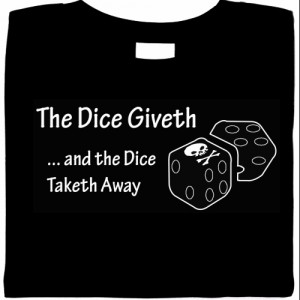 Only the very few, perhaps a handful of kids in each school, even own a copy of the Dungeon and Dragon’s box set. My two brothers and I represented all of the gamers in the private, Catholic school my parents broke their backs to send us to.

I first learned of Dungeons and Dragons from my mom when she asked me if I had ever played it or knew anything about it. I confessed I hadn’t, but that it had a neat name (yes, I said the word “neat”). She said she saw it and picked it up, thinking that the family could play it together, but it seemed to be missing the board and cards. She gave me the box and I examined the contents. There were a couple of books and some weird looking dice, but true enough, where was everything else?

We sat down at the dining room table, she and I and my two brothers. We took turns reading the books and trying to wrap our minds around this new idea of a game. Eventually, we got it. We rolled up characters and during dinner explained to Dad how it all worked. He was tired from working ten hours in a meat locker all day, but sat down with us and rolled up as close to Conan as he could make. My mom was my first game master, and my Dad and two brothers my first gaming group. That first session is one of my favorite childhood memories: Mom losing control of the table when Dad tried to cheat and us kids uniting and killing his character. Not too Freudian, right?

Time passed and eventually Mom passed the screen to my brother Vince. With the new GM, Dad dropped out from the game, still holding a grudge for the miserable career of his failed Conan-lite character.

DnD has different procedures and rules. The fourth edition is considered to be the most user friendly and easiest to pick up. Third and fourth edition are most common, currently.[/caption]

Kathy’s shop was where all of us went and eventually, new friends were made. I was invited to join in another game, and another, and another. And I wondered why everyone was asking me to game with them. And then it hit me – I had boobies.

In what is the painful reality of the “real world,” I was a pokey, tom-boy of a girl who was not well liked at all by teachers; neighborhood kids; or her female classmates, a flock in possession of blond hair, blue eyes girly, frilly things. 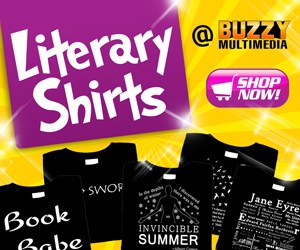 However, when I went to the mall and entered into the shops on the lower level where the gaming and comic boo shop was, I was regaled as a princess. Or a goddess. Or a Princess goddess. Admittedly, I was the only girl who entered into those shops, so pickings were slim on their behalf, but not for me Boy-O!

As I got a little older I began to appreciate that I was one of but a scant few girls who frequented the gaming shop. Not so much because I could have had my pick of the guys who were there (because I did) but because they already knew something about me – that I am a gamer. Trust me that was a HUGE social stigma at that time, and to be a girl gamer, why, that was grounds for social-excommunication.

I have gamed more or else once a week since the first time I played. I love it. I married a game designer. I have written supplements for games, and even wrote a script for an upcoming comic book. I am still a princess goddess gaming geek.

I have to say that being the only girl at the table was sometimes a bit hard. As a girl I tend to like the drama of character interplay and conversation. I like the storytelling. Guys, being guys, like the hack-and-slash. It was hard to be at the table sometimes. I wanted to make characters, no matter the system, that were fun to role-play. That is what the R in stands for.

When I was younger and gaming with guys my age, it was nigh impossible to get any relevant dialogue out of my gaming group at the table that didn’t end with “die, eleven scum!” Fortunately, (and I can’t believe I am saying this) I got older and matured. And so did the boys I gamed with. These days the guys at the table are all about the cunning plans and sneaky assassinations, which, finally, thankfully required role-play. It took some 20 odd years, but I am finally gaming in nirvana. Oommmmm. Ommmmm. 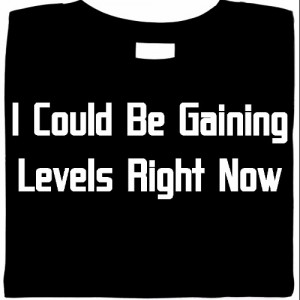 SHOP – I Could Be Gaining Levels Right Now

But what I have noticed now at the gaming events and tournaments I take place in is that you chicks have it easy thanks to innovators like me, thank you very much. Guys no longer trip over their tongues when a girl sits down to game.

Gaming, in its many forms, is a widely known and acceptable recreation for kids these days. I remember having to lie to the nuns that I was not playing Satan’s Game (D and D) while my mom was my GM. On Saturdays at the mall while the other kids took a dinner break to grab some burgers up stairs in the food court my brothers and I ran to the mall chapel and went to Saturday night mass.

I have to say that I am glad that girls are gaming, I really am, but I know that they don’t see the significance of why. For me it was liberating, a way to meet and speak with people who were like minded in a controlled environment. It was a rare something that I did that my parents approved of. My mom had no qualms at all of my being out till midnight with five guys on a Friday or Saturday night, she knew we were gaming in someone’s home, and we safe.

So, here’s to you, girl gamers everywhere. I hope you all have a wonderful time at it and get to make friends that you keep for a lifetime. 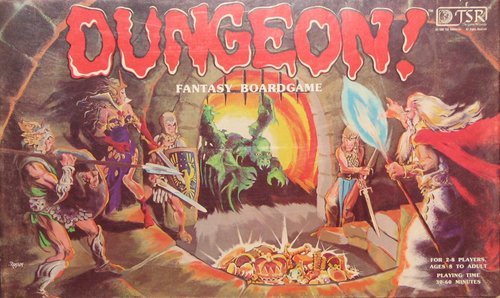 Article Name
Evolution of the Gamer Girl. WHAT'S IT LIKE TO BE A GAMER GIRL?
Description
This is the story of how one young woman paved her way to creating a new breed of gamer – the gamer girl. DnD is no longer just a boys game. Someone asked me “what’s it like to be a girl gamer?”
Author
Theresa Bane
BuzzyMag.com