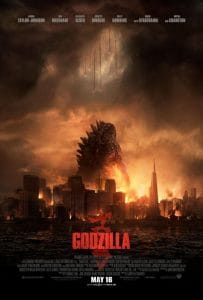 Call it a reboot, or a revitalization, or a continuation–at its heart, 2014’s Godzilla is a love letter to the Toho monster films that began in the 1950s. It takes all the elements of a classic monster movie and really does them proud.

All of the traditional characters are represented: the scientist who is looking for answers, the man who knows more than he’s willi

ng to tell, the heroic family man stuck in something beyond his control, the stubborn military man, and even the obligatory cute kids.

There’s a remarkable amount of internal consistency here–once you commit to suspension of disbelief, everything flows along pretty smoothly. The plot moves from one location to another, giving Godzilla something other than Tokyo to stomp on. The destruction is nicely mixed up. The tension keeps ratcheting up, never making a two-hour movie seem overly long.

Godzilla was more dog-like in his movement and attitude than we’ve seen before, making him seem like someone’s lost (large) pet. People are predisposed to like dogs. He was (almost) huggable. Motion-capture master Andy Serkis consulted on the monster movement, giving it that extra pizzazz. Godzilla’s roar was also given an overhaul for the movie, keeping the same basic sound, but adding more substance.

Visually, the scope of the movie is huge, with a towering Godzilla that is capable of more damage to human habitation than he’s ever been before. The effects are lovingly crafted to be reminiscent of the old Toho films, but still bigger, better, and more exciting.

A lot of talent helped bring gravitas to a simple kaiju film. Bryan Cranston (Breaking Bad) is by turns serious, crazy, absent-minded, and heroic. Ken Watanabe (Inception) is completely earnest and believable–and he gets some of the best dialogue about the natural order of things and the arrogance of man. Aaron Taylor-Johnson (Kick Ass, Avengers: Age of Ultron) is passionate and dedicated as he chases around the globe. His desire to help people comes across as sincere, and he walks the tightrope between being foolishly brave and patriotic.

It’s a spectacle. It’s surprisingly unpredictable for a Godzilla movie–there are definitely twists and turns and some different ideas in this one, while paying homage to the traditions of old. It’s satisfying, from the first “thump” of anticipation to the final scene of the giant lizard.

It will be less enjoyable for those who are not fans of the genre, or have no patience for monster movies. Send them to their movie of choice, grab a bucket of popcorn, and party like it’s 1954! 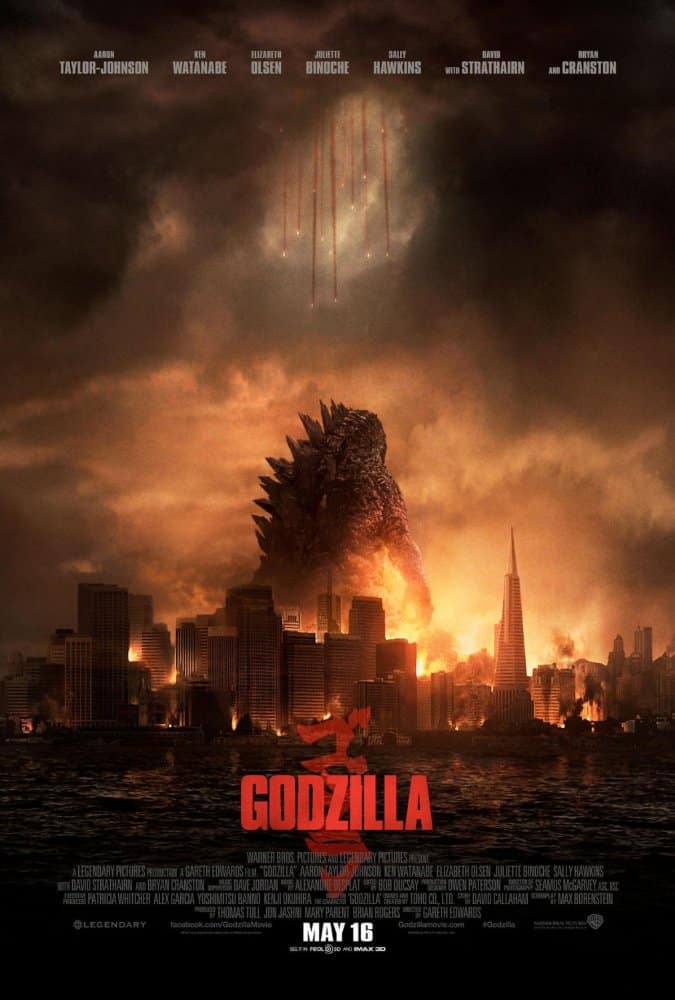 Article Name
Godzilla - Movie Review
Description
Call it a reboot, or a revitalization, or a continuation–at its heart, 2014′s Godzilla is a love letter to the Toho monster films that began in the 1950s. It takes all the elements of a classic monster movie and really does them proud.
Author
Elektra Hammond
BuzzyMag.com