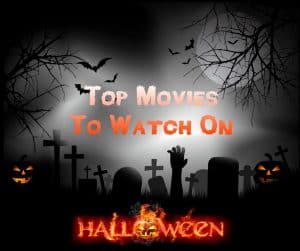 Now, everyone who knows me, knows that Halloween is my favorite Holiday – even more so than Christmas…. so naturally, if you’re gonna like that pumpkin gorged patch of earth, the lonely strolls through the cemeteries, the candy, the costumes, the ghosts, goblins and ghouls that come with it…then there has to be a spot deep down inside for Scary Movies. But not just any ‘Scary Movies’ mind you…they have to be bad…. real bad.

So, as the month winds down, take the last ten days before All Hallow’s Eve, and celebrate each night, with a different Bad Film to not only whet your appetite…. but to make you appreciate the other films that may just be out there. Oh, and before you think that being on this list is a…. Bad Thing. No. Bad Movies are better than high budget, well directed, well acted ones…. they’re like the proverbial Train Wreck…. you don’t wanna look…. but you can’t look away either…. so enjoy…. and Happy Halloween.

Zombie Lake: Now, this film – in theory had two of my favorite film type villains: Zombies… and Nazis. Now, what do you do when the zombies ARE Nazis? Well, if you are any other film than this one, you strike terror into the hearts of men. But, these SS Ghouls in their pristine uniforms (after being submerged in a swamp for fifty years) come out with blue faces, and white necks and hands… kinda like Blue Al Jolsons in military regalia. And their goal – to eat the flesh of the tiny French Village? No. Their leader wants to court the grand daughter of the French Resistance Leader of yester-year. YAWN…..

Zombie Town: Well, this one could have been good if…. well, uhm…no….not in a million years. Its a bad cross between Evil Dead and Night of the Creeps… and worst of all… its done so poorly. To even write about it, is opening up the stitches from my appendectomy…. let’s move on, shall we?

TOMBS of the BLIND DEAD: This Italian Zombie/Slasher flick really had a lot going for it… in fact, so much so, that there is a chase scene with the Zombie Crusader Knights (I know, I know) and their prey, that they stole it and patterned it frame for frame for the chase scene in the Lord of the Rings when the Nazgul are chasing down Frodo. The premise is good…not great, but good, and for their day, the special effects are…well… very Red. A good film for when you’re bored…very bored.

RETURN of the LIVING DEAD 2: So weird… all the great characters, and actors from the Original RotLD (Like James Cameron and the Tar Man), but playing different roles. It caused much confusion…plus this creepy 15 year old zombie brat who I couldn’t wait to see get his. IF you wanna see a good film…see RETURN of the LIVING DEAD…. well worth the cost of a DVD.

RESIDENT EVIL: God, how I hate CGI monsters… its like actors interact with cartoons, like that time when Barney Fife played a Fish! The zombie scenes were great, and the Red Queen is awesome and creepy at the same time… but the world just isn’t ready for this CGI monster franchise.

NIGHT of the LIVING DEAD 3D: I know, I know… with Sid Haig as the main villain, how can you go wrong? Uhm…you could make it 3-D, that’s how. The premise of the film was corny….and well…. its 3D. Moving on….

LEGEND of the SEVEN GOLDEN VAMPIRES:What happens when Hammer Films joins up with the Kung Fu genre? You get films like this. Dracula, feeling bored and depressed, moves to China… [insert F bomb here] China to awaken seven Samurai Vampires, and unleash his minions, along with their minions – a bunch of bunny-hopping zombie warriors against Ping Quae. What’s the problem? Well, for starters, Dr. VanHelsing (Peter Cushing) just happens to be teaching Vampirism at the University of Beijing. As Henry Hill would have said ‘Of all the [insert F bomb here] people’. Well, he teams up with 7 brothers – all masters of different Kung Fu styles to battle the legions of the night… the film is more promising than a root canal.

HOWLING III the MARSUPIALS: Okay, how do you take a werewolf franchise and ruin it? By making the film take place in Australia where the villains are actually Were-Prairie Hounds… or some such stupid sh**. There is a hot lead actress, who runs about with a slit in her belly where her were-baby sits all nice and warm… you can almost see the fingers in the puppets on that one… and of course, you gotta have Outbacks, and Aborigines…. A Dingo ate my baby! Sh**…I wish a dingo would have eaten the only copy of this film.

HALLOW’S END: A shoe-string budget film that has a great idea… a Haunted Book used as a prop in a college Factory of Fear type setting is unwittingly used and makes all the people turn into the very costumes they wear. Of course, nobody dressed up as [insert F bomb here] Super-Man or Wolverine, or even GI JOE…so naturally everybody becomes a monster. Cool premise… but, thrown away by sub-par acting. There is however ONE good part to the film…a wonderful, deliciously tantalizing Lesbian Love Scene…. other than that…. go organize your sock drawer… your time would be better spent.


DAY of the DEAD 2, CONTAGIUM: Okay… this piece of garbage is supposed to be the prequel to Dawn of the Dead. Survey Says! X The idea is that a Russian Spy – on US soil, and in his Russian Uniform steals a mysterious vial… and of course becomes exposed to said contents. This film is so poorly acted…so badly scripted… and I think they forgot to hire a Director. The zombies look ridiculous, the special effects… oh yeah, there aren’t any… suck. The jacket of the film is done up to resemble the DAWN of the DEAD film, with the Big Yellow Moon, and a Zombie in its baleful glare…. no…. do not be fooled by this my friends…. rather than watch this one…. take a cheese grater out, scrape the back of your thighs, and then go sit in a tub full of vinegar… it’ll hurt less.

Well…that’s it for now…. hope this list helped….and if in some small way, one of you found that lost gem for your movie archives based on my reviews, then my job is done here…no, really…I’m done, cause my sister will in all likelihood kill me for this list.
Written by Vince Falcone

Did We Miss Your Favorite Halloween Movie?
Let Us Know In The Comment Section Below! 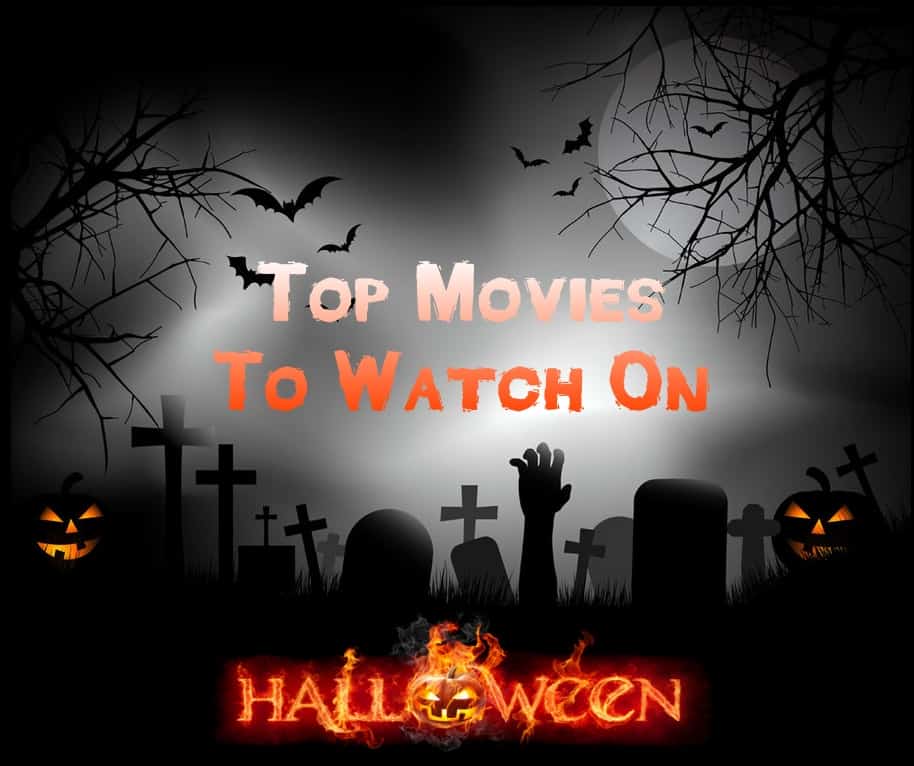