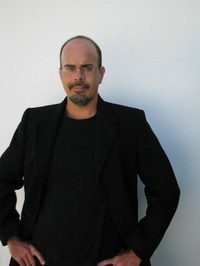 Last October, Christopher Buehlman’s newest book, The Lesser Dead, kicked my ass all over the place. I absolutely couldn’t put it down and, when I finished it, I couldn’t wait to get a review up here at Buzzy Mag. I wanted everyone to know that an author had finally breathed fresh life into the gasping, moribund, awful creature the vampire had become. I don’t know if The Lesser Dead will save the genre as a whole but it saved me throwing yet another half-finished book across the room and then licking the covers of The Vampire Tapestry, Agyar, and I Am Legend to get that taste out of my mouth.

I was intrigued. I had to reach out to Mr. Buehlman and find out what was up with this righteous book. We sat down via email and had a quick Q&A about all things awesome.

BRO: In my review of your newest book [easyazon_block add_to_cart=”default” align=”left” asin=”0425272613″ cloaking=”yes” layout=”top” localization=”default” locale=”US” nofollow=”default” new_window=”default” tag=”buzmag-20″], I mention that I’m generally nauseated by vampire novels these days. The topic has become so tired and worked over, so flimsy and romantic and toothless, that I try to avoid it at all costs. Do you feel the same way? Is that why you chose to write such a magnificently original, bad ass vampire novel? The Lesser Dead is so gritty and bleak, is it a response to the kinder, gentler vamps that have been taking over modern horror fiction?

Christopher Buehlman: I write books I would want to read. As you point out, many popular vampire franchises fall closer to fantasy or paranormal romance. There’s nothing wrong with those genres, of course; they just don’t speak to me the way good, old-fashioned, check-the-doors-again-before-you-go-to-bed horror does. I like my vampires cold, ugly and unsqueamish about hurting you.

BRO: This novel is set in 1978 Manhattan. It’s dripping with punk rock, loud clubs, filthy glitz, and tragic glamour. Did you choose that time and place on purpose to enhance the overall motif of stylish, coarse darkness?

Christopher Buehlman: My first motivation was habitat. I read about the ‘mole people’ that famously moved into the tunnels and defunct stations below Manhattan during the Reagan years-it occurred to me to wonder who or what was making use of all that creepy acreage before then. I settled on 1978 because NYC at that time was a darkly fascinating place. I was a kid then, and I didn’t grow up in New York, but the pop culture of the time made it clear that the city was dangerous, weird and beautiful. “Don’t mind the maggots,” as Mick Jagger reminded us. What better time and place to explore in a horror novel? I wanted to take us back to the early days of SNL, to the waiting line outside Studio 54, to the pornos in Times Square, to the ruin that was Central Park and the trains all scribbled-over with magic marker. I wanted the reader to hear the big cars honking, to smell the burnt coffee in diners and trudge through filthy snow.

BRO: The vamps in The Lesser Dead are very casual about their powers. Why did you decide to be so offhand about this? I’ve enjoyed several vampire novels over the years that go into minute detail about why their vamps can do what they do. Often, though, it doesn’t add to the story, it just gets in the way. Like the author is sacrificing plot and character for technical detail. In your book, I was able to focus solely on the characters and, when their abilities popped up, it was just a tasty treat.

Christopher Buehlman: Good fiction is about action. It’s less interesting to be told how a gun works than to watch somebody shoot it.

BRO: Joey Peacock, the vampire protagonist of The Lesser Dead is about fifty years old. But he was turned when he was fourteen, so he’s going to look fourteen pretty much forever. He often uses the lost/helpless/scared little boy thing to draw in victims. I was immediately reminded of the child vampire Homer from the fantastic 1987 movie Near Dark. Joey is a good deal more complex and nuanced than bloodthirsty little Homer but they’re still similar. Any connection there?

Christopher Buehlman: None besides the obvious. I certainly didn’t have Homer in mind when I wrote Joey, but it seems inevitable that a predator is going to use all the tricks at his disposal to lure in prey. Joey wandering Central Park on a rainy day in his soccer cleats and shin guards looks pretty harmless. You want to help a kid like that. And guess what? You get to!

BRO: When did you start writing? Did you always want to be a writer or were there other career paths you considered?

Christopher Buehlman: I spent the last twenty-odd years comedically insulting people for money on the Renaissance Festival circuit as Christophe the Insultor. I wanted to be a novelist as young as ten years old, though. I hit my late thirties and it was like a light bulb came on. “Hey! You always wanted to be a writer; better make a run at that!”

BRO: What’s a typical day like for you? Do you have a word/page count you aim for? Do you write every day of the week?

Christopher Buehlman: My routine is usually read something, write 1000 words, lunch & daily business, try to write another 1000 words, exercise, get dinner, then do something social. When I wrote Those Across the River, I found out the hard way that exercise was going to have to be a non-negotiable part of the work day. Six to eight hours a day ‘ass-in-chair’ really takes a toll on the ass in question, particularly if it’s middle-aged!

BRO: You crank out pretty dark stuff. Is that a result of imbibing darkness from other sources? Do you get into horror movies, TV, and books?

Christopher Buehlman: I don’t know if it’s possible to produce art wholly unlike what one consumes. People who never watch stand-up comedy aren’t going to want to perform it, are they? I love horror. I also love literature. I always wished more horror novels read like literature, and now, at last, they’re starting to. In addition to a few old masters, Colson Whitehead, Joe Hill and Sarah Waters have brought lovely depth to the genre. In my way, I’m trying to do the same. I like characterization, good dialogue…circularity. (get ready) I write books I would want to read.