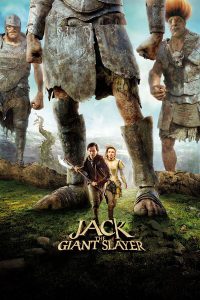 “Fee Fi Fo Fum,
A pretty good movie for everyone.”

From X-Men director Bryan Singer comes yet another fairytale on the big screen, in the recent tradition of Snow White and the Huntsman; Mirror, Mirror;  Red Riding Hood and even Hansel and Gretel: Witch Hunters.  Jack the Giant Slayer has some clever re-workings of the tale we all grew up with, and it certainly has its moments, but it leaves you wondering why Singer focused his considerable talents on this particular project.

This latest retelling takes place in a land where giants are something out of long ago legend, like tales of the Greek gods. Everyone has heard the bedtime stories, but most find them just too fanciful to take seriously. Giants are the boogeymen, the monsters under the bed, used to scare misbehaving children by well-meaning parents.

In this version of the tale, Jack (Nicholas Hoult) is a farmer and a commoner, more distracted than a simpleton, although he lacks ambition. Isabelle (Eleanor Tomlinson) is a princess, daughter to King Brahmwell, betrothed to the king’s advisor Roderick (Stanley Tucci). She would like more excitement in her life . . . she gets it, and we get an adventure movie.

There are a lot of nice pieces to this movie, and I certainly enjoyed watching it, but in the end I couldn’t figure out what the point of redoing this particular story was–to show off the cool F/X? If so, some of the costuming was really off and that distracted from it. The king often looked ridiculous rather than regal, and Jack looked like he was running around in sweats and a hoodie.


As far as good points went, everywhere the story of Jack deviated from the traditional fairy tale we all know and love (Jack didn’t trade his cow for some magic beans, he <spoiler redacted>), it was always a plus. Characters had sensible motivations, and acted on them.

Jack even got to have a whole family: a mom, dad, and an uncle. And the best cat ever.

Almost everything associated with the beanstalk, from stories about it, to F/X, to how long it takes to climb it was well done. You nearly made me believe.

What happens when it’s human versus giant was handled pretty well, too.

Most of the performances were above par, with a special shout out to Ewan McGregor as Elmont, the head of Princess Isabelle’s Guard. He’s brave and honest and funny, a terrific character in his own right.

But the absolute top of the heap is Stanley Tucci as Roderick. He chews his way through every scene he’s in, absolutely walking away with the entire movie. Love him or hate him, you cannot take your eyes off him.

The ending was satisfying, and I left the theater happy. It was later that I started asking questions . . .

Recommended for those who want to have fun and aren’t going to ask “why.” 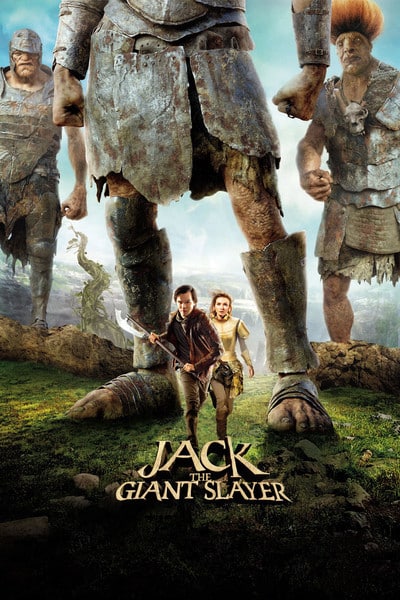 Article Name
Jack The Giant Slayer Movie Review
Description
“Fee Fi Fo Fum, A pretty good movie for everyone.” Jack the Giant Slayer has some clever re-workings of the tale we all grew up with, and it certainly has its moments, but it leaves you wondering why Singer focused his considerable talents on this particular project.
Author
Elektra Hammond
BuzzyMag.com