JMW: Your last series was about demons in present day Atlanta. The new book however is about fairy tale curses and more than a few pistons. How hard was it to, pardon the pun, switch gears?

Jana Oliver: Briar Rose is a young adult retelling of Sleeping Beauty and I set it in a small town, a very mythical small town, of Southern Georgia, about 600 inhabitants. But when Briar’s curse comes to fruition, she ends up in this alternate sort of nightmare. And that’s where I had fun because I could introduce all sorts of medieval characters, steam punk characters, all sorts of stuff and it was actually amazingly easy to switch gears, pardon the pun, because I had done the same with the demons and heaven and hell and Atlanta. It was really kind of fun to just let my imagination off of its leash for one book because I had to plan for a whole series. I had great fun with the clockwork wolves, and all sorts of fun.

So it really wasn’t that difficult. It was kind of like a palate cleanser, as my editor called it. So it was kind of fun to do that thing between those two series.

JMW: That does sound cool. Briar Rose is a little unusual in that it was contracted by an English publisher. How can your fans get a copy?

Jana Oliver: Well, I switched from my New York publishing house to McMillans children’s books in London and they’ve been great to work with. But still, in the US, because I have a lot of US readers, you can find the book at Amazon.com, any of the online stores, and also as ebooks. So it’s really easy for them to get it, or they can order of, if they’re really desperate, they can order off the Amazon.co.uk site. Or even better, booksdepository.com which ships free into the U.S. So there’s like a ton of different places to get the book. They won’t, so far, are not going to be at the brick and mortar stores because of the London based publisher, but frankly that works. I’m good with that because a lot of people buy books online now.

JMW: They certainly do, to the chagrin of brick and mortar stores. Briar Rose do we misread an unusual publishing scenario. It’s nothing new for you. You are an early adapter of indie publishing. Looking back on your almost 15 years now, going back and fort between indie and traditional publishing, what do you think worked well and what would you tell your younger self to run away, run away?

Jana Oliver: Actually, I didn’t have too many run aways. I’m really lucky in that. I self-published my first book in 2001, back before ebooks existed, so it had to be what they called a print on demand book or a POD book. And the learning curve is really, really steep, but it was a great way for me to build my name. Then I went from there to a small press and then to the traditional press.

There isn’t too much I would tell me other than just understand that it’s a long uphill battle for people to come to recognize your name. I wasn’t naive in believing that it would happen really quickly but in some ways I thought that it might happen a tad bit more quickly. But I’d also give myself a ten year trajectory between the time I self published and the time I signed a New York contract, and I actually did it in eight years. So, I mean, there’s no complaints here.

JMW: Yes. I didn’t think there was.

Jana Oliver: But it was a fast learning curve and it was really quite expensive back in 2001, 2002 to originally get those books out. And now because of the advent of ebooks it’s way easier.

JMW: Speaking of your indie life, you recently returned to indie publishing with the paranormal romance ‘Tangled Souls‘. What made you take that book indie after having so much success with traditional publishing?

Jana Oliver: Tangled Souls is an adult paranormal romance, not a real spicy one, but an adult one. And I’d written it years ago and it sat and it kind of languished in a drawer and when I pulled it out and I read it, I realized it was really, really a pretty decent story and it was very clean. And I thought “Well, I can submit it to the rounds in New York and all that,” because I’d probably do it in New York. And then I thought “Hey, since we had all the new advent with ebook publishing and a new print on demand things, why don’t I use that as a test case?” So that’s essentially the canary in the mine. And so I had a professional editor go through and edit the book and then had it professionally typeset, has a professional cover, the whole bit. I essentially became the publisher again. And it was kind of a really fun process because the ebook is out, ebook is international now and the print book is just now coming out in a number of online sites, and I’ve had really good success with it. Not as huge as certainly with my traditional published books, but it’s a nice thing for my readers that want something different while they’re waiting for my next regular published book.

So it was kind of a touchstone going back and saying “Okay, some of the parameters change, some of the ways of doing things change. Let’s use this as a test and see how it goes.” Plus I was really fond of the story, I really liked and I wanted folks to be able to read it.

JMW: So what are you working on now? Another paranormal romance or are you going back to YA?

Jana Oliver: I’m going back to YA. The four books on the Demon Trapper series is finished, but I’ve had so many readers write me and said “Please, I want to know more about Riley and Beth,” which are the central couple in the series. So I’m currently working on a novella which will be serialized on my website over like two episodes a week, and that will be for free. And then I’m also going to put out an ebook about that novella and a print book for those readers who are going I want more. And I thought well, it’s kind of a way to pay them back for being so awesome with the Demon Trapper series. And I saw a fellow author do that, Lana Andrews, who writes classic urban fantasies, really excellent urban fantasy, and she did a little side novella of a book called ‘The Innkeeper.’ And I really liked what she’d done by serializing it. I thought, I want to do that, it’s really a neat concept so I’m going to just borrow that from them and use that concept on my website.

JMW: Hey, steal from the best.

Jana Oliver: No kidding. They hit the New York Times number one on their last book for the Kay Daniels series, so I’m going “Yes, let’s pay attention to these people.”

JMW: So anything you’d like to add? Anything that you want your readers to know?

Jana Oliver: A big thank you for reading my books. We authors will write, whether people read them or not. We’re kind of driven to do that. There’s these little voices in our head, we have to get them out of our head, or we’ll go mad. But that doesn’t mean anybody’s going to read them. And it’s so awesome when you get emails from India and Kuwait and Australia and the UK, and all over the planet going, “I read your book and I really enjoyed it. And I really like this about Riley or Beth or the new series, the new book.”

And it’s really kind of an ego boost, you know, it’s like hey. And so it makes it all worth while when I’m slogging away trying to make some paragraph work and it’s total crap. So thanks guys. I really appreciate you buying my books and reading my stories. 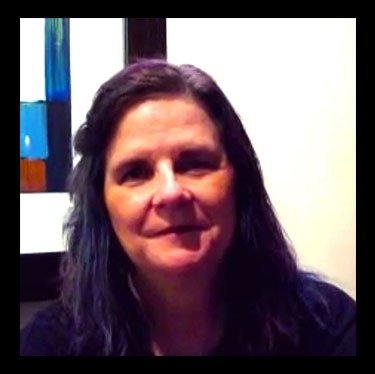