One does not immediately become a Jedi Knight. One must be trained in all aspects of the Force.

A guide to Jedi Force powers. A list of Force powers – what they are, what they mean and where they appear in the Star Wars Films and Books. 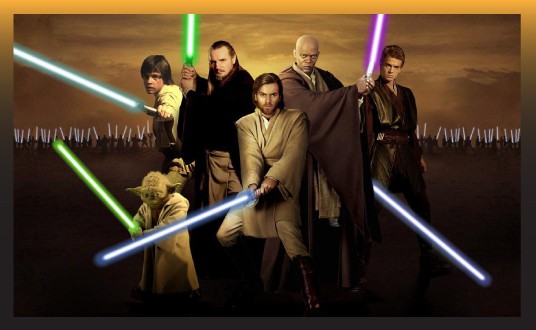 .  I was wondering what all the Force powers were and what a Jedi has to learn in training to become a full Jedi Knight.

The Force powers studied and mastered by a Jedi in training are very complicated. ‘Jedi College’ is divided into three categories – Control, Sense, and Alter. Each Jedi must master all three branches in that order to reach full Jedi status. The Jedi Council designed the programs in order from lowest in difficulty to the most complex.

Control: When Yoda first met Anakin Skywalker, he dropped this hot piece of information – “Fear is the path to the Dark Side. Fear leads to anger. Anger leads to hate. Hate… leads to suffering.” This is the essence of lesson one, Control. The Jedi must first learn to control all aspects of themselves before they can move on to reach the next stage of harnessing their Force powers.
Sense: Jedi Force powers under the “Sense” umbrella are exactly what you’d think they would be. Just amped up… but not in a magic crystal ball/chanting psychic in a tent kind of way… They are taught to exercise their natural abilities of tapping into the Force as a way to connect with the galaxy and their surroundings. Picking up information from the environment, objects, and even people far away, are all things a Jedi would use their senses for. This is where the Force really becomes a part of who they are. A great example is when Jedi Master Obi-Wan Kenobi senses “a great disturbance in the Force.”

Alter: As the Jedi Force powers that kids are most likely practicing in the backyard, this tier is widely viewed as the most awe-inspiring. Here they learn everything from throwing random objects with their minds and creating a storm shield, to controlling the minds and actions of their adversaries. Obi-Wan Kenobi used mind control in

A New Hope to convince the Stormtrooper that “These aren’t the droids you’re looking for.”