Author of The Dresden Files and The Codex Alera series

A little info about the man himself – Jim Butcher:
* Butcher was born in Independence, Missouri, on October 26, 1971.
* He lives in Independence, MO
* He has one son.
* He is the youngest of three children, having two older sisters. His love of Science Fiction is credited to them for exposing him to novels such as, The Lord of the Rings and The Han Solo Adventures.
* The Dresden Files came from a writing class assignment.

Highlights from our exclusive interview:
* Jim Butcher claims to have done “a snoopy dance” when he found out that James Marsters would be narrating the audiobooks

.
* Jim’s writing process is complex. He starts off knowing what the climax should be, several key plot points, and who the characters are. Then builds around that central idea.
* Some of the Jim Butcher books were turned into a SyFy series!!! The Dresden Files was filmed in Toronto and Jim was able to go meet the cast and crew, and attend six hours of filming!
* Jim reads while writes. He’s into classic Scifi like the works of J.R.R. Tolkien and C.S. Lewis’ series, The Chronicles Narnia, as well as some military science fiction. Watch the video to hear the  list of authors.
* The hardest character for Jim to write on The Dresden Files is female cop, Murphy. He says that she and him are extremely different and it is difficult to get in her head.
* The future of The Files? Jim wants to complete the series with 20 books (!) and finish it all off with an apocalyptic trilogy. 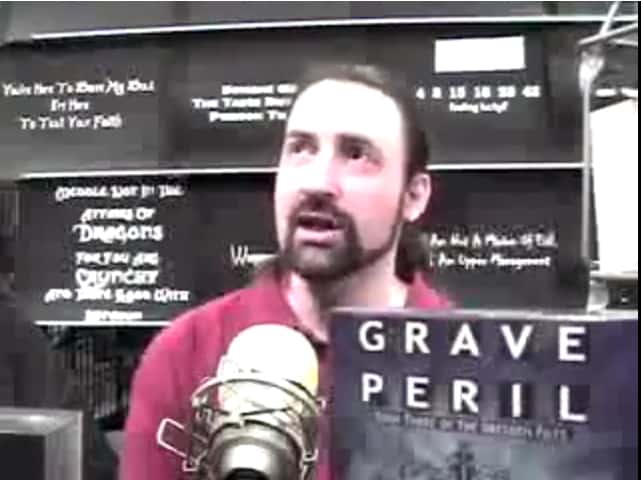