JMW: Hello, this is Jean Marie Ward for BuzzyMag.com. With me today is the multi-award winning author of “The Forever War”, as well as many other novels, stories and poems, Joe Haldeman. Thank you for joining us here today, Joe.

JMW: Good. In 2008, Ridley Scott acquired the rights to “The Forever War”. In 2010 the script was in its fourth revision. Where is the project now?

Joe Haldeman: Well, they don’t tell me. I’m just the author of the book. I have no inside track at all. In fact, I find out about it when fans write to me…

Joe Haldeman: …on the website. People who live in Hollywood know a lot more than I do. In fact, I found out about the new revision, we were at a cocktail party, which was not a science fiction cocktail party, but just a thing in L.A. Somebody had heard from her hairdresser, who heard at her yoga class that Scott was doing “The Forever War”. I thought, “Well, it’s got to be true.”

JMW: I have seen it in various places on the web that he waited 25 years to get the rights.

Joe Haldeman: Well, the fact is somebody else had them and he had to wait for the contract to run out.

JMW: Oh, I understand that. But the idea that somebody would wait 25 years to get the rights…

JMW: …to a book that is now 35 years old. That’s amazing. The idea that something would have that kind of resonance over time is absolutely wonderful. What do you think is the secret to the book’s longevity?

Joe Haldeman: Well, in a way it’s the prototypical modern science fiction war story. The military science fiction novel is now a large sub- genre. It was not at the time that I wrote the book. People talk about the book being a response to Heinlein’s “Starship Troopers”, and it was not intended as such.

In fact, if you looked at science fiction at the time there was “Starship Troopers” and there was “Build a Galactic Hero” and there was Gordon Dickson’s “The Dorsai Cycle”. They formed this sort of primitive kind of universe of military science fiction and I added mine to it. What mine added was the antiwar sensibility that came from the Vietnam era, and so it wasn’t just a novel of heroic behavior.

JMW: I think that sensibility resonates with the small wars we’ve been fighting ever since.

JMW: But it’s only one in four works related. Correct? As I understand it, “Forever War”, “Forever Peace”, “Forever Free” and “A Separate War”? Do I have that right?

Joe Haldeman: Well, no. “A Separate War” – well, let me see now. When I wrote “The Forever War”, I said I would never write a sequel to it because I thought it was a complete novel. Then I wrote a novel called “Forever Peace”, which is unrelated to “The Forever War”. It looks at some of the same questions but from a totally different viewpoint.

Then I got a contract from Robert Silverberg to write a novella, which was an extension of “The Forever War”. Well that became the novel “Forever Free”, and so that is a two novel sequence. Now, there’s a short story coming out which is called “Forever Bound”. That is a prequel to “Forever Peace”. So, the thing is getting almost impossibly complicated.

Joe Haldeman: Well I wrote a novel called “Mars Bound” several years ago. When I finished it I realized it needed a sequel. As I was writing up the proposal for the sequel, I realized it had to have two sequels, so it would become the first book of a trilogy. So I wrote “Mars Bound”, and then I wrote its sequel “Starbound”, and I’m finishing it up with the novel “Earthbound “, which I just mailed in a few months ago. It’ll be out in December of this year.

JMW: “Starbound”, is that the one coming out in December, or “Earthbound”?

Joe Haldeman: Well, “Starbound” is out in hardback. I think it’s out in paperback now. But “Earthbound ” is the last one and that’ll be out in December.

JMW: Very, very cool. We may be seeing you here next year with one of the nominations.

Joe Haldeman: Oh, I hope so. Wouldn’t that be nice?

JMW: When I arrived here at Nebula Weekend, the first thing I asked was how did the Nebula’s get from banquet to a whole weekend with stuff? Including tours in the DC area, seminars – it’s practically a convention. When I said, “Who can tell me about this transformation?” they said, “You have to talk to Joe Haldeman.” So could you please give me this? How did it happen? How did we go from a banquet to a convention?

Joe Haldeman: It was on its way to happening when I became president. I believe the year preceding my presidency it was already a weekend.

JMW: What year was that?

Joe Haldeman: Quite some time ago.

Joe Haldeman: Then I headed it for two years, as I was president for two years. One year was up in Washington State/Oregon, and the next year it was in New Orleans, which was fun. By the time I left it had become sort of a long weekend deal with programming on two days. Now I believe there is programming on three days, and God knows how long it’ll be before it’s all year round and we just never leave.

Joe Haldeman: Because when we started going, and my wife is here and she’ll correct me if I’m wrong, I believe that there was just the Nebula Awards Banquet. Then sometime in the 70’s, I believe, they started to add in some programming that day, before the banquet.

Then probably somebody says, “Well, we’re paying all this money to go to whatever city for one day, and then coming back home. So why don’t we just make it two days? It’s not that much more expensive to stay in New York for two days, and then we’ll have more programming and more exposure and so forth.” I suppose that was the logical process.

[inaudible 00:08:17] does not have like a scrapbook or anything that keeps an institutional memory going, big mistake. But it’s kind of late to start now, I guess.

JMW: Well, it’s never too late. Especially not while people like you can remember what it was before.

JMW: Well, yeah, but you’ve got a lot of notes squirreled away.

JMW: Okay, we mentioned “Mars Bound”, “Starbound”, and “Earthbound “. What else is on your horizon?

Joe Haldeman: Well, right now I’m working on a novel called, “Work Done For Hire”. It’s the first novel I’ve ever written that has a writer as a protagonist. So, it’s kind of fun that way. It’s automatically autobiographical in certain regards, and automatically kind of sarcastic in certain ways too, because you can’t be deadly serious about writing.


Whats Next?
More of course! 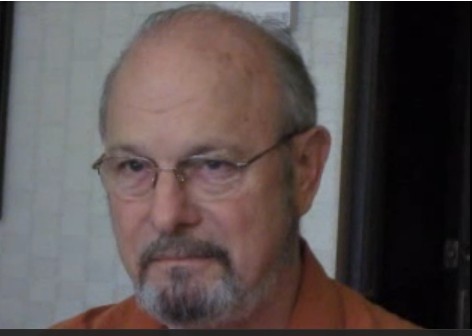 With me today is the multi-award winning author of "The Forever War", as well as many other novels, stories and poems, Joe Haldeman. Thank you for joining us here today,