JMW: This is Jean Marie Ward for BuzzyMag.com, reporting from the 2011 Nebula Awards Weekend in Washington, D.C. With me today
is John Scalzi, author of seven novels, including “Old Man’s War”, “Fuzzy Nation”, and Creative Consultant to the late lamented Stargate: Universe – not to mention, President of the Science Fiction and Fantasy Writers of America. Welcome, John.

JMW: Okay. I don’t know whether to congratulate you on the deal for “Old Man’s War” or commiserate with you on the death of Stargate: Universe.

JMW: But dealing with Stargate: Universe, I know this is something Buzzy’s folks would be very interested in, what’s it like being a creative consultant to a TV series? What does it entail?


John Scalzi: Well, what it means is they send me the early versions of the scripts, and I go through them and I look for things that need help, in terms of the science. I keep track of characters. In Stargate: Universe in particular, I did little nit-picky things, like every time they used a bullet that was a bullet that they no longer had. Somebody had to keep track of those sorts of things, because it was a ship far away.

So, I did a lot of that stuff. The way I explain it to someone is, science fiction fans will go to a convention and they will go, “In episode four, you had this and that was clearly illogical.” I get to be that guy before that guy gets to be that guy. I say, “Hey, this is going to be a problem. You need to fix that.” So, in many ways, it was a lot of fun for me.

I got to spend time looking at scripts, seeing how basically television got made, and it also gave me sort of insight on what it takes to put together what was actually a very good science fiction series. It’s unfortunate that it only lasted two seasons, because it was really good. But during its time, I thought it did a very good job.

JMW: Yeah, I would agree. I watched it quite a lot. Are you working on a similar arrangement for “Old Man’s War” now that it’s had a movie deal?

John Scalzi: Well, what I told the people who are putting together “Old Man’s War” is that any time they want to pick my brain they’re certainly more than able to. I’m more than happy to talk to them about what I was thinking when I was writing it, what I think about the characters, their motivations, so on and so forth. But one of the things that I think that you have to have as a writer and as a creative person is the understanding of where your own competencies lie.

For example, I write novels, and I’m good at writing novels, I think. I’ve never written a script, and I’ve never adapted one of my books into a movie. So, in that case, I’m happy just to let them take the lead. I mean, we have a very good screenwriter. His name is David Self. So, he knows what he is doing. He’s adapted books before. He did “The Road to Perdition” which was a very good movie.

So, I’m kind of confident that they know what they’re doing. I told them, “You have any questions, let me know. Otherwise, we went with you guys because we trust you to do a good job.”

JMW: With so much going on in your writing life and your blogging life, which we didn’t even mention whatever.com, what prompted you to reboot the “Fuzzy” franchise?

John Scalzi: It was one of those intellectual exercises. I thought that it would be fun to take a classic Golden Ages science fiction story and apply a 21st century sensibility to it. Because while the stories are still good in themselves and they’re very enjoyable in themselves, they’re also a product of their era, 50 years old sorts of things. So, the way that a similar story would be written today would be different than it would have been written 50 years ago.

So, for me that was really the challenge was to just take one of these stories and sort of move it forward 50 years from the writing perspective. “Fuzzy Nation” was a good one to do it because among other things, it was in the public domain, so there were no copyright issues involved. That said, once we were finished with it, we went to the Piper Estate and said, “This is what we’ve done. If you don’t like it, we will put it in a hole and no one will ever see it,” because I originally didn’t write it to sell it. I wrote it strictly for fun.

It was only afterwards that my agent said, “Hey, I can sell this.” I was like, “Okay, go sell it.” That’s one of the reasons it’s co-dedicated to him, because he actually managed to get it out in book form.

JMW: Is it good to be president?

John Scalzi: It has been good to be president. Often in this position, people have said, “Oh, you’re president of SIFA, I’m sorry.” I haven’t had that feeling about it at all. I’ve been blessed with a couple of things. The first is I have a really good board of directors. These are committed people. These are smart people. Everybody wants what’s best for the organization and for its members. So, we all have that common ground. 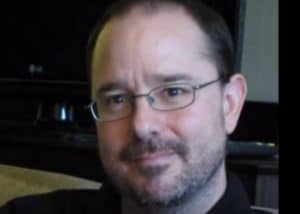 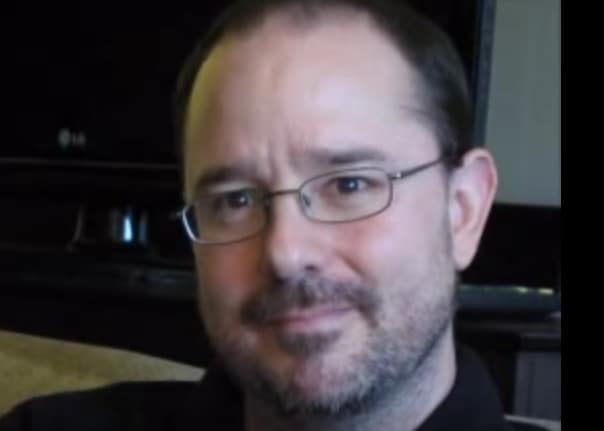 With me today is John Scalzi, author of seven novels, including “Old Man’s War”, “Fuzzy Nation”, and Creative Consultant to the late lamented Stargate: Universe