At some point in many people’s teen years, they think their parents are evil. Then they get over it. The new Hulu streaming series MARVEL’S RUNAWAYS, based on the Marvel Comics series created by Brian K. Vaughan and Adrian Alphona, takes this a step further. What if you thought your parents were evil and then found out they were actually supervillains?

Executive producers Josh Schwartz and Stephanie Savage, who previously teamed on THE O.C., GOSSIP GIRL, THE CARRIE DIARIES, HART OF DIXIE, THE ASTRONAUTS WIVES’ CLUB and the CW reboot of DYNASTY – Schwartz also co-created CHUCK with Chris Fedak – have adapted RUNAWAYS for the small screen. Following a Q&A session sponsored by Hulu for the Television Critics Association, the duo stick around for a much smaller follow-up discussion. This article is a combination of both their comments on the panel and in the later conversation.

Schwartz and Savage together have made a number of series about teenagers who treat everything as life and death. In RUNAWAYS, the stakes actually are life and death. Do the creators feel this gives their characters some vindication?

“They have something to complain about, yeah, that I think makes it universal and relatable that way,” Schwartz acknowledges. 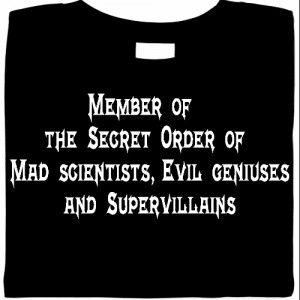 Does working on a Marvel property make either Schwartz or Savage think they might like to adapt more comic book properties into films or TV series? “I think it’s not just a blanket policy of, it’s a comic book, we’re going to do it again,” Schwartz replies. “This was my favorite comic book, and it was the one that I loved the most, and I got Stephanie excited about it. So when the opportunity arose to do it, it made sense in a very organic way, not just from a Marvel IP cash-grab way.”

“We’ve actually been working on this for quite a while,” Savage says. “From the first meeting with Marvel to writing – we wrote the first script on spec, and then we found the right home for it at Hulu, and then we wrote nine more scripts with our writers’ room, and then we shot the first episode in March, and then we started up in production in June. It’s been a twenty-four-month period, really, of working on this show. So it’s great to finally get it out and share it with people.”

Savage adds that it actually helps rather than hinders RUNAWAYS that it’s being made at a time when many other comic book adaptations are being made for films and TV. “The fact that there are so many superhero shows now, it’s actually liberating in a way that you don’t have to spend the first five episodes justifying why there are superheroes.”

“Yeah,” Schwartz agrees. “We don’t see this has a superhero show. We really don’t. There are no capes and cowls, there are no code names, which was true of the comics – for the most part, they had code names, but they thought they were lame. And so that way, the same way that the movie side of the Marvel Cinematic Universe has expanded, where GUARDIANS OF THE GALAXY is also considered part of that world, even though they’re not straight-up superheroes, or DR. STRANGE, or ANT-MAN, I feel like the television world is expanding as well, and we like being on the West Coast and an outlier inside of that realm.” He is referring to the Marvel’s Netflix universe, which takes place in and around New York.

“Also,” Savage says, “there are so many more homes than there were even a few years ago. If you were doing a teenage superhero show, ten years ago, who would have even put that show on the air? And now there are just so many places, and we’re thrilled to be in business at Hulu. Craig Erwich [Hulu senior vice-president, Head of Content], who we’re working with, was actually the head of drama [at Fox] when we did THE O.C.”

Although Schwartz’s CHUCK had science-fiction elements, this is his and Savage’s first foray into full-on superhero storytelling. Has there been a steep learning curve as far as visual effects?

“To some degree,” Schwartz responds. “We’ve done stuff with genre in it before. The stuff has definitely evolved since then. Luckily, we have really good visual effects editors and supervisors, and we can just focus on the stories and the performances.”

“And Marvel’s been super-helpful with that,” Savage points out. “Everyone that works with Jeph [Loeb, who supervises Marvel’s film and TV], they have a full team of people who are designing Marvel props, and you’re very supported. It’s not just on your shoulders, that whole world.”

Regarding the tone of RUNAWAYS, Schwartz states, “It’s important to us that there are no true villains in the show. The book obviously tells the story from the point of view of the kids, and it’s really important to us that we take the time to build up the parent characters in this story as well. That’s been one of the great joys of having Brian K. Vaughan in the [writers’] room with us, just being able to talk about if you could dig into these stories and dig into those parent characters, what stories do they have to tell? And in fact, our first episode really does follow the kids from their point of view. The second episode tells the same story, but this time, from the parents’ point of view. So it’s really [important] to have that balance and to really understand the motivation that’s taking place for both sides of the equation.”

Savage adds, “Josh actually has a personal involvement in this, because the first round of comments, he was not a parent. And now he is a parent. So we found him a lot of times in the role of feeling like there was a certain point of view that was not fully represented.”

“Well, sure,” Schwartz responds. “It is a great thing that Brian built into the book, this idea of every teenager thinks their parents are evil. What if your parents actually were, which is super-relatable, no matter what genre? And then on the flip side of that, there are going to be times in your life as a parent when you’re going to do something and your kid is going to hate you for it. But in your mind, you’re doing it for their own good. And that’s really the story we want to tell. We didn’t view it as a superhero show. We really viewed it as a coming-of-age drama, a family drama, where we got to tell that story inside of a Marvel show. That was really hard.”

RUNAWAYS has an enormous cast of series regulars, with Rhenzy Feliz, Lyrica Okano, Virginia Gardner, Ariela Barer, Gregg Sulkin and Allegra Acosta as the adolescents and Angel Parker, Ryan Sands, Annie Wersching, Kip Pardue, Ever Carradine, James Marsters, Brigid Brannagh, Kevin Weisman, Brittany Ishibashi and James Yaegashi as the parents. With that many characters, how do the writers service all of them?

“That’s the challenge and that’s the fun,” Schwartz relates, “trying to make sure the storytelling is really balanced, and that we’re getting to do scenes with everyone.”

Schwartz allows that he was a big fan of BUFFY THE VAMPIRE SLAYER. “Loved it. We have James Marsters in our cast.” Marsters plays Victor Stein, father of Chase, who is portrayed by Gregg Sulkin. There is, Schwartz notes, a certain physical resemblance between the actors. “They’re good cheekbones, for sure.”

In terms of the division of responsibility between Schwartz and Savage, Schwartz says, “It’s pretty organic. It’s like, ‘Who’s covering set, who’s going to that meeting?’ We write together. It’s very collaborative. There’s not really a clear division of power. Stephanie is smarter …” Savage laughs at this comment, “and therefore more responsible as well, but everything else, we really do together.”

Savage elaborates, “The show is really demanding. In addition to it has a huge cast and a lot of stories that we’re telling, it’s shot a lot on locations, there are visual effects and stunts. We had two units shooting at the same time [in July], where Josh and I were basically on a twenty-three-hour schedule, so that I was getting up early in the morning and shutting down in the evening, and he was getting out of bed at four in the afternoon and coming home at four at night. We’ve worked together for so long now that we have a great shorthand, and it’s very easy for one person to do something and then hand it off to the other without people feeling like they’re confused or they don’t know who to ask, or that we’re on different pages.”

Do the producers feel that RUNAWAYS speaks to present-day global politics? “Well,” Schwartz says, “I think this is a time when figures of authority are in question for some of us, and this is a story where teenagers are at that age where they’re starting to see their parents as fallible and human. I guess if I was to answer in an abstract way, it is that just because somebody is in charge doesn’t necessarily mean they are here to do good.”

Savage and Schwartz won’t say yes or no answer as to whether the RUNAWAYS comics dinosaur character Old Lace will appear, but Schwartz teases, “I mean, how do you do RUNAWAYS without Old Lace, is how I would answer that question.”

What would the show runners most like people to know about RUNAWAYS? Schwartz answers, “We’re really proud of it.”
Shop Shirts @ Buzzy Tees!