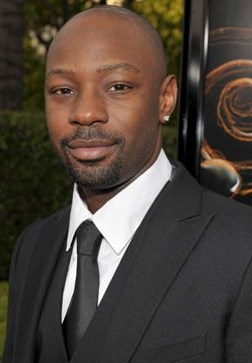 If Lafayette Reynolds were a real person, he’d have actor Nelsan Ellis to thank for saving his life. As fans of Charlaine Harris’ Southern Vampire books know, Lafayette is murdered early on in the series. The books are the basis for the HBO hit series TRUE BLOOD, one of the few genre shows ever to be nominated for a Best Drama Series Emmy (as it is this year). Ellis’ performance as Lafayette so impressed TRUE BLOOD creator Alan Ball that the outspoken fry cook/V dealer character has survived as an integral element of the show, now in its third season.

Initially, Ellis says, Lafayette’s longevity came as a surprise to him, as he was familiar with the character’s fate in the books. “I knew [Lafayette was going to live] after the table read of the twelfth episode. So throughout the whole first season, I thought I was dead. Alan said they had decided to keep me during the pilot, but he didn’t tell me,” Ellis laughs.

In person, Ellis appears considerably more relaxed and upbeat than Lafayette, albeit the character has good reason to be tense, what with specific threats from his vampire V suppliers Eric, played by Alexander Skarsgard, and Pam, played by Kristen Bauer Von Straten, the suicidal depression of his beloved cousin Tara, played by Rutina Wesley, and the general weirdness that seems to be in the groundwater of Bon Temps, Louisiana. Even people who watched the entirety of Tim Minear’s FBI series THE INSIDE may be startled to realize Ellis played agent Carter Howard on the show; he was also in the films THE SOLOIST and THE EXPRESS. Additionally, Ellis is a playwright, author of the acclaimed UGLY, which deals with domestic abuse.

Right now, though, Ellis’ focus is on TRUE BLOOD and Lafayette’s trajectory. As another character observed, Lafayette has lost a lot of his initial joie de vivre. Of course, this is a fairly normal reaction to being locked naked in a vampire dungeon for a few weeks, then nearly dying of a gunshot wound and having to drink from erstwhile captor Eric to heal, which means said erstwhile captor now has a permanent psychic hold. Will Lafayette ever get his initial high spirits back? “I don’t know,” Ellis acknowledges with a laugh. “He’s definitely going through post-traumatic stress disorder. Lafayette has always been composed and he’s always known what to do when he got himself in a tight situation, because that’s what survivors and hustlers do – they get themselves out of tight situations, because that’s the nature of their job, or their various jobs. But this is a situation that he doesn’t know what the hell to do about. He’s terrified that he may not be able to get himself out, and if he does, he doesn’t know what’s at the end of it. So I think it’s a wide range of emotions.”

Of Lafayette’s carefree side, Ellis opines, “I think it’s kind of gone. I think, knowing a little bit about Alan, I think he’s probably going to explore other places in Lafayette. He doesn’t seem like he goes back – he touches something and moves on. I think that element will always be a part of Lafayette, because it’s a part of his DNA. I don’t know if it’ll be as projected ever again as it was in the first season. And if it does, that’d be a ball for me. But I don’t know if Alan is going to do that.” 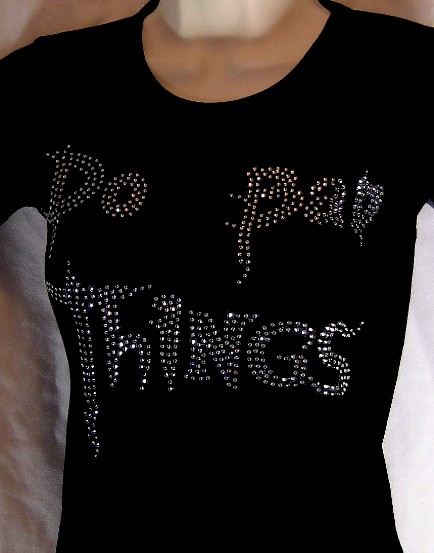 However, Ellis feels its unlikely Lafayette will ever completely lose his spirit. What the actor likes best about the man he plays is, “His fun. I think Lafayette looks at life in a way that is, ‘You know, whatever. It’s just survival of the fittest. Let’s just get it done.’ I think he’s drama-free, as long as he gets the money to do what he wants to do, he’s fine, and he keeps it light. I like that about him – I like the fun and lightness about him. Whenever you inundate him with all this drama, I feel burdened,” Ellis laughs, “I’m like, ‘Oh, that’s …’ I just think that he’s much like me. To a fault, I tend to be on the lighter side of life, even though I’m admonished a lot for not taking things as seriously as I could, but the light part of Lafayette, the fun part of Lafayette, is what I like the most.” In real life, “I love to save the drama for the work.”

In one particularly memorable sequence in Season Two, Lafayette forced himself to dig a piece of metal out of the severed leg of a dead man in the hopes of using the metal to get free (an effort that led to the gunshot wound). The scene unnerved more than a few audience members. However, Ellis says, “I wasn’t grossed out.” This isn’t to say it didn’t have an effect. “I mean, I was grossed out by the blood, because it was so real-looking. The leg looked real, too, but the blood freaked me out a little bit. The blood sort of did something to my subconscious and – I’m already an insomniac I would like not be able to sleep. I usually go to sleep at five or six in the morning and I couldn’t go to sleep until eight or nine. So it was the blood, not the leg, but the blood.”

In that case, how did Ellis feel about the scene where Lafayette sucks blood from Eric’s arm? “I have no problem sucking Alexander’s arm. It’s just an arm. I had a problem with kissing Stephen Root [who played vampire Eddie in Season One], but he’s a good kisser, so after the seventh take, I’m like, ‘All right,’ shut my eyes and just imagine it’s my girlfriend – although his facial hair was stabbing me to death in my face.” Ellis notes this led to an epiphany: “‘Oh, this is why women want us to shave, because we kill them with our facial hair when we kiss them!'”

Is there anything else Ellis would like to say about TRUE BLOOD? “Watch it. It’s unlike any other show on TV.”

Article Name
Nelsan Ellis Interview
Description
However, Ellis feels its unlikely Lafayette will ever completely lose his spirit. What the actor likes best about the man he plays is, “His fun.
Author
Abbie Bernstein
BuzzyMag.com