Other Places by Karen Heuler 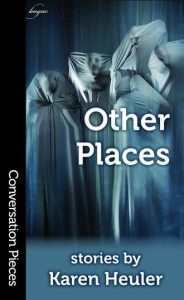 “Other Places” is a collection of fantasy, sci-fi, and horror stories that were written by the very talented Karen Heuler. I found it to be a nice mix of short and longer pieces. This makes for a good read when you are looking for appetizers rather than a four course dinner. The collection defies lumping into just one type due to its diversity. It has a lot to offer anyone interested in a fresh look at genre stories.

The second story in the collection is “The Apartments”. Ms. Heuler does a wonderful and strangely unhurried job of pulling at the threads of reality and discovering what visiting the apartments she used to live might teach her. Anyone who has lived in a place previously occupied by other people has probably thought about what life was like there before they moved in. While there are quite a few stories in the collection that touched me, none affected me as much as this one.

If “The Apartments” is oh so terrestrial, don’t think for one moment that this book won’t take you far, far from our solar system. “The Moons of Martle Hart” is a story of the risks of space exploration. Ensign Carly Lipper is on a routine mission in a small flyer patrolling the moons of a gas giant planet named Martle Hart. At least she thought it was a routine solo mission until Lieutenant Janet Bango showed up. It seems like there were more things for Carly to watch out for other than invisible creepy beings and clones to worry about. What do you do when you are faced with an enemy who thinks of you not as another enemy but more like a light entertainment? An enemy who is vastly superior in every way and has no intention of releasing you? Of course I won’t tell you. 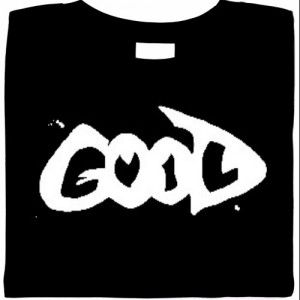 This is one of those rare books of short stories that can challenge your view of reality. You should be able to hear a diverse collection of voices, values, designs and beliefs. Other Places

does in 136 pages what few books can approach in many times that number of pages; it makes you think. Not each tale may be your proverbial cup of tea but whether you find yourself in “Nox’ pondering the nature of the inhabitants of a twilight world who seem to be an extension of humanity but then again…maybe not. Or viewing in “How to Be a Foreigner” the way we people of Earth might be seen by genuinely alien tourists. You will find your mind stretching a bit more than is called for in the everyday life we live. “Respite” is very likely the most frightening story I have read in ages. Frightening because the people who are doing the most harm are convinced they are doing the most good. It cuts too close to reality to ever allow you to feel comfortable. In all there are ten little gems here that are worth your time and the purchase price.

I would also suggest you get the hard copy rather than the eBook as that edition comes in a PDF format which some people may find a little difficult negotiating.

Other Places by Karen Heuler. Book Review. This is one of those rare books of short stories that can challenge your view of reality. You should be able to hear a diverse collection of voices, values, designs and beliefs.