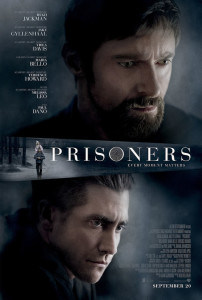 How far would any man go if his child disappeared? It depends on the man.

Keller Dover’s (Hugh Jackman) personal philosophy, passed down from his father is: “Hope for the best. Prepare for the worst.” He’s a devout survivalist, and a bit of a control freak. When his daughter and her friend are kidnapped–his world is turned upside-down.

The law enforcement team looking for the girls is led by Detective Loki (Jake Gyllenhaal), a man with dogged persistence and focused drive. His detail-oriented approach to police investigation has resulted in a perfect record that he is justifiably proud of, although his personal life has suffered–he has none to speak of.

These two men, how they handle the investigation and interact with each other, as one does his job and the other faces a personal version of hell, is the bulk of the film. And I could have watched them all day.

On the other side of the equation is Alex Jones (Paul Dano). He’s the obvious suspect for the kidnapping, but he is a mass of contradictions. The only things clear are that he is mentally challenged, and that more is going on than is apparent on the surface.

The rest of the cast almost serves as window dressing: Dover’s wife is just there to accentuate what a dominant presence he is in the life of his family, while the family of the other missing girl exists mostly as a contrast/foil to Dover’s actions. Although the entire cast does a fine job of presenting the characters they’re given.

The more time that passes in a disappearance, the less likely a good outcome is. Everyone in the movie knows this, and it ratchets up the tension considerably as time continues to pass by.

The script gives you twists and turns and possibilities (although some of them were easy to see coming, they didn’t lessen the tension at all).

More than anything, this film is a study of Dover’s struggle with his faith as he tries to reconcile his spirituality with what has happened. As his desperation grows, and his actions become more extreme, you get to watch as his world falls apart.

To a lesser extent, you watch Detective Loki start to connect more emotionally, while still keeping it together and doing his job. He won’t be unchanged by working on this case.

This is a violent, triggery film, but one well worth seeing. It’s a thriller of the first order, elevated by amazing performances by Jackman and Gyllenhaal. 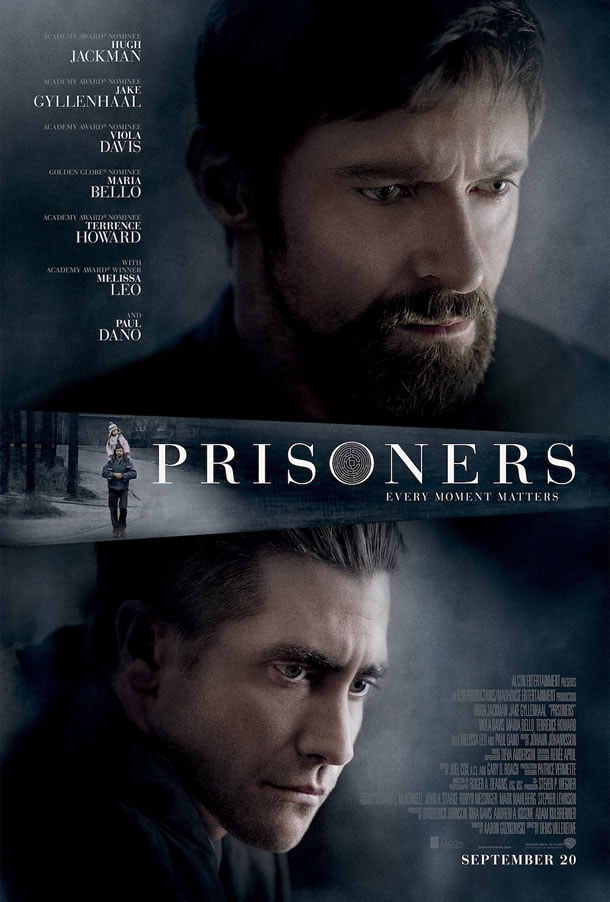 Article Name
The Prisoners Movie Review
Description
The law enforcement team looking for the girls is led by Detective Loki (Jake Gyllenhaal), a man with dogged persistence and focused drive. His detail-oriented approach to police investigation has resulted in a perfect record that he is justifiably proud of, although his personal life has suffered–he has none to speak of.
Author
Elektra Hammond
BuzzyMag.com