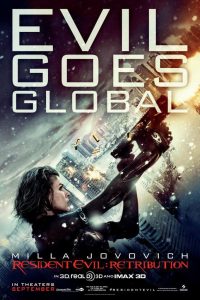 This one is all about Alice (Milla Jovovich)–hey, it’s a Resident Evil film. And about girls kicking ass–lots of it. If you missed any of the first four movies, don’t worry, Alice narrates a quick recap early on that will do a decent job of bringing you up to speed.

Everyone is in this one: even some characters that died in previous films are back, some of them multiple times, and several new characters from the Resident Evil video games.

As usual with the Resident Evil films, there is plenty of Girl Power front and center. Milla Jovovich fights, well, everyone and does it in her usual inimitable style. Representing Umbrella Corporation is the still-brainwashed Jill Valentine (Sienna Guillory), and the two together have some awesome action sequences. Also getting in their share of sparring are Ada Wong (Bingbing Li) and returnee Rain (Michelle Rodriguez). And all of them do some (or all) of their fighting in high heels (ouch!). There’s even a spot where Alice and Ada do a “Charlie’s Angels”-type pose before they run off to fight monsters.

The boys are here, too, often as a back drop or just playing straight men for the women to bounce lines off. Oded Fehr’s Carlos is back, as are Luther West (Boris Kodjoe), One (Colin Salmon) and Albert Wesker (Shawn Roberts). Leon Kennedy (Johann Urb), Sergei (Robin Kasyanov), and Barry Burton (Kevin Durand) round out the male contingent. They get their share of fighting, too, but it pales next to the awesomeness of the ladies.

There’s lots of weapons: hand guns, knives, long guns, rocket launchers, and grenades. As well as plenty of T-virus infected monsters to fight. There are clones. And chase scenes, lots of them. Tons of things blow up–destruction of property galore.

They do a great job of creating interesting environments while still keeping the action contained, and maintaining the overall menace of Umbrella Corporation throughout. They also introduce a time limit on things, and give a solid justification for it–this keeps the tension up, and the pace of the movie moving.

Jovovich gets some interesting costumes in this one, including a scene where she is wearing nothing but two pieces of paper held on by strips of scotch tape–and she can sure get dressed fast when she needs to.

Best scenes: a chase featuring a Rolls Royce that goes in some interesting places. Also Alice versus Jill Valentine–mano a mano, while at the same time Rain does some serious ass-kicking against two big guys.

The cinematography is really nice in places. The choreography in the fight scenes and the shootouts was also exceptionally well done.

Overall, this is a movie with a lot of nice pieces. They just didn’t seem to mesh into something greater than the sum of its parts. Some of that was the ending–despite being ninety-five minutes long, it felt like just half of a movie. The entire sequence was merely a setup for the next go ’round. Fun, but it might be better to wait for the next one to come out and see them together . . . 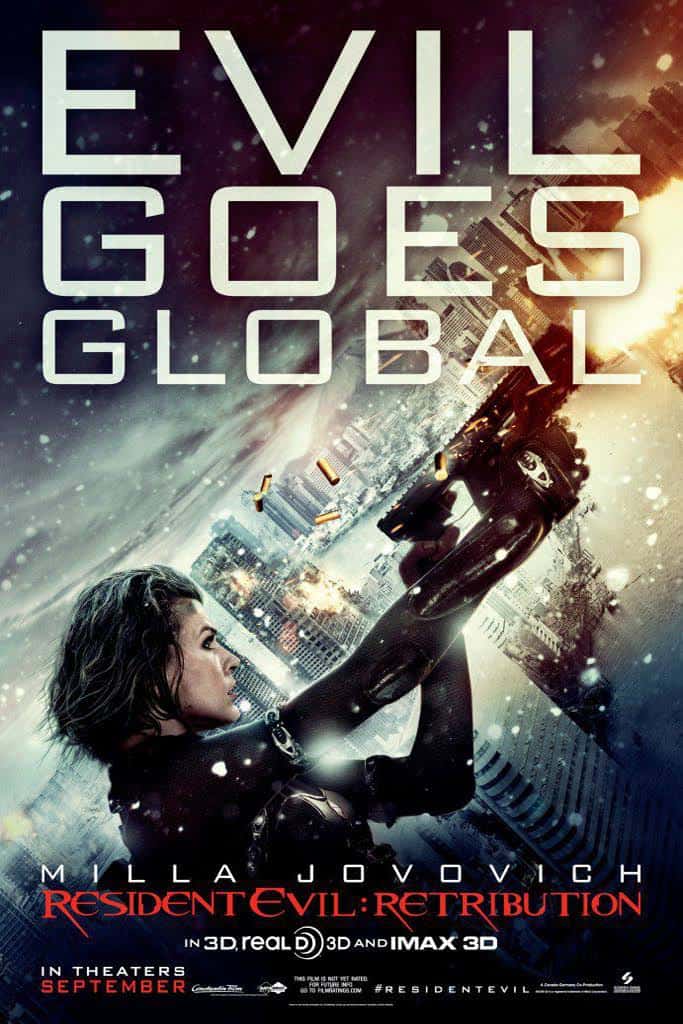 Article Name
Resident Evil Retribution Movie Review
Description
As usual with the Resident Evil films, there is plenty of Girl Power front and center. Milla Jovovich fights, well, everyone and does it in her usual inimitable style
Author
Elektra Hammond
BuzzyMag.com