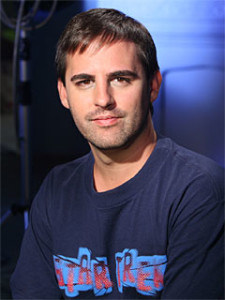 Fox’s new series SLEEPY HOLLOW, which premieres Monday September 16 at 9 PM (following the season premiere of BONES), is based not only on Washington Irving’s famous story THE LEGEND OF SLEEPY HOLLOW, but also on another of Irving’s tales, RIP VAN WINKLE, both published in the author’s THE SKETCH BOOK OF GEOFFREY CRAYON, GENT., which first came out in 1818-1820.

As in Washington’s original, Ichabod Crane (played by Tom Mison) is a resident of the small town of Sleepy Hollow, with the twist that he is a soldier fighting for the cause of independence in the Revolutionary War. When Ichabod is beset in battle by a fearsome masked horseman, Ichabod beheads the foe – who then continues fighting. A great chasm in the earth swallows up both Ichabod and the Headless Horseman – who both remain dormant for the next 250 years. When Ichabod is released by an earthquake, he – like Irving’s famed Rip Van Winkle – finds that much has changed while he’s been asleep. Yes, Sleepy Hollow is still a small town by contemporary standards, but it’s huge from Ichabod’s eighteenth-century point of view. He promptly makes a bad impression on local police officer Abbie Mills (Nicole Beharie) by asking if she’s a freed slave. However, Abbie has had some brushes with the supernatural of her own, and by the end of the episode, she and her boss, Captain Frank Irving (Orlando Jones), believe not only that Ichabod is really a man of another time, but that the Headless Horseman has risen as well – and he’s one of the Four Horsemen of the Apocalypse.

This version of SLEEPY HOLLOW began as an idea by writer Phillip Iscove, who brought it to writing/producing partners Roberto Orci and Alex Kurtzman at their K/O Paper Productions production company. Orci and Kurtzman have been writing together since high school. With J.J. Abrams, Orci and Kurtzman created FRINGE and wrote and produced the first two new STAR TREK films, as well as the first two TRANSFORMERS features, among many other credits.

Orci, Kurtzman along with fellow executive producer Mark Goffman, directing executive producer Len Wiseman, supervising producer Iscove and lead actors Mison, Beharie, Jones and Katia Winter, who plays Ichabod’s wife Katrina, are all at the Television Critics Association SLEEPY HOLLOW presentation for the press at the Beverly Hilton Hotel. When the main Q&A ends, everybody splits up, so that each one can talk to their own smaller group of reporters.

Here’s what Orci has to say about why he and Kurtzman chose to get involved with SLEEPY HOLLOW at the outset: “It’s like a little water snake and you follow it. Why this one, instead of others? This one was just one that stuck in our head. When Phil pitched it to us, we thought, “Maybe we’ll just produce it, and you can go write it,” but then,” he laughs at the happy recollection, “we were like, ‘We’d like to create that with you.’”

The idea to have Ichabod be from an earlier century – Kurtzman calls it “great” – is all Iscove’s, Orci points out, “the twist that he had of a man out of time – the first American, in a sense.”

As to how the rest of the concept came together, which elements came first and last? Did it go, “The SLEEPY HOLLOW story, use the Headless Horseman – hey, Horsemen of the Apocalypse”?

Orci, explains, “Once we got together, the original thing [Irving’s short stories] and then, okay, modern day, and then, oh, actually we can link it to the Bible. You know, a lot of people we tell the story to, they assume that the Four Horsemen of the Apocalypse were actually part of the original Washington Irving story – which only happens to be seventeen pages, really. So it’s a great starting point and then we built on it very much in the logical progression [described in the question].”

Ichabod’s adventures in the present, Orci adds, “can go from the mundane to the deep, including finding a twenty-five-dollar sandwich in a hotel menu. That’s a lifetime of money to him.”

Will we meet other supernatural entities in SLEEPY HOLLOW besides the Horseman? “Yeah,” Orci affirms. “It’s a war, so the Four Horsemen in a sense are generals in the army of that side of the Apocalypse, and they have many foot soldiers.”

One of the story threads established in SLEEPY HOLLOW’s first episode is that Ichabod’s wife Katrina is a witch who has been trapped in a painting since Ichabod and the Horseman were trapped. In the present, Ichabod attempts to rescue Katrina. Does this preclude romance between Ichabod and his new colleague Abbie Mills?

“Well,” Orci says, “that’s one of the human questions, right? It doesn’t preclude it in terms of the laws of physics. The question is, can the characters go there, will they go there, will they have the interest to get them there? Also where the characters are going, just their decision-making – does it make sense that they’re ending up on the same sides of things? It’s something we are open to, but you never want to force it on those kinds of things.”

What does directing producer Len Wiseman (who directed the first two UNDERWORLD films, LIVE FREE OR DIE HARD and the pilot) bring to the project? Well,” Orci replies, “first of all, he’s a great tie-breaker. Because when [Kurtzman] and I fight, he’s like the vote. But it also allowed us – when you’re developing from the beginning with a director, we’re not having to write it and then wait to have the director come in and sort of help us also to visualize it [the way that the director sees it]. When we’re coming up with the story together – that’s why [Wiseman is credited as] a creator of the show, and in a way, he was a co-writer from the visual point of view. And that’s baked into the pilot, and that’s a great advantage. Because normally, you write it and then a director comes on and then you change it. This time, it just got baked in.”

It’s a happy balance, Orci notes. “We [Orci and Kurtzman] are writing multiple episodes. Len is coming back to direct [more besides the pilot]. Sometimes you find yourself in a band that wants to go to band practice more. This is that kind of band.”

Speaking of happy bands, is Orci happy with the way FRINGE ended? “Yeah. Four-and-a-half years – and by the way, by the end of it there, that was really [show runner/producer] Joel Wyman and the staff, so I became as much of a viewer as I was behind-the-scenes.”

As Orci has worked both in films and television, does television have any charms for him that features do not? “Well, in TV,” Orci says, “you get to tell more complicated stories, frankly. You get to really have a character unveil himself or herself over the course of thirteen or twenty-two [episodes]. It’s also fun to see it instantly. A movie is like two years of your life and at the very end, you see one thing for two hours, and then you’re like, ‘What did I just do with two years of my life?’ Here, you actually get to see something kind of come together every month, and you learn a lot from seeing instant feedback to your own work. It’s sort of like being on the road touring, versus doing an album. Touring is playing live every night, and an album, you’re locked in there with all your mates and no one hears anything.”

Fantasy and horror are resurgent this season on television, with the advent of not only SLEEPY HOLLOW, but also ONCE UPON A TIME IN WONDERLAND and THE ORIGINALS, as well as the return of their respective parent series ONCE UPON A TIME and THE VAMPIRE DIARIES, plus the success of GAME OF THRONES, TRUE BLOOD, AMERICAN HORROR STORY, TEEN WOLF and THE WALKING DEAD, to name but a few. Does Orci have any theories about what has allowed the genres to flourish this year? He says he thinks it may be because right now, people have slightly less taste for hard science-fiction. “Part of it, I think you can see, sci-fi has slightly hit a stumbling block in some of the summer [theatrical release] stuff that we saw. So I think maybe it’s cyclical a little bit, that you jump between wanting everything to be totally logical [as in hard sci-fi] and then sometimes a little bit more whimsical. And obviously, the success of some of the fantasy that’s happened lately tends to whet the appetite of audiences who want more.”

Orci says that he and Kurtzman are being encouraged to develop other unconventional projects. “Part of our development slate this year [is due to] the fact that the networks themselves are telling us, ‘Yes, we are interested in known titles,’ but they’re also willing to take more chances as a result of how cable has shown that you can do very original stuff and get the same kind of numbers that networks now sometimes want. So I think the environment is right for taking chances with original stuff.”

Is there anything else Orci would like to discuss regarding SLEEPY HOLLOW? Yes, he says, there is. “You know, I think when some people hear the premise or see a poster on its own, there’s skepticism. They think, ‘How is it possible to achieve the tone …’ You know, you have a Headless Horseman running around with a shotgun. And I think people will be surprised that that’s part of the fun. If you can actually make that work, then it really works. And if it doesn’t work, then it really doesn’t work. And that’s what you want to do. You want to take chances. Like Nicole was saying, ‘Okay, that might work if you do everything else right.’ So we’re setting ourselves a high bar, because we don’t want a simple hurdle to jump over and say, ‘Well, let’s hope that that works.’ We want to really test ourselves and force ourselves to come up with inventive stuff that we have to really justify and believe.”