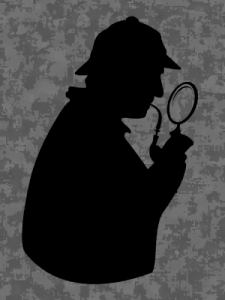 He can do that now.

Arthur Conan Doyle published his first Sherlock Holmes story, A Study in Scarlet in 1887. His last, The Case-Book of Sherlock Holmes, was a collection of short stories published from 1921-1927. Now, as decided by the Supreme Court on June 16, 2014, of the fifty-six stories and four novels written (all but the few stories written after 1923) forty-six stories and all four novels are now in the public domain.

Here’s a short primer how copyright works for writers who believe they will hit it big and then die dead and leave the rights to support their families. That’s what we all hope, right? Well, except for the dead part.

Anything you wrote after 1978 is protected by copyright for your lifetime plus seventy years. Your money goes to you. Then, after you are dragged screaming into the otherworld, it goes to your children, and maybe even to your grandchildren for seventy years. After that, it goes to the public domain and anyone can use it as they like. If you want your copyright to last longer, you need to live a good and healthy long life and maybe go outside sometimes or to the gym.

Some of the reasons Sherlock Holmes is still popular almost a hundred and twenty years after he was created by Arthur Conan Doyle are the embellishments that other creative people have added to the character. “Elementary,my dear Watson,” was a film addition as well as Sherlock’s famous hunting cap. Fans of the character have helped to build him into the icon he is today. There should probably be a lesson in there somewhere about fan fiction and YouTube videos.

Sherlock in the public domain gives us all the chance to wear the double-billed hat and to solve the world’s problems presented under our spy glass. While Great Britain has a ten-year head start on us. (Their copyright laws are different than ours.) We need to put on our thinking caps and send Sherlock once more unto the breach.

All of this makes Sherlock Holmes way more awesome than before because now, all your Sherlock are belong to us. We’ll have Sherlock movies, Sherlock video games, T-shirts, hats, and the very best thing of all— more Sherlock stories. I’ll get to keep Benedict Cumberbatch at my

house. Okay maybe not that last one.

The miraculous amazement that is Sherlock Holmes can now grace your manuscript. (I call dibs on middle grade Sherlock.) I’ve already seen one anthology in progress by Michael Ventrella, and expect that we will see many more. I hope from the bottom of my feet to the ends of my hair that a new writer will twist and turn us with a new Sherlock’s impossibly logical thinking and snarky wit.

Who doesn’t love Sherlock? Come on. Wouldn’t you just adore seeing Sherlock Holmes detect his way through The Young and the Restless or back up Harry Dresden? Maybe he can tell us what really happened to Marilyn Monroe or what actually transpired on the grassy knoll. Obviously he can figure out anything, and now that he’s free, who knows?

Sherlock could bring back the space program. He could bring back Firefly! My brain just exploded with the possibilities. Writers, if you do not immediately jump on this opportunity I will have to hunt you down. You don’t want that. Trust me on this.

Sherlock Holmes and John Watson are also the fathers of modern bromance. Before there was a Sam and Dean from Supernatural, there were Sherlock and Watson. Tony Stark and Bruce Banner from the first Avengers move, Captain Kirk and Mr. Spock from Star Trek, and even Kevin Riley and Javier Esposito from Castle owe some of their character traits and trademark steadfast friendship to Arthur Conan Doyle. 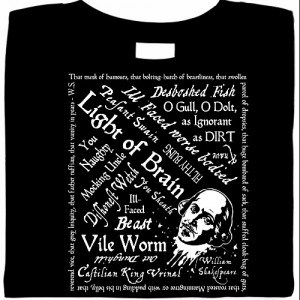 In my opinion, not only did this author, Arthur Conan Doyle, bring bromance into the world, he brought the science of deduction. An amateur detective himself, he helped to solve two different cases and free two innocent men in the real world. If Sherlock and Watson are amazing it is because the writer put honorable bits of himself into the books.

I know some awesome writers. They have honor and an inherent kindness and integrity that transposes into their characters. Every author puts themselves into each page of their stories. Little bits of their heart’s blood decorate every word. Now these same people are as twisty-minded and so Machiavellian in their thinking that you stay up all night to go one page to the next. Of course you end up going “Argh!” and “Why didn’t I think of that?” before you trot your red-eyed self to work.

Those guys are going to give us shock and awe now that Sherlock is in the public domain. I can hardly wait. 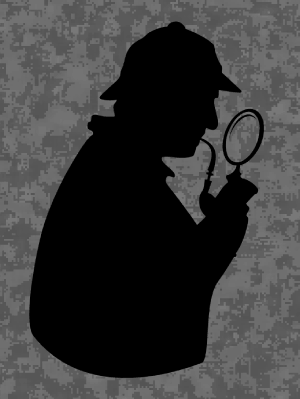 Article Name
Sherlock Holmes Saves Mars - Primer On How Copyright Works For Writers
Description
Anything you wrote after 1978 is protected by copyright for your lifetime plus seventy years. Your money goes to you. Then, after you are dragged screaming into the otherworld, it goes to your children, and maybe even to your grandchildren for seventy years. After that,
Author
Written by Julie Butcher-Fedynich
BuzzyMag.com