Sleeping Late on Judgement Day follows renegade Angel, Bobby Dollar, in his quest to uncover corruption among the higher ranks of Heaven and Hell. 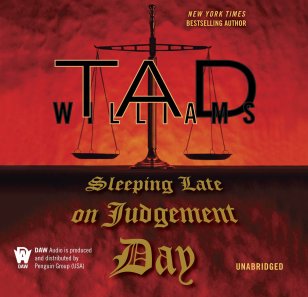 Sleeping Late on Judgement Day Review. Questions of the afterlife have been debated as long as humans have been able to debate. The most common questions about the afterlife that come up are: Is there one? What is it like? How do we get there? But, if we are being sent to judgment wouldn’t it be nice to have someone arguing for us? Then again, it could be a violent, drunk, reckless angel like. In which case, we may want to represent ourselves.

Bobby Dollar has been to Hell and back and has nothing to show for it. His demon girlfriend, Caz, is still trapped in hell and he has to return to his job of angel advocate (representing those who recently died, arguing why they should go to Heaven). Until one day Bobby sees someone who tried to help him but has been wiped. That?s not the only strange thing that is going on. Bobby finds himself joining forces with amazons, gay angels, even a Duke of hell as he fights against neo-Nazis, nightmare children, and a former goddess. But even if Bobby can survive he still has to answer questions in Heaven, and Heaven isn’t exempt from corruption in the higher ranks.

I came into the third book of a trilogy as an outsider, as opposed to a fan. Williams does a great job catching up new readers and summing up everything to this point. How various religious dogma, history, and mythology were handled was also very well done. Readers are treated to a world much like our own populated by quirky characters and Williams has done an amazing job building up various other worlds (in this novel we are given a pretty good look at both Heaven and the third way between Heaven and Hell).We?re not given all the answers to questions brought up in earlier books, but Williams does wrap up many of the major story arches.

Initially I found the way that Bobby Dollar spoke to the reader as annoying. He asks and then answers rhetorical questions. He was a more of an arrogant Sam Spade or Phillip Marlowe. But as the novel progressed his mannerisms began–not to grow on me per se, but they really fleshed out the type of character he was. He is an annoying blowhard, but being so made him more real. The main character being an angel could lead some less talented authors to give him some sort of superpowers but he is very relatable.

Overall  was a very entertaining read. It had enough action to keep it moving, it never stopped to over explain anything, and the humor broke up the graveness of the events that would have otherwise made the book a bit of a downer. If you are a fan, you probably already have it, but it is definitely worth picking up. 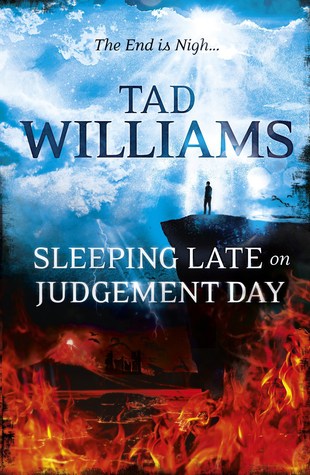 After failing to rescue his demon girlfriend from the Grand Duke of Hell, fallen angel Bobby Dollar runs into an old friend who has mysteriously lost his memory.