BEST Star Wars gifts for all ages in every price range.

Looking for the perfect present For the Star Wars fan in your life? Here are the TOP RATED options in all categories. 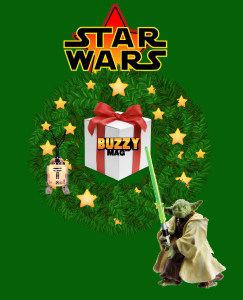 Price $65 – $75
Two games in one, this star wars gift allows 2 – 5 players to choose between the campaign game and the skirmish game, both taking place after the Death Star destruction. Campaign includes 30 missions where one player is the Empire and the rest are rebel fighters. Skirmish on the other hand, is a battle game where players have their own teams of characters and they fight each other.

Ages 13 – 15
Price $25 – $35
This one is a lower price point option that doesn’t skimp on quality. The painted miniature game pieces form an army of either Rebel X-Wings or Imperial TIE fighters. Players are given missions where they must build their team, equip their aircrafts, plan a strategy, and fight in ship-to-ship combat.

Ages 10 and up
Price $30 – $40
A twist on the classic game of Risk! Choose to be Team Light Side or Team Dark Side and experience the final events of Star Wars: Return of the Jedi. Classic Risk dice guide the game piece characters through three battles – The Shield Assault, The Attack of the Death Star, and the climatic battle between Darth Vader and Luke Skywalker.

Ages 4 and up
Price $20 – $30
Standing at 6 inches tall, this is a great addition to any Star Wars figurine collection. The highly rated paint job brings to life expert X-Wing pilot, Poe Dameron, from Star Wars: Episode VII The Force Awakens. In the official Black Series collectible box, your giftee will find Poe along with four accessories – two gloveless hands, one side arm blaster, and one helmet.

Ages 4 and up
Price $65 – $75
The Disney edition collectible figures each come with their own stand and are around 5 inches tall. The six characters in the box are representative of the film Star Wars: Episode IV A New Hope. This set containing  Chewbacca, Princess Leia, Han Solo, Obi-Wan Kenobi & Darth Vader are meant to be for the more decorative collector. Without moving arms or legs, it makes playtime for a child less exciting… However, the Disney store is a top rated collectors creator and any of their box sets make for great Star Wars gifts.

Ages 3 and up
Price $35 – $45
Chewbacca, R2D2, CP3O, and Darth Vader are accompanied by Stormtrooper disguised Han Solo and Luke Skywalker. With weapons included, these set of Star Wars gifts make for great playtime sessions where the young one in your family can re-enact Han and Luke’s great escape from the Death Star. Great for little kids and noted for extreme durability.

Ages 4 and up
Price $170 – $180
This is one the fancier of my best Star Wars gifts list. The giant TIE Fighter plane is scaled to fit two 6-inch pilots in the cockpit (one included, others sold separately) and is recognized as a top-rated item because of it’s highly detailed paint job that is said to be done so well, it looks EXACTLY like the screen version. This is the FIRST ORDER edition and will be sought after by collectors for years and years to come.

Ages 13 and up
Price $445 – $575
Sony hasn’t been advertising this console release very much (a first in the gaming industry…) Why, I don’t know… Not only is it bundled with 5 games (Battlefront and 4 other classics), the console itself is reviewed to be a huge step up from the original PS4. Upgrades on the Star Wars Battlefront Limited Edition PS4 include a new Darth Vader inspired Dual Shock controller that improves functionality and control with remodeled analog sticks & trigger buttons, stronger HDMI output which creates better overall picture quality, brighter LED indication lights, and a refined console build that omits annoying sounds from things like the fan and power on/off features.

Ages 12 and up
Price $25 – $35
Travel the planets of the Star Wars galaxy and unlock four main Force Powers that will upgrade the abilities of the Secret Apprentice. Combine the powers of Force push, Force grip, Force Repulse, and Force lightning to fight battles on places such as Wookie home Kashyyyk, Felucia, Raxus Prime, and an Imperial TIE fighter construction facility. The story is built on decisions made throughout the game, which gives the player an individualized story experience.

Ages 7 and up
Price $6 – $20
ANGRY BIRDS! Star Wars gifts to waste time! Always an addictive favorite to entertain/distract your kids (or yourself) when needed. There is an app, but if you don’t want to give up your phone to sticky-fingered, booger-picking children, it is available for Nintendo 3DS, Nintendo Wii U, PS3, PS4, Xbox 360, Xbox One, and Playstation Vita.

Ages 7 – 12
Price $20 – $30
Star Wars gifts to create! Build everything Rey needs for his adventures on The Force Awakens. His aircraft features an opening storage hatch, side-mounted bag, blaster, dual stud shooters, electrobinoculars and a buzzsaw that will give Lego and Star Wars fans hours of building fun and a stunning finished product that can be played with as a simulation of Rey’s missions through the deserts.

Ages 6 – 12
Price $10 – $20
Two lightsabers and two stud shooters arm the included duo of Shadow Guards tasked with protecting the Empire. Off to battle, they need the builder to “pimp out” their speeder with extra ammo, stud blaster holders and 2 flick missiles. Also included are a pair of Shadow Stormtroopers.

Ages 9 – 14
Price $35 – $45
Lego Star Wars gifts for the bigger kids in the house! From Episode III Revenge of the Sith, this buildable, adjustable General Grievous comes to an 11-inch tall form through pins and ball & socket joints that allow him to strike any pose while leading his separatist Droid Army. Also included are 4 lightsabers, that fit into his 4 arms, and grant optimum performance during ground combat battles.

Ages 14 and up
Price $110 – $150
Of all of the Star Wars gifts, this one is the ULTIMATE necessity for wannabe Jedi Knights, Yoda fans, or lightsaber collectors. It’s higher price is well worth it… you aren’t buying a backyard toy, you are actually gifting a super-fan the feeling of becoming a real Jedi. Weighing in at 2.5 pounds, this lightsaber swings at enemies while boasting all of the true to life effects heard in the movies, such as electrical sounds produced in battle and the glowing lighted shaft. For time spent not fighting the Empire, the lightsaber comes with a stand so your super-fan can display it proudly or grab it at a moment’s notice.

Ages 6 and up
Price $140 – $180
“Ready to train are you?” Yoda teaches the ways of the Jedi in a truly interactive experience. During his lessons, he speaks 115 phrases and is equipped with voice recognition. Not only does he guide the Jedi trainee through lessons with his voice, his battery powered mechanical body demonstrates lightsaber techniques as well as his signature 360 move. THIS IS AWESOME. Click the link, look over at the photos section, and watch the video at the bottom! Disappointed you won’t be.

Ages 0 – 110
Price $15 – $20
Created by a company called Roommates, this brand of peel and stick decals are known to have easy application, zero reside, and can be repositioned if need be. The important thing though –  you can HAVE A BATTLE ON YOUR WALL! Artwork featured on all of the different styles is the Star Wars brand real thing and makes any flat surface appear to have floating ships, characters, planets, and scenes.

Ages 7 – 110
Price $25 – $35
During the holidays… or year round, Deck the Halls with 138-inches of R2D2! In all his glory, R2D2 glows white and blue as he uses his droid programming to light up any room (literally and figuratively.) Each set has 10 R2D2 lights. If you are going for a little Star Wars touch, one string should do… However, if you are really into going all out, the good news is all strings end with those christmas light type plugs where you can attach another strand, or however many the electrical system in your house allows.

Ages: All
Price: $5 – $10
Duct tape has so many uses. Not only can it be used fix basically ANYTHING, but it doubles as awesome craft and home customization supplies. Some creative, higher level favorites are clothing & accessories made of duct tape, zipper pencil pouches made of duct tape, crazy duct tape art, etc. The list is endless. I even once used duct tape to make a cover for an inflatable couch… it created some much-needed pizzaz in the room! Rolls of Yoda, Jedi, Droid, Darth Vader, and Stormtrooper decorated duct tape make for great Star Wars gifts! It’s uses are only limited to the creativity of the giftee! One could even simply cover everything in their room and transform it from just a room to a STAR WARS ROOM.