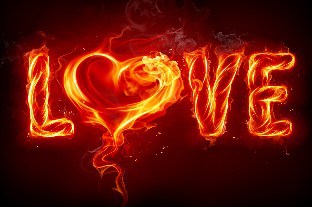 Romance is in the air. Balloon and rose sales swell the economy along with heart-shaped boxes of chocolates. It’s all about luuuuve. But St Valentine’s Day shouldn’t only be about the kind of love where you celebrate by dancing the horizontal Mamba. It’s about LOVE, real love—even when the love is fictional, and not romantic, and if it tips the weird-o-meter way over to the crazy side of the scale.

With this in mind, here are my top awesomely different fictional relationships.

Poor Xander must have a hidden taste for the exotic. The first crush he had turned out to be a Praying Mantis. He dates a reanimated Incan Mummy, 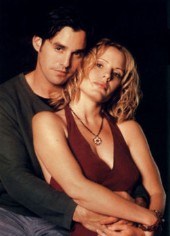 and then, after a relationship with a snobby cheerleader, (doomed to fail) finally finds a meaningful relationship with Anya, a former vengeance demon known as Anyanka. Josh Whedon churns out lovable and endearing characters. A master craftsman in the art of love of all kinds, he’s thrilled us from Toy Story to The Avengers. Xander and Anya happen to be my favorite.

When an entire West Virginia town is picked up and transported from now to 1632 Germany Jeff, a Dungeons and Dragons kind of guy rescues Gretchen (a camp whore against her will) and her family from the battlefield. The only common ground they have is what they’ll do to protect family. Once again this relationship is formed with excellent craft, gentle humor, and a culture divide as big as the grand canyon. This couple is as close to valentine-ish as I’ll get. 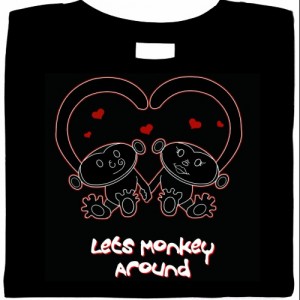 This pair made my list simply because of the extraordinary writing of Larry McMurtry. Some authors can create characters that tug on your heartstrings and live on in your mind well after the last page is turned. Mr. McMurty crafts people who never leave. Captain Call, a former Texas Ranger, hides in his work, emotionally cut off. The love of his life was a prostitute, and her son was Newt. Suspecting that Newt is possibly his son, or that of another man on the ranch, when he’s orphaned, he is raised by Captain Call. This is one of my favorite books ever and I don’t have the skill to explain the fascinating interweaving of their bond. You’ll need to go read the book.

Odd Thomas, created by Dean Koontz, is one of my favorite characters to read over and over. A fry cook in the imaginary town of Pico Mundo, California, Odd is a twenty year old who can see the dead. Elvis, who evidently has unfinished business on Earth, pops in on Odd quite regularly. There’s not a romance between Odd and Elvis but there is true caring and they’re almost constant companions. Plus you have to love anyone who hangs out with The King of rock and Roll.

2. Captain Lawrence and his dragon, Temeraire (His Majesty’s Dragon, 2006)

If you haven’t read Naomi Novic’s alternate history of the Napoleonic wars, you should immediately start. Captain Lawrence, a Royal Navy captain, is forced to join the dragon air corps when a contraband dragon egg hatches aboard his ship. Now, an outcast from polite society, he bonds with his dragon, Temeraire. The extraordinary relationship grows, fostered by the dragon’s keen intelligence and the Captain’s strong sense of duty and morality. They have loads of adventures with lovely sword fights, and travel to exotic places, all the while fighting for the good guys. Of course, now I want a dragon and to go and fight Napoleon.

Tom Hanks, could well be the top weird relationship guy and make all of the spots on my list. (Forrest Gump and Jenny in Forrest Gump, 1994), (Josh Baskin and Susan in Big, 1998), and (Paul Edgecomb and John Coffey in The Green Mile, 1999). This only names a few of his awkward fictional relationships. A master at his craft, Tom Hanks goes the extra mile to make us believe in his friendship with a volleyball. It can’t be easy to play to leather. That takes real skill, guys. So the crown of odd goes to Tom Hanks. Well played sir.

So this February fourteenth, let’s celebrate all of the wonderful love in our lives—whether they’re real or fictional. Eat some chocolate. Give strangers a smile, or a paper heart, or those little chalk candies that say, “Be Mine”. Instead of worrying about our own romantic situations, let’s realize that the day is about true love. Rediscover your love of friends, family, books, and movies. Celebrate the little joys we find in a sunset or the first violet of spring. And when you find that smidge of happiness, share it with someone.

Article Name
Strange Love For Valentine’s Day
Description
It’s all about luuuuve. But St Valentine’s Day shouldn’t only be about the kind of love where you celebrate by dancing the horizontal Mamba.
Author
Julie Butcher-Fedynich
BuzzyMag.com