David Walton in an award-winning Sci Fi Author. He is known for Terminal Mind

JMW: Hello, this is Jean Marie Ward for BuzzyMag.com. With me today is David Walton, the award-winning author of the Terminal Mind, Letting Go, and the new quantum thriller Superposition. Welcome, David.

JMW: What prompted you to create a near-future, locked-room mystery, based on quantum physics? I’ve been trying to wrap my head around Superposition, and man, that blows the brain! And you wrote it. Why? How? What?

David Walton: There’s a couple things that all kind of came together to cause me to write that book. Probably the primary thing is just that I love stories of that sort, stories that are mind-bending, if you will, where you are watching or reading, and you have to really work to wrap your mind around the way that the plot is being intertwined. And I wanted to write something like that, which is, of course, much easier said than done. But films like Inception that, really, you’re thinking all the way through because there are all these layers of what is revealed and how the things work. But I like quantum physics. I think quantum physics is fascinating and weird. And I was also on a court case as a juror and got an interesting insight. It was a very wild court case involving all kinds of crazy things, someone faking their own death, a Russian mobster mistress. It was insane. And none of that is actually in the book, as much as just the process of seeing how, in the courtroom, pieces of a story were given out of time from different people’s perspectives, and the story gradually came into focus as you pieced it together, as opposed to it being told just in the normal way all the through. I thought it was fascinating, so kind of put those experiences together, and Super Position was the result.

JMW: Was born. It’s a very cool book, but I don’t think readers really know how crazy it is, the quantum physics aspect of it. Can you give our viewers an idea or a taste of what kind of crazy applying quantum mechanics to real life can result in?

David Walton: Sure. One of the things that is very strange about how things work at the quantum world, the world of the very small, is that you can have particles that can be in more than one state at once. So they can have an up spin or a down spin at the same time, and there is some probability wave that has not yet been resolved to determine which they will be, all kinds of things like that. And of course that doesn’t happen in the macro world. But my novel imagines a technology that applies some of what happens there to the larger world, and so for Jacob Kelly, he ends up with the experience of himself being in two states at once, as part of a probability wave that may at some point in the novel resolve. And he is in fact living two lives, one, in a court case where he has been arrested for murder, and the other one, on the run from police, trying to solve the mystery himself before he is convicted of the crime.

JMW: Whoa. It’s awesome, really. Superpostion takes place in a future New Jersey. The Terminal Mind is set in the post-apocalyptic Philadelphia. The Quintessence books, your science fantasy, features an alternate history of the 16th century. Your short stories venture even further afield. What is the thread that binds all that, all those different universes together?

David Walton: Well, of course, in the simplest way, the thread that binds them together is me and my set of interests, which I think it’s a fallacy to think of any author or any person, really, as having only one thread or only one story to tell or only one thought. So often when I approach a book, I’m taking as many things as I can think of that I think are just downright fascinating and amazing, and I’m trying to figure out how to put them in a book together. So we already talked about quantum physics, but with Quintessence, part of what was fascinating to me was to think about the dawn of science, when people really didn’t know a lot of the things that we know now. And it’s easy for us to look back and say . . . and to look down on them to some extent because it seems obvious to us, and how could they not have known that? And so I put a little twist on it and said that you, in fact, the reader, don’t know what the science they’re discovering is, because it’s different. And so you have that experience of discovering it with them, and hopefully have that excitement. And again, what does that have to do with quantum physics or with a post-apocalyptic Philadelphia? Really, the only thing is that it’s something that fascinates me and that I think is pretty cool to think about.

JMW: Cool. You won the Philip K. Dick Award for your debut novel, The Terminal Mind. That would seem to put a lot of pressure on a first-time novelist. How did you cope?

David Walton: Well, it really was an extraordinary thing. Not only was I a first-time novelist, but my first novel came out from Meadowhawk Press, which I can guarantee, you’ve never heard of, because almost no one has ever heard of it. And it is in fact now out of business. So it was this really, really small press, and it was completely unexpected that anybody as part of any awards review board, from my perspective at that time, would even read it, much less end up giving me the award. So that was really very overwhelming and surprising, but it seems a little funny from my perspective to say, “How did you cope?” It’s kind of saying, “How did you cope to winning the lottery?” Winning the Philip K. Dick Award launched me into this opportunity to meet all kinds of fascinating people who have been at this a lot longer than I have. It was somewhat instrumental in getting me my agent, who is wonderful in connecting me to people at Tor, who published my first book by a really big press, which was Quintessence. And so it really, in many ways, launched my career. And so how did I cope? I coped by cheering and enjoying every moment of it.

JMW: No pressure, in other words. Speaking of pressure, you are the proud father of seven children. You aren’t a full-time novelist. You’ve got a very demanding day job doing science-y stuff for Lockheed Martin. How do you find time to breathe, much less write?

David Walton: It’s a question that people often ask, especially when they hear the seven children part. My children go from age 14 down to age 1, so it is a riotous household full of chaos and fun. And my writing is not something that I have ever been able to do really by going into a room and closing the door and having my own private, quiet time for three hours while I work on a book. It’s in and among everything. So when I work, I’m working at the dining room table or in the living room, and there are kids going by asking me for a drink or asking me for this or that. And it’s just, my ability to write in that environment is something that I’ve developed because that’s the environment I live in. And so if I want to write, which I really do, that’s the environment that I have to write in. And it has worked out for me, and in fact, a lot of the chaos, and if you read the beginning of Superposition, there aren’t seven kids in that family, but you get a little picture of some of the madness of kids going in and out and every which way in Jacob Kelly’s family life.

JMW: And why he’s not focusing on the inciting event, yes, definitely get that feeling. What are you working on now?

David Walton: Actually, the next book that I have coming out is not what I’m working on now, it’s a sequel to Super Position, and that’s coming out in September. That’s Super Symmetry.

David Walton: The book that I’m working on now, which comes after that, is in a new universe, a new idea, a new world.

JMW: Okay, we’re coming up on the end of the interview, is there anything you’d like to add?

David Walton: Just a thank you to everyone who has been willing to try my books. I know that for an author that you haven’t heard of, to pick up a new book and give it a try is not an easy thing to do, and a lot of people, an increasing number of people with Superpostion have been taking that risk. So thank you very much, readers, for giving that a try.

JMW: Thank you, David. And thank you for BuzzyMag.com. 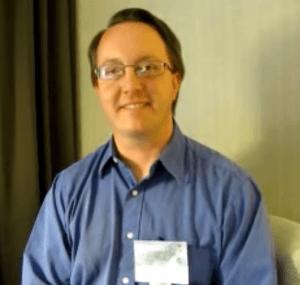