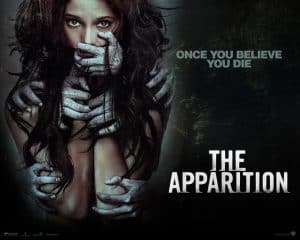 Review the long form: The Apparition centers on a young couple, Kelly (Ashley Greene from the Twilight Saga) and Ben (Sebastian Stan of Captain America). Kelly works at a veterinary hospital, and hopes to be a vet some day. Ben installs home theater systems despite his (presumed) college degree. They live together in a house that Kelly’s off-screen parents bought as an investment. Weirdness ensues.

The house is out in the middle of nowhere, in a development where there is only one other occupied house just a guy with a cute kid and a dog. Whatever Ben and Kelly are saving with the cut-rate rent goes into gas to get to the place, driving past miles and miles of desert on the way. They are trying to take good care of the place and be responsible caretakers, which makes them reluctant to leave the house when things first start to happen.

The whole movie is predicated on Ben and Kelly never having discussed his past: what he studied in college, past relationships, etc.

He’s in denial about his entire past–he is also the only twenty-something techie around who doesn’t check his email. Neither of them is written as a terribly interesting character.

The third [almost] major character is Patrick (Tom Felton of the Harry Potter franchise–couldn’t he do better than this?), Ben’s college friend. He’s been continuing the parapsychology experiments that Ben left behind. Patrick might have been an interesting character, but he doesn’t have enough screen time for us to find out. Felton’s portrayal is a fast-talking, geeky scientist who appears in the story simply to explain what’s going on, once things get bizarre enough.

This one was creepy, not scary. Lots of scary noises followed by . . . nothing. Think the theme from Jaws, and then no shark. Big letdown. There’s some poltergeist type–activity, all of which happens when no one is looking. It plays havoc . . . on the house. All of the effects are pedestrian at best.

Plenty of horror movie clichés here, as well as technobabble that makes absolutely no sense at all, and people doing things they know they shouldn’t.

The movie starts out with a fairly promising beginning and degenerates rapidly. Once the movie jumps to present-day Ben and Kelly, it’s really boring and not very scary. While a horror movie shouldn’t explain every last detail, this one leaves too many gaps, and nothing else (performances, effects) makes up for the lack.

Did you know that if you listen carefully to the Beatles’ White Album backwards you can hear “Paul is Dead”?

Review the short form: It was lame. Don’t bother. 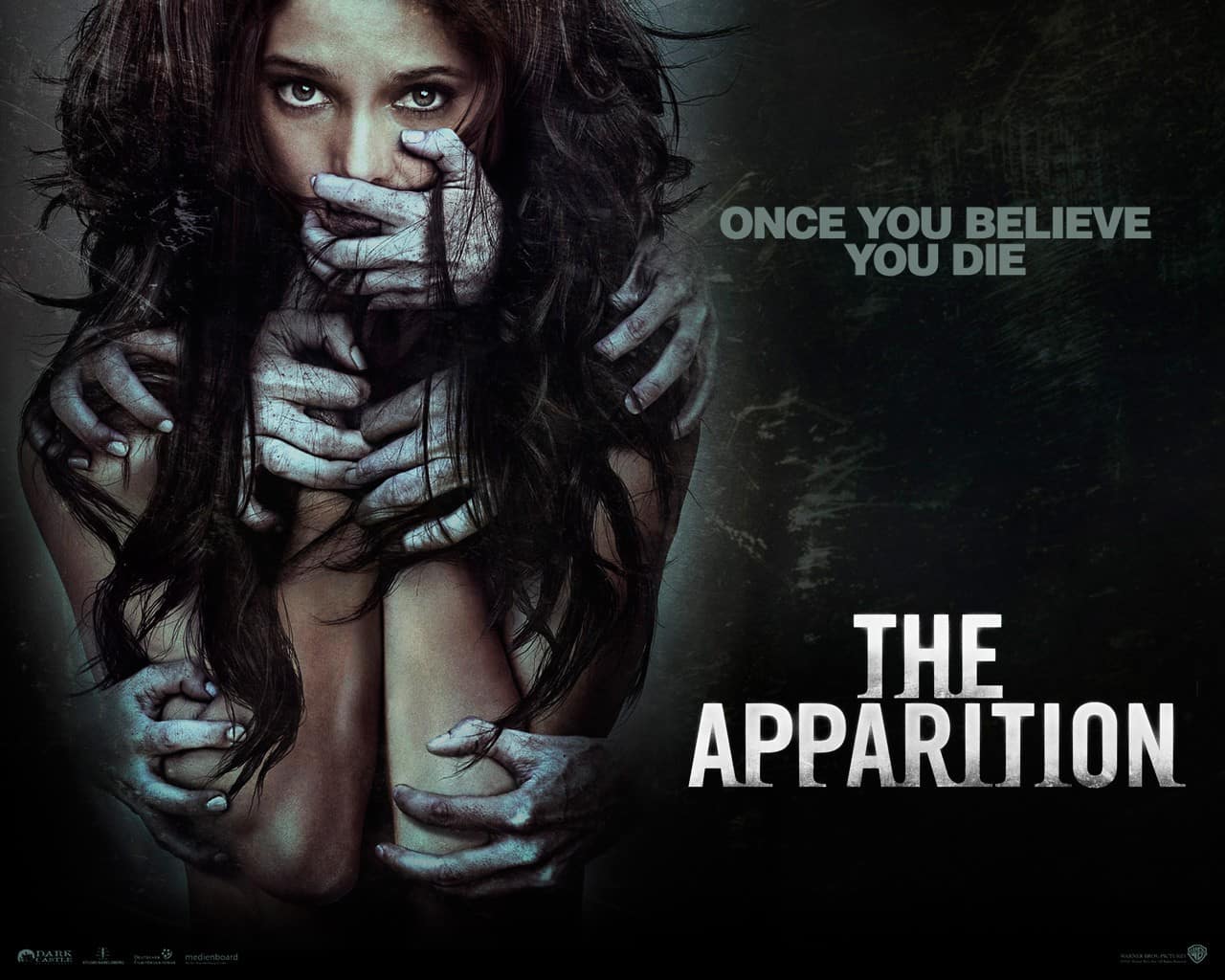 Article Name
The Apparition - Movie Review
Description
The house is out in the middle of nowhere, in a development where there is only one other occupied house just a guy with a cute kid and a dog.
Author
Elektra Hammond
BuzzyMag.com