The Big Craptastic Deal about DRM

First, for those of you who have ignored the internet for the last several months, a brief explanation: DRM is the acronym for Digital Rights Management. They are a set of technologies employed by manufacturers, publishers, and copyright holders, and are used to control viewing, use, and sharing after the point of sale. When you have already paid for a product, these measures keep you from being able to say, make a digital copy of a movie that you own to watch on your tablet or iPad.

DRM is the reason you can’t read your Kindle e-book without downloading an app from Amazon. There is software all over the internet that allows you to remove DRM but it is actually illegal to employ this method in order to use the movie, e-book, or game on another device—even when you own said material.

I’m not saying that DRM is bad, but it’s useless when dealing with pirates. If someone wants to steal your copyrighted material, then they will. DRM only controls the people who actually buy the product. The honest guys –you and me. The stealing type people can hack the codes because it isn’t even hard anymore.

Personally, I would like all of the e-books in my library on one device. If that device is a total POS,(Piece of sh*t) I want to buy another tablet or reader and I want to take my books with me. Right now, I trot back and forth between apps on my tablet and it is a royal pain in the posterior.

Yes, I am computer literate enough to find another app that removes the DRM from what I have purchased. But do I do this? No, a huge big fat whopping no. You know why? Because I don’t want to be in the grey area when someone decides that removing the DRM for personal use breaks the Digital Millennium Copyright Act (DMCA). I haven’t won the Powerball Jackpot. Heck, I didn’t even escape Chicken Pox as a child. I’m not that lucky. They would come for me. 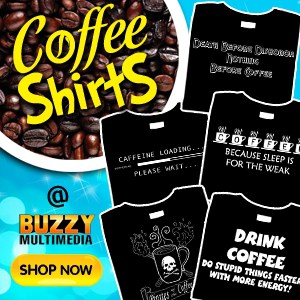 I am convinced that if I remove the DRM and thereby break the DCMA, Storm troopers will come through the doors and down the chimney with the FBI and CIA close behind. The next thing you know, I’d be labeled a terrorist and my life would be FUBAR. They’d cart me off and water board me until I told them how many My Little Pony episodes were on my tablet.

No. Thank you very much.

That said, Readers need to become as vocal as Gamers. When Microsoft announced that the Xbox One would require a daily check-in to the server (DRM used to search for illegal games) and that it would no longer allow the game that you had purchased to be used on another Xbox. (You can’t go to a friend’s house and play.) The gaming community erupted. No, they exploded with a wrath more suitable to Noah’s flood, or a coming apocalypse than to the use of a gaming console.

And their detonation of the internet worked for them—in a way. Microsoft backed down from their everyday check-ins. They said that now there won’t be no-sharing, and you can play with a friend or lend them your game.

But, what they didn’t say was if they were changing the Terms of Use.

When you purchase the new gaming console, you will immediately download a patch that will disable the offending features. The DRM will still be on the machines and unless the Terms of Use change drastically, they can implement the features again whether you want it or not.

The main problem I have with DRM is that it is too George Orwell and 1984. The Big Brother effect is kicking in, and even though I am a traditional, play-by-the-rules sort of person, the more they push, the more I want to shove back.

Back in 2009, when Mr. Orwell’s books, Animal Farm, and 1984 (How weird was that?) disappeared from thousands of Kindle devices, the creep factor set in. Amazon explained that the books 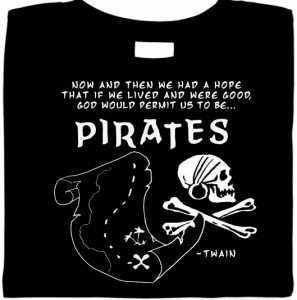 Now & Then We Had A Hope That If We Lived & Were Good, God Would Permit Us To Be Pirates

were added to the kindle store by a company who did not hold the rights, and that since these were illegal copies, they had been deleted. This was the right thing to do but, it still sent chills up my spine because they just made it go away. Poof, right down Big Brother’s incineration chute of a memory hole—a sneaky DRM attack in the night. Because of this, I still do not own a Kindle.

Walmart can’t come into my house and take back the Avenger bed set I bought—even if the company who sold it didn’t have Use Rights for the artwork. They don’t send the DRM police to steal an item that I have legally purchased. Unfortunately, anything you have digitally acquired that has a DRM can be taken from you at any time.

To give credit where credit is due, a year ago, Tor Publishing listened to the consumers, and to the authors, and removed DRM from all of their titles. A year later, they report no increase in pirating of their books. This one was a no-brainer. Geeks read Tor books. Geeks can also remove DRM if they want to. But, generally speaking, us Geeks are a law abiding bunch of honest citizens.

I refuse to believe that the world is full of thieves and that DRM is necessary for our electronic entertainment. The .oo1 percent of miscreants that are foiled by DRM (the rest of the evil-doers can remove it) are not worth the time, money, and consumer discontent caused by cramming these programs down our collective throats.

DRM puts the crap in craptastic.

Article Name
The Big Craptastic Deal about DRM
Description
First, for those of you who have ignored the internet for the last several months, a brief explanation: DRM is the acronym for Digital Rights Management.
Author
Julie Butcher-Fedynich
BuzzyMag.com