The Family is a dark comedic slice-of-life film about a not-so-ordinary family in extraordinary circumstances.

Okay-they’re a family that takes nothin’ from nobody, in the finest mob tradition, as seen through the filter of European eyes, in theory played absolutely over-the-top for maximum silliness.

This is a film filled with stunning performances, starting with Robert De Niro as “Fred Blake,” a man who wants his old life back, but has finally come to the realization that it’s really, truly gone and is trying to make it work. But he’s frustrated. And old habits die hard.

Michelle Pfeiffer is “Maggie,” a typical Italian mother who holds the family together. She adores her husband, can cook up a storm, and worries about her kids. The two kids, “Belle” (Dianna Agron) and “Warren” (John D’Leo), have been relocated so many times that dealing with a new school is something they’ve got down to a system. A corrupt system, but a system nonetheless.

Tommy Lee Jones is their FBI Handler, calling the shots that result in the family packing everything up and moving yet again. After six years, he’s tuckered out by dealing with this family, but he’s kept them alive and out of reach of the rest of the mob.

All of these performances almost totally sell the characters. No matter how unbelievable their actions seem to be, I was onboard for as long as the film kept up its frenetic pace. When it slowed down, though, the absolute unreality really strained my suspension of disbelief.

For instance, Fred eventually comes to a personal catharsis through writing about the events of his life, and what sent him along the path he took. But like everything else in his life, he is obsessive to a hard-to-believe point-or maybe I just remember manual typewriters too well.

In the end, though, it was just a bit too over-the-top for me to be comfortable with. Me-who has no problem with a bunch of guys in an action flick totally shooting away at everyone and everything until the shell casings are ankle deep. I don’t know if the characters were too cold-blooded for my taste, or the lack of consequences for their actions just made it all seem pointless. Or both.

And it just wasn’t that funny. Your milage may vary. 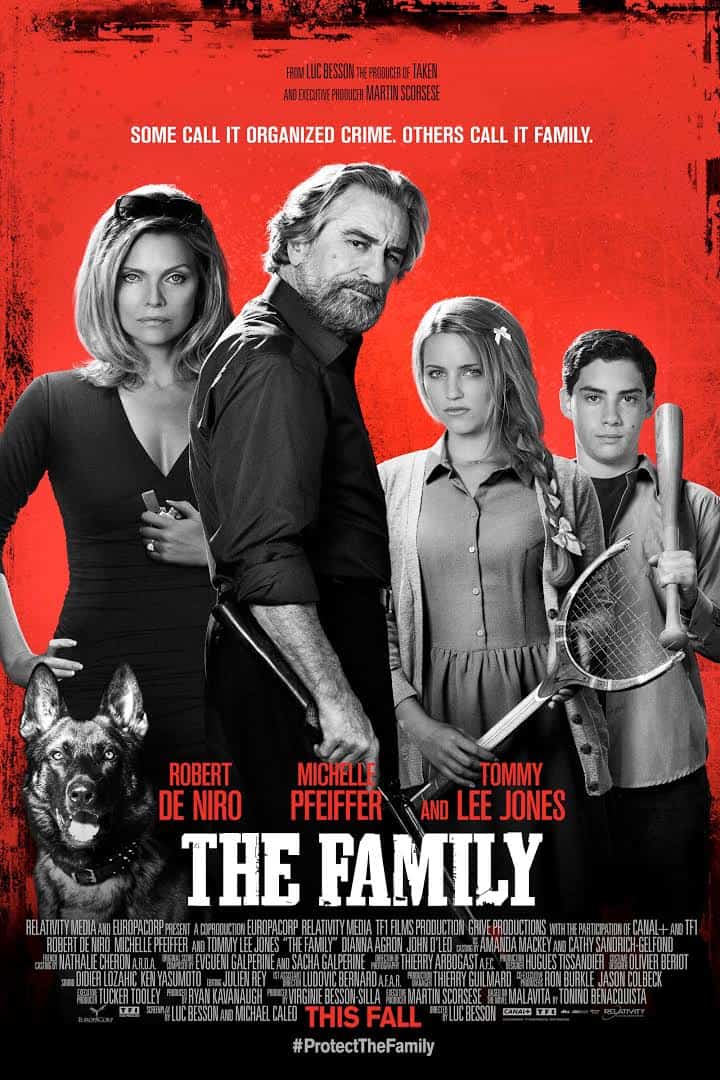 Article Name
The Familly Movie Review
Description
All of these performances almost totally sell the characters. No matter how unbelievable their actions seem to be, I was onboard for as long as the film kept up its frenetic pace. When it slowed down, though, the absolute unreality really strained my suspension of disbelief.
Author
Elektra Hammond
BuzzyMag.com