The Hobbit: The Desolation of Smaug – Movie Review 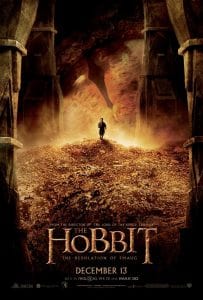 This is very much a continuation of the first Hobbit movie, so anyone who hasn’t see An Unexpected Journey will have some trouble keeping the characters straight. There’s a little tidbit of backstory tossed in to help them out, but it’ll be a bit confusing.

Overall, The Desolation of Smaug works better than An Unexpected Journey, especially if you’ve seen the first movie. The dwarves are no longer strangers, and you’ve bought in to their quest. There are more adventures with elves–Woodland elves this time, and we get to see a younger, wilder Legolas.

Of course, there is an extended setpiece river escape that, like the run through the goblin tunnels in the first movies, seems destined for a video game. It went on too long, for no good purpose.

The heart of the movie is when Smaug (voiced by Benedict Cumberbatch) finally comes on screen in all of his CGI-glory with his enormous hoard. His game of cat and mouse with Bilbo (Martin Freeman) is choreographed beautifully, and you never doubt how terrifying Smaug is. Not for a moment. He is a monster of legend.

The ability of the dwarves to reconnect with people as they approach their goal is handled deftly, and it’s nice to see the characters given some added depth and backstory. If the dwarves succeed or fail, it will effect the people in Laketown as well. They, too, remember when the dwarves lived under the LonelyMountain and the region prospered.

Most of the story line from the original book (with some creative license) is used as one plotline, with a second plot line built from information related to Lord of the Rings. The two are woven together fairly deftly, with tension/action from one contrasting with quieter scenes from the other and vice versa to good effect.

I was mesmerized to the evolution of the necromancer from An Unexpected Journey as he grew into something more familiar and frightening. I loved the way Gandalf used both stealth and spells at the Escher-like Dol Guldur to investigate what was going on. Lots of suspense and action.


The Desolation of Smaug runs a tad long (it’s just a few minutes shorter than An Expected Journey) at 161 minutes, but for the most part it flies by. There’s a lot of story packed into that time, and the pacing is top-notch. Everything about this production is superbly crafted, from the sets to the costumes to the CGI effects.

The entire cast is to be commended. Ian McKellen (Gandalf) and Sylvester McCoy (Radagast) had some wonderful wizardly by-play, Richard Armitage (Thorin) started to show the strain of being a leader, and Aidan Turner (Kili) and Dean O’Gorman (Fili) showed us how important family was, even in the middle of a very important quest. Orlando Bloom (Legolas) and Evangeline Lilly (Tauriel) showed us just how awesome elves could be, while Lee Pace (Thranduil) made sure we knew that it wasn’t all sweetness and light and running through the woods killing orcs. And Martin Freeman (Bilbo) played off Benedict Cumberbatch (Smaug) so well you’d like they knew each other or some such . . .

If you missed your yearly installment of Middle Earth, get yourself to the theater. It’s a nice compromise for fans of The Hobbit book and fans of the Lord of the Rings movies, and I think there’s enough here to please everyone. Enjoy the show, and be mindful if your sword starts glowing blue. 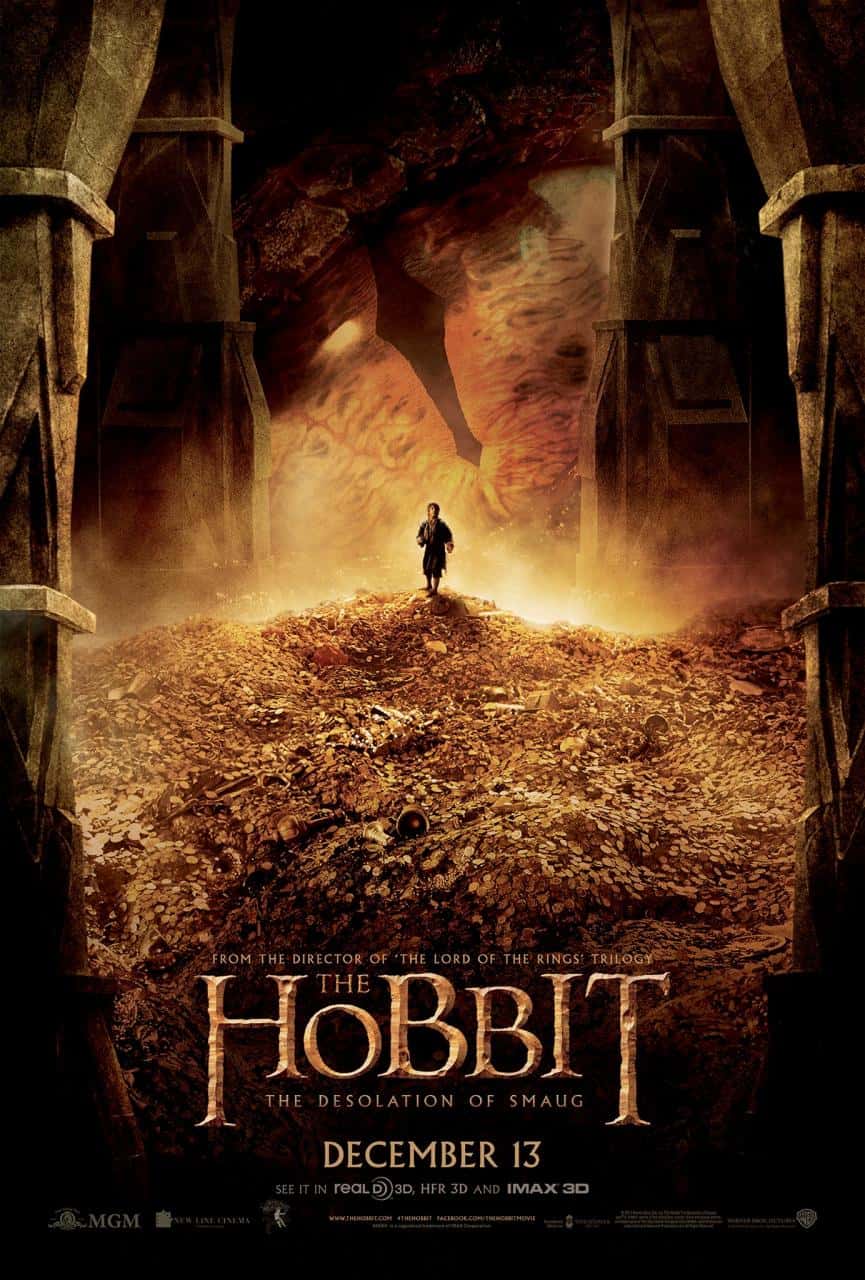 Article Name
The Hobbit: The Desolation Of Smaug Movie Review
Description
Overall, The Desolation of Smaug works better than An Unexpected Journey, especially if you’ve seen the first movie. The dwarves are no longer strangers, and you’ve bought in to their quest. There are more adventures with elves–Woodland elves this time, and we get to see a younger, wilder Legolas.
Author
Elektra Hammond
BuzzyMag.com