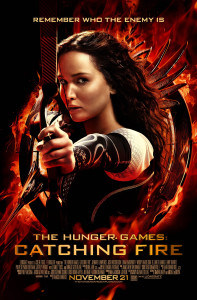 The dystopic future of Panem is back as Katniss and company return in Catching Fire and it’s still pretty unpleasant. No place anyone would want to live. This one picks up right where The Hunger Games left off, and being a victor isn’t as great as it would seem.

Everything is dressed up through the filter of reality TV, and behind the cameras things are empty and echoing.

Lots of good character development happens, as Katniss (Jennifer Lawrence) shows more of what she is thinking and feeling more than in the first movie. Maybe. Her relationships with both Peeta (Josh Hutcherson) and Gale (Liam Hemsworth) continue to evolve, and she’s finally learned to make friends, although she is still drawn to people who need her help or protection, like Rue.

Katniss is also having personal issues as a result of what happened during The Hunger Games (who wouldn’t?), and her act of defiance in the arena has led to consequences, both for her and those around her. In Catching Fire, she starts out under a lot of pressure, then it increases exponentially.

A number of past Hunger Games-victors are also brought into play in Catching Fire. Like Haymitch (Woody Harrelson), they have been shaped by their experiences. Particularly of note are Johanna Mason (Jena Malone) and Finnick Odair (Sam Claflin), who combine sharp wits and lethal physicality with charming recklessness.


The larger budget (the first one was a major success) is evident in improved sets (new training center!) and special effects–not that I’m complaining about the job done on The Hunger Games, but if you’ve got it, flaunt it.

I do think Catching Fire suffers somewhat from middle-movie-itis: people who didn’t see The Hunger Games (or read the book) may find it hard to follow. Also, fans of the book will fill in some of the nuances there just wasn’t enough time to put in the movie. Some bits and pieces may turn up in the next film . . .

Still, this is a solid sequel that gives you more of all the good things about the first movie, without repeating too much of the plot. If you enjoyed The Hunger Games, you will love Catching Fire, and leave the theater excited for the upcoming Mockinjay (in the now traditional two parts). 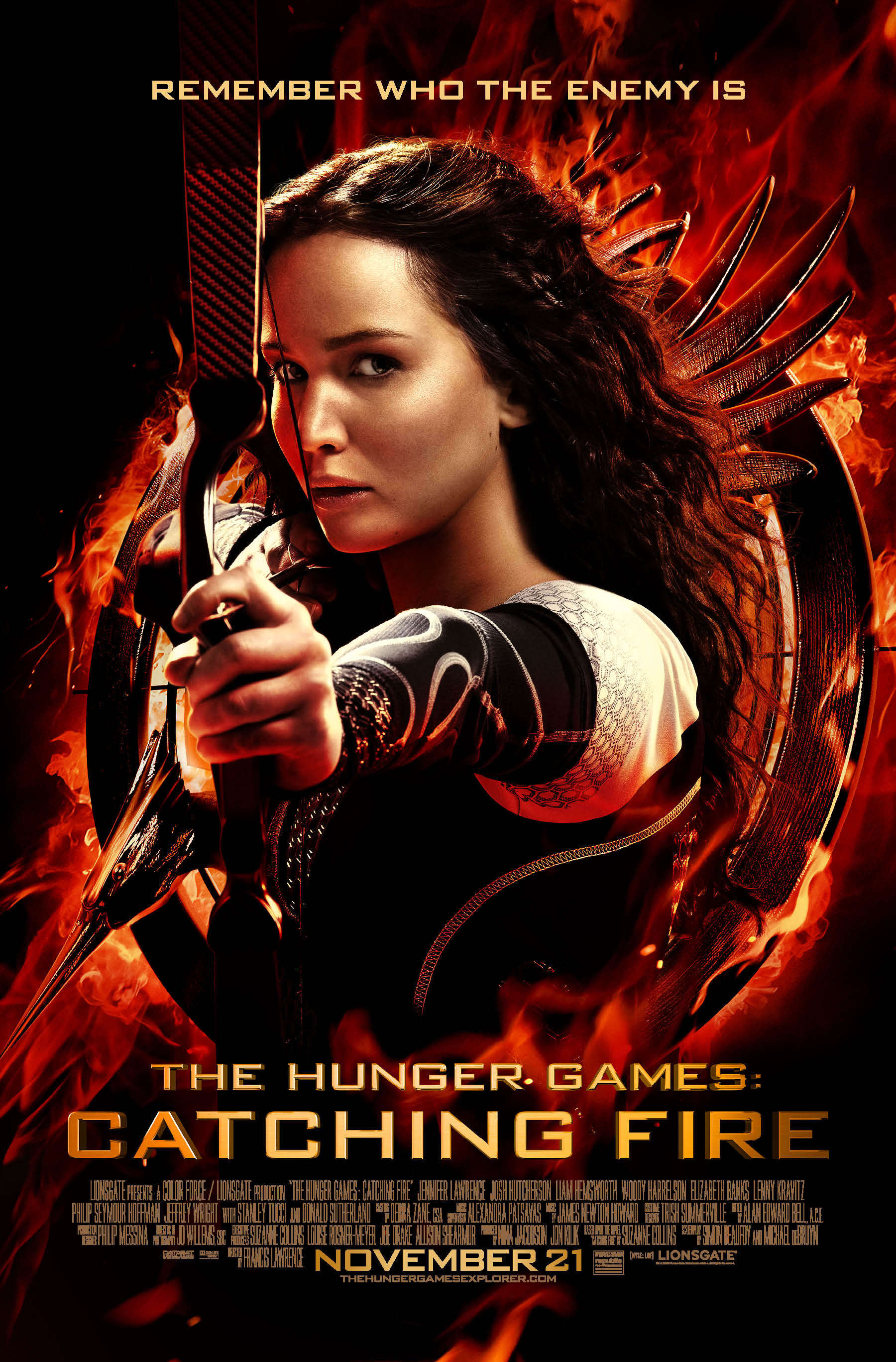 Article Name
The Hunger Games: Catching Fire - Movie Review
Description
The dystopic future of Panem is back as Katniss and company return in Catching Fire and it’s still pretty unpleasant. No place anyone would want to live. This one picks up right where The Hunger Games left off, and being a victor isn’t as great as it would seem.
Author
Elektra Hammond
BuzzyMag.com