The Lords of Salem – Movie Review 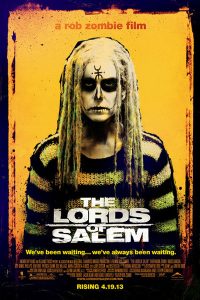 The Lords of Salem is a strange beastie–an arthouse horror movie.

It centers on Heidi, a DJ at WICZ in Salem. It’s far enough in the past that Heidi, Herman, and Herman (her two partners on the radio show) are still spinning vinyl on turntables. These guys are the popular kids in town: they play rock, they chat with writers–they do the equivalent of Howard Stern’s show.

Heidi (Sheri Moon Zombie in a solid performance) goes about her normal life–working, walking her dog–I love how she takes everything in stride. Clearly she doesn’t know that she’s in a horror film, and she plays it perfectly. She’s a likeable character–a lot of why the film works is because you don’t want bad things to happen to Heidi and her amazingly cute golden retriever.

The film doesn’t bother to over explain what was going on–it just dove right in–but there were times when I wanted more of an explanation. I think Bruce Davison might have been there to serve that function–he practically had aha! moments, but it didn’t quite work.

Writer/director Rob Zombie did manage to get away with using the same plot device again and again and again–and each time I didn’t realize it–it was handled well enough that it continued to work, to the point that by the end I was questioning what the film’s reality really was. Of course, that was the point . . . .

The other side of the coin: after a promising and intriguing beginning, and a somewhat drawn out middle, the film gets lost in its vision. It gets so arty that it forgets to tell a story. A lot of the little touches are off: Heidi does keep odd hours as a DJ, but she never sees anyone when she walks her dog. Ever. Even when weird creepy stuff isn’t happening to her. It’s also rife with casual nudity and full of the mistaken attitude that witches=satanists.

I get the feeling this movie started out as a high concept film: “Wouldn’t it be cool if we got a bunch of horror film stars/scream queens from the 1970s & 1980s together and did a horror movie?”–and it grew from that single idea. Add in witches and witchtown, U.S.A. (aka Salem, Massachusetts), and stir. It’s a great concept, with a fantastic supporting cast who are totally fun to watch chewing the scenery (Dee Wallace of The Howling, Patricia Quinn of Rocky Horror, Judy Geeson of Horror Planet, Bruce Davison of Willard), but it never quite gels into a coherent movie, at least plotwise. All the energy was spent on character development (complex) and “look” (sophisticated, with a distinct point-of-view)–not plot.

With Patricia Quinn in the mix, Rocky Horror is on my mind–so in the immortal words of Meat Loaf, “Two out of three ain’t bad.”

Final note: Rob Zombie fans will surely turn this into another cult favorite, and argue endlessly about the meaning of various scenes and images. Everyone else: Caveat emptor.

SHOP The Lords of Salem 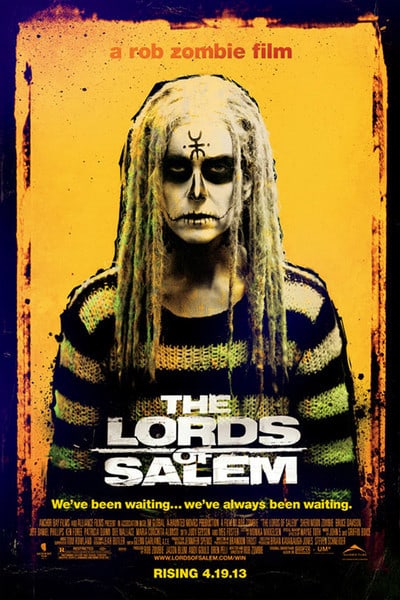 Article Name
Lords of Salem Movie Review
Description
The Lords of Salem is a strange beastie–an arthouse horror movie. It centers on Heidi, a DJ at WICZ in Salem. It’s far enough in the past that Heidi, Herman, and Herman (her two partners on the radio show) are still spinning vinyl on turntables.
Author
Elektra Hammond
BuzzyMag.com