What to watch this Halloween Season 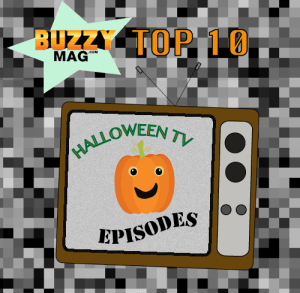 Halloween has become for many, the most popular holiday of the year. No presents to wrap, no family obligations and a gigantic guilt free sugar rush. Why just binge on candy corn and Reece’s Peanut Butter cups when you can indulge in a Halloween marathon at the same time?

Almost every TV show has had a few Halloween episodes and we decided to to pick the cream of the crop in fantasy television because after all, who understands Halloween better than the writers and fans of these shows. 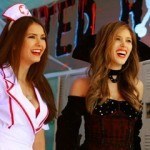 10. Haunted. The Vampire Diaries, season 1. Vickie is losing control and Stefan is trying to help her. Meanwhile Halloween seems to have stirred up other supernatural happenings and a surprising revelation about Bonnie’s family history as a voodoo witch caps off the night.

9. The Boogieman. Quantum Leap, season 3. Sam leaps into Joshua Ray, a horror novelist, on October 31, 1964. Ziggy says Sam is there to prevent the death of a church deacon but things go wonky when there are a sudden series of deaths connected to Joshua under very strange circumstances.

8. Scardy Dick. 3rd Rock From the Sun – season 3 episode. The thing that scares Dick the most is getting a routine physical exam, that is until he returns home. Halloween starts to get really scary when he and Harry face off against what they think is a genuine ghost.

7. Halloween Addams Style. Addams Family, season 2. On the eve of the family’s favorite holiday a neighbor tells Wednesday that there are no such things as witches. The result is pretty much like what you would expect if a neighbor told a small child there was no such person as Santa Claus on Christmas Eve. Wednesday is in tears and the Addams family closes ranks to restore her faith.

6. All Halliwells’s Eve. Charmed, season 3. This is a working holiday for the Halliwell sisters as they are sent back in time to save a baby from the clutches of evil. As with Buffy and Supernatural this is only one of many excellent Halloween episodes that Charmed filmed but this one is probably the fan favorite.

5. It’s the Great Pumpkin, Sam Winchester. CW Supernatural 4th season episode. Never a dull moment for the Winchesters, especially on Halloween. This time they have to save people from a huge assortment of paranormal dangers and instead of angels coming to aide them they are hindered by messengers of God having really bad attitudes. Sam is disappointed by the angels’ behavior, but Dean asks him not to lose faith because of them. “Babe Ruth was a dick,” he says, “but baseball’s still a beautiful game.” 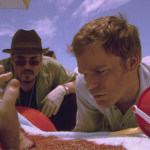 4. Let’s Give the Boy a Hand,” Dexter season 1. It’s Halloween and the Ice Truck killer is trying to woo Dexter away from adhering to Harry’s Code and to embrace the monster within.

3. Haunted. Dead Like Me. season 2.This is not only a Halloween episode, it also is marks the end of the series. Reaper legend has it that the reapers can be seen as they were when they were alive on Halloween. A serial killer is stalking the city and the Reapers have to deal with a real monster who is the cause of all the post-its this holiday.

2. Fear, Itself. This Buffy the Vampire Slayer 4th season episode was written by a master of horror/humor, David Fury. The Scooby Gang is at a Halloween frat party where a fear demon feeds on their fear and the frat house has become a real house of horror. Buffy had a Halloween episode in every season and they were all top notch.

1. Life of the Party. Angel season 5. Lorne is the host for the Halloween office party at Wolfram and Hart. What could go wrong? Well Lorne had W&H remove his sleep so he could keep on top of both his entertainment clients needs and the organization needed to put together the party. His subconscious unleashes chaos and destruction just by wanting to make everything perfect.

Let’s not forget the wonderful Robin Williams in A Morkyville Horror. Mork and Mindy season 2.
Robin Williams and Pam Dawber truly delivered whacky and warm laughter each week. In season 2 Episode 31 was titled “A Morkyille Horror”  Leave it to Robin Williams to spin his own special brand of magic in this  Mork and Mindy Halloween episode spoofing the Amityville Horror. Ghosts from Mindy’s past create poltergeist style mayhem while Mork is redecorating the house for sale.  While spooky stuff occurs Mindy insists that there is a logical explanation for everything. Not even close. The show is filled with spooktacular actions and reactions with a guarantee of laughter.

–Star Trek Original Series – Catspaw.  An Enterprise landing part encounters old Earth symbols of the darkly supernatural variety. On planet Pyris VII, a planet in a solar system with no connection to that of Earth they find black cats,  witches warning of dire curses, and a haunted castle. In typical Trek fashion of Spock’s logic, Kirk’s bold action and McCoy’s common sense combine to save the Enterprise and our galaxy from invaders.

–American Horror Story: Murder House Halloween Part 1 and 2. –  After a miscarriage and nearly breaking up, Ben and Vivien Harmon move from Boston to Los Angeles with their daughter to start a new life in a house with a violent history. In fact to any objective observer it seems like a haunted house is a conduit for all of the evil of epic proportions. American Horror Story knows how to mix in every horror trope in the book. Halloween part 1 has a cliffhanger that will make you see the second ASAP.

Let Us Know Your Favorite Halloween Episode
In The Comment Section Below! 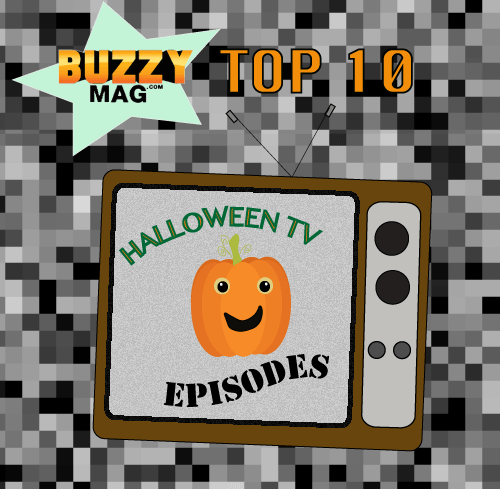 Article Name
Top Ten T.V. Halloween Episodes
Description
What to watch this Halloween Season Halloween has become for many, the most popular holiday of the year.
Author
June K. Williams
BuzzyMag.com