Top Ten Sci-Fi & Fantasy Fathers
“Anyone Can Be A Father – It Takes Someone Special To Be A Daddy”
by June K. Williams

Fathers are so often overlooked and underrated. My own dad was a man of few words. He didn’t tell me how to live, he simply lived and I watched him do it. For good or ill that is how most of us learn from our fathers. Sigmund Freud said “I cannot think of any need in childhood as strong as the need for a father’s protection.” That is the first sacred function of a father but to be a real dad you need to be so much more. The following characters are fathers that I feel are the top 10 Sci-Fi dads. Your list may be different than mine but I hope you will appreciate the diversity that I tried to include.

Father to Spock and to Sybok. In this family father and sons had more than the average disagreements about goals and life choices. Sarek would have had his sons be traditionally Vulcan; dedicated to logic, conquering their emotions and of course excelling in whatever academic field they had chosen. He failed as a father with Sybok and he had moments where it seemed that he and Spock could never learn to communicate with each other but Sarek cared deeply and did at times validate Spock’s choices of career and friends. If fathers teach best by example then Sarek’s dedication to Vulcan and to his family was clear to both sons. Doing the right thing before self interest was another trait that Spock picked up from his father but Sybok cast it aside along with any restraint of emotion. 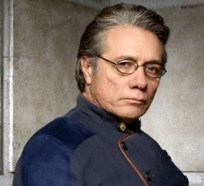 As an Admiral and leader of the remnant of humanity that survived the Cylon attack he had to be tough as nails. His youngest son, Zak, died while trying to live up to the expectations his family had of the Adama sons. For a period of time after the death of of his son and wife, his oldest son Lee had a strained, even cold relationship with William Adama. It took a series of upheavals before Lee came into his own and bridges could be rebuilt between father and son. In the end their bonds were stronger than before they had been broken. 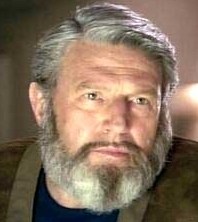 He was the epitome of good father, a real dad. As the human adoptive father of Worf, son of Mogh, Chief Petty Officer Rozhenko faced enormous obstacles. How does a human man raise an orphaned Klingon boy? Adoptive parents need to convey that a child needs to know as much as possible about who they are and how they are loved and valued. Sergey did his best to instill a sense of pride in Worf, making sure that knowledge of Klingon history, culture and even cuisine was always available to this child who was in a sense stranded in an almost all human society. Worf never took the last name of Rozhenko, preferring to be known as the son of Mogh but it is apparent he has affection for his adoptive father.

Both of these men were super fathers to Kal-El/Clark Kent. Jor-El was the biological father who faced with a dying world sent his only child to Earth. In his farewell message to his son Kal-El he said “Live as one of them, Kal-El, to discover where your strength and your power are needed. Always hold in your heart the pride of your special heritage. They can be a great people, Kal-El, they wish to be. They only lack the light to show the way. For this reason above all, their capacity for good, I have sent them you… my only son.” Kal-El made whatever provision for his son’s future that he could but it was Jonathan Kent that raised the boy. Jonathan did not know the baby came from another world nor that he would develop extraordinary powers. He gave Clark a solid foundation of values and morals that would see him through very rough times. Mr. Kent was ethical, honest, even-handed in his treatment of others and open and upfront in personal and public matters. These fathers were two wonderful role models for Superman. 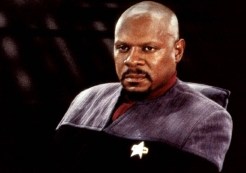 Here was a man in charge of an entire space station. A man who was chosen to be the Emissary of the Prophets by the Bajorans. Sisko was also a widower and that made the job of raising his son, Jake, even tougher. Jake at first did not want to live on the old Cardassian space station which was now Deep Space 9. He wanted a normal life. Love and devotion overcame the problems they had. Most of all Benjamin Sisko always kept the channels of communication open with his son. That is sometimes the hardest thing for a father to do and it is part of what makes a father into a dad. 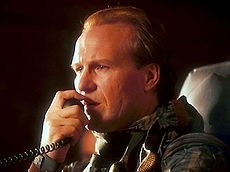 Leto was a ruler also known as Leto the Just. He was dedicated and he acted as father to his subjects as well as the children of his own flesh. His son by the Lady Jessica was Paul Atreides later known as Paul Muad’Dib, Messiah to the Freman of Arrakis. Like so many fathers who are in a position of great power, Duke Leto, as head of House Atreides had obligations that came before his own wishes. Even so he managed to show love to his children and his death by assassination when Paul was only 15 was a terrible blow to their family. Paul was quoted saying” There is probably no more terrible instance of enlightenment than the one in which you discover your father is a man – with human flesh.” An important lesson for all of us.

Michael Carpenter is the husband of Charity Carpenter, and father of Molly, Daniel, Matthew, Alicia, Amanda, Hope, and Harry (named after Harry Dresden, wizard and Warden of the White Council). If I could pick my own fictional father it would be Michael. His heart is as big as his broad chest. His honesty, authenticity, patience and bravery are incomparable. Unlike many paragons he is not quick to judge and is very quick to forgive. If being a good Dad is teaching by example then Michael Carpenter is as good as it gets. 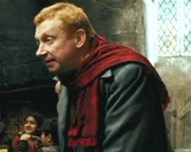 Arthur is the nicest dad to appear in the Harry Potter series. He works at the Ministry of Magic, first in Misuse of Muggle Artifacts Office then later promoted to head the Office for the Detection and Confiscation of Counterfeit Defensive Spells and Protective Objects. Except for being a wizard, Mr.Weasley could be a 1960’s television dad. That’s not quite right as those dads weren’t as hands on in raising their kids as Arthur. (Bill, Charlie, Percy, Fred & George, Ron and last but certainly not least Ginevra “Ginny”.) Evidently for Arthur and his wife Molly seven was the magic number. Even though he seems a tad eccentric and distracted at times there is never an instance where he falls apart under pressure or fails to do his duty by his family or the society in which he lives. Once again a good man is often a good father.

Most of us have either read, were told or saw the movie about the story of Pinocchio and Geppetto. The moral of the story is to learn to listen and appreciate our fathers and not lie and be disobedient. Geppetto a poor and lonely woodcarver created Pinocchio. Instead of a just a marionette Pinocchio was so very like a real little boy that Geppetto was overjoyed. Though told by a talking cricket (Jimmine Cricket according to Disney) “Boys who do not obey their parents grow up to be donkeys.” Pinocchio falls in with a bad crowd, gets into loads of trouble and causes Geppetto a great deal of sorrow. No matter what trouble Pinocchio gets himself into Geppetto still cares about him and forgives him. In the end after all his life lessons are learned the hard way, Pinocchio is granted his heart’s desire, to become a real little boy and then Geppetto has a real son.