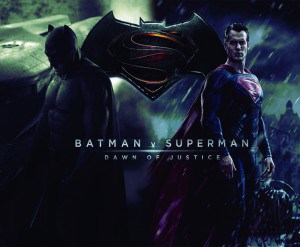 Batman V Superman is a DC Comics superhero film where Batman and Superman come face to face in a live-action film for the first time. Longtime villain, Lex Luthor, continues his quest to destroy Superman by taking advantage of the growing animosity between Batman and Superman.

I’ve always been a Batman  fan. When he hit people with his mighty bat-a-rang it went BIFF! BANG! BOP! He had the best car on television and really, who doesn’t want a cool Bat Cave? Then Superman came along and Christopher Reeve made every girl in America all swoony. So I guess you can say that growing up, I was Team DC. I was ready to love Batman v Superman. I really was.

The explosions were awesome and possibly some of the best I’ve seen in 3D. Wonder Woman might have been the most fully developed character even though she was onscreen for all of three minutes.

As for the others, the main characters, you can go on and on about being true to the comics but really people, they need more words in movies. Even though the writers set up the universe where these things could happen, the problem is that when they said the words, there wasn’t plot structure behind them to make the emotions ring true.

So the characters were flat and their motives unbelievable. Basically the movie was this. 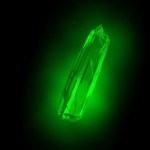 Kryptonite is a material from the Superman fictional universe. The green glowing crystal is an ore form of a radioactive element from Superman’s home planet of Krypton.

Batman: “I hate that you can fly. So what I’m going to do is get some Kryptonite and make this giant weird weapon thingie and then I will get you back—you stupid alien. Just wait until I make a new super-suit and do lots of chin-ups to make my chest ripple for no very good reason.” He didn’t exactly build a wall but it was the same thing, okay? No more aliens.

Superman: “Dude, I am so going to tell my mom about you because you are a meanie-pants.”

Superman’s mom: “Oh sweetie, they are just jealous. You don’t even have to save them anymore.”

Then, there is a bad guy who starts off as pretty much every stoner you’ve ever met—except he is a rich attention ‘ho stoner. Then he goes crazy. Then he goes evil and makes a monster. The problem with this was that he didn’t have a reason to do any of it. In fact.

Not one character had a real reason for what they did. Not the good guys and not the evil ones.

Bad guys have reasons that they do things. Every decent evil character has a severe short in their wiring. But, they think of this lack as the reason that they’ve succeeded. They believe with all of their hearts that this is their strength.

President Snow from Hunger Games would kill when necessary, but only to further his grand schemes. He considered mass homicide as a wasteful misuse of a commodity—people. He didn’t not-kill because killing is bad. He killed for show and to push citizens in the direction that had been pre-determined.

Batman is just really ticked off for no apparent reason. Then Superman gets his panties in a bunch and there you go. Giant fight scene.

Bad guys have reasons they do evil things. Good guys don’t get all pissy for no very good reason. It is a thing people. 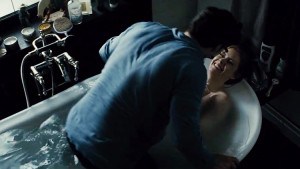 Lois Lane and Clark Kent are one of DC Comic’s most famed couples. Their relationship began in the famous “2-party love triangle” where Clark Kent falls in love with Lois Lane, but she is in a relationship with Superman and Clark can’t tell her he is actually Superman.

Another problem I had with the plot structure was that there were few scenes with more than one character actually in the scene. Until the fight, there was a whole lot of montage weight-lifting, flying, kissing Lois Lane, and bubble baths. It was kind of like the very first Superman movie where Lois Lane talk-sings that dumb song when they’re flying. If the bathtub flew, it would have been better. But in this version, instead of flying and seeing underwear color through planters, everyone is angry.

And really Lois, even if you were ticked off at Superman, why did you take the kryptonite weapon and throw it in a lake? No reason, right?

Now let’s talk about the funeral scene because I can pretty much guarantee that there has never been a funeral in Kansas where a bagpiper walked through a cornfield on the way to the cemetery. We don’t pull a hand-made wooden coffin with horses either. I don’t know anyone who isn’t Amish who ever walked behind a casket. If they did, they didn’t ruin a perfectly good field of corn by stomping on all of the plants. This took corn to a whole new level.

At this time I would like to propose that Hollywood never-ever write anything in the Midwest without visiting first.

Really guys. We have cars and shoes and store-bought caskets. I don’t think the movie’s intention was for me to laugh so hard at the funeral scene that I cried. But that was clearly the result and I have witnesses.

So what I am saying is that from this writer’s point of view, Batman v Superman sucked eggs—except for the explosions which were awesome.

★★★And since when is Gotham right across the bay from Metropolis anyway? I always thought Metropolis was New York City and Gotham was Chicago. Of course I could be wrong and I am sure that if I am, someone will be sure to mention this in the comments.