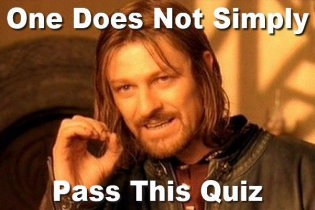 Geeks are like family. We argue about plot points and television stars, magic versus technology, and whether Syfy is trying to kill us via cancelling our beloved shows. Our books, cosplay, and fandom draw us to large gatherings like Comicon and Dragoncon to find others to add to our circle.

Times are hard and money is tight, so I thought some of you might fit in with me and mine. The following is your geek quiz. You get 1 point for every geek statement you agree with. You get another point for each time you share this quiz with friends using the hashtag #MyGeekScore (so don’t forget to add your points) and since it is my birthday THERE is a PRIZE! You also get points for following me on (Facebook or Twitter.) Since you are full of geeky goodness, I will follow you back and friend you! Now take the quiz already. The other stuff is at the bottom and you’ll need your score ready.

Geeks are the most awesome people on Earth so I know that you won’t cheat on your geek score. If you want extra points, you get one for each time you tweet or post this article on facebook. You have to use the hashtag (#MyGeekScore) or the random finder of things can’t see your entry, mkay? So post this to twitter or facebook.

I’m a super geek and my score is 70 #MyGeekScore

Article Name
Geek Quiz of Awesome
Description
The following is your geek quiz. You get 1 point for every geek statement you agree with.
Author
Julie Butcher-Fedynich
BuzzyMag.com