Indie and the Joneses – Saving the Industry Book by Book

Risk and reward. Independent authors push for publishing houses to broaden narratives and reach out to progressive, untapped markets. 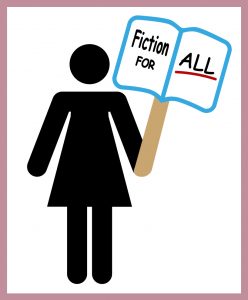 Everyone wants to be part of the Big Five. They’re the majority controllers of publishing markets and can net the biggest-ticket deals for any given author. And there’s no doubt they can lead you to great success. They know what they want and how to sell it. But for all they have and all they know, can they really understand the trends that grow out of their reach, things they dismiss time and again because it’s ‘just not for us’? Would they know the next big thing if it leapt from the top of their slush piles and fell neatly under their red pens?

Indie fiction is saving the industry from itself.

It happens a lot in media dynasties and almost-impenetrable establishments that fads wax and wane, and great authors invariably either complete their greatest collections or are met with diminishing returns from creativity that is already fully-tapped. There are always holes to plug with the big authors’ Next Big Titles, that can guarantee a certain number of sales even before it hits the shelves. But when there’s a novel in everyone, the big risk is that focusing on sales of their own and collecting narratives that sell in any current market (or predicting a market trend) misses what’s already happening outside of their submission halls.

Indie books often have something that makes them ‘unsellable’ to the Big Five. Fellow author Lynn Michell was told she couldn’t write a book about a middle-aged heroine. Yet that’s a major audience they’re wilfully ignoring because it’s not in their remit. They simply don’t know what to do with that kind of protagonist despite the statistics showing a greater percentage of women read than men. For them, the risk is much higher cost, so they stick with what they know, and grow much more slowly. So for anything really unique, it’s up to the indie and niche fiction market to make waves, and they do.

Protagonists are far less limited by age, gender, or race. It’s not a utopia, as fiction tends to fall within tropes dependent on the genre anyway. But what if your hero is mute? Your heroine, old (and not in an immortal way)? Your protagonist’s race, not dependent on a Tolkein-esque ratio of height and facial hair? If you find an agent who believes in your work, you’re lucky that they have an idea of where the future may be going. Otherwise, the trailblazers are the indie publishers. Not only can authors take greater risks with their writing, independent publishers can add their unique flourishes to formatting, style, and presentation that, when attention spans are dwindling, can make catching an audience even more likely. They can make things their majority focus that the Big Five can’t: LGBT fiction, women authors, speculative and surrealist fiction, and as-yet-untapped subcultures and fandoms that don’t have much representation outside of their already niche groups.

It’s never a guarantee, of course, but with self- and small scale-publishing not only becoming easier and more accessible, and social media reaching bigger and bigger audiences, it’s driving a bigger wedge into the Big Five’s control, and there’s nothing they can do. It might take longer for any given author to snag a movie deal, or more books to make it a substantive income, but integrity and diversity will never be in short supply.

Hugo is a fantasy author, cosplayer, and aspiring voice over artist living in Raleigh, North Carolina, and is heavily inspired by film, game and anime soundtracks. He is an avid hobbyist, and when not writing or making costumes he constructs custom Funko Pop Vinyl figures as gifts for his friends. Published by Inspired Quill, his novel Legacy is out now, and will be followed by his second novel Fracture on September 23rd. You can reach him on Twitter: @phoenixtheblade or on his website: HugorJackson.com