In my not so humble opinion, I feel if Daniel Wroughton Craig not been cast as the next Bond for “Casino Royale” the entire Bond movie franchise would have died. Thankfully, he has signed on to do five Bond films so far.

As a girl I am not genetically predisposed to be a James Bond fan. I enjoyed the movies, don’t get me wrong, and I even read one of the books (which was nowhere near as misogynistic as the movies) and found it to be rather enjoyable. “License Renewed” (1981) was the title of the book; John Gardner wrote it and one of my favorite novelettes, “Grendel” (1971). The story of “License Renewed” was over all enjoyable as I read it but now I do not recall much about it other than the Bond Girl’s name – Lavender Peacock. Seems to me M, the power behind the 00 agents, should do a Google search of stupid women’s name and divide the list up amongst her agents. Apparently the more ludicrous the name the more the woman will gravitate toward spies and plots of world domination.

When “Casino Royal” came out back in 2006 I was only lukewarm to the idea of seeing the new Bond movie in the theater; I was very content to wait for the DVD to come out and watch it in the comfort of my home. Besides, I felt as if the previous Bonds let me down. Sean Connery IS James Bond and although I was not a Roger Moore fan, he was mad brilliant when compared to Timothy Dalton. I feel Pierce Brosnan was an adequate Bond but by the time he was cast in the role not only had his stardom passed he was too old for the role.

So, when IMDB posted the trailer for “Casino” my husband, who is one of the foremost James Bond fans of all time, was among the first three people to click the “view” button. About two minutes later he came and got me, all excited about the new movie, wanting me to watch the trailer and love it too. I hadn’t seen Craig in a movie since he was the love interest in the first Lara Croft movie, “Tomb Raider” (2001). I remembered him as being “nicely cut and okay for a red-head” back then. I watched the trailer for Casino Royale with zero expectations; in the beginning I was interested but by the end of it I was hooked. Yes, the movie looked exciting, it had racing cars and guns and things exploding and hot girls on beaches and gunplay but when I saw Craig in a tux I was in love with the new James Bond. I heard the angels sing on high as the dark clouds that cast their shadows over the Bond movie franchise parted. I clearly remember thinking to myself “mmmmm…Daniel Craig, he’s so dreamy.”

A declaration was made in the Bane household, we were going to see this movie on opening day.

The rest as they say was history; we saw the movie and loved it. The opening credits rocked, as they should for a James Bond movie; equally awesome was the opening title track, “You Know my Name,” performed by Chris Cornell (a song I purchased for my iTune as soon as I got one). Craig was not only a wonderful Bond, a believable Bond, a bit of a bad-boy Bond, but he had a little something the other Bonds didn’t-this guy was sexy. Not the way the guys in a fireman calendar are sexy, but the way a predatory animal with the glint of the devil in his eye is sexy. You could look at Craig as Bond and tell he was thinking of very bad things, and some of those things involved you, a bed perhaps, and later on room service. His high cheekbones really stand out and work well when he is in even in a little bit of shadowed lighting. He looks good with a day or two of growth on his face, but most important of all-to me-is he looks good when he’s dirty, ya’ know, when he’s hot and sweaty and has dirt or whatever smeared on him. Not a lot of guys can carry the dirty look without the ladies thinking “he needs a very non-sexy shower and a complete scrubbing with a sturdy brush.”

When the DVD for “Casino Royale” came out, we were at Wal-Mart with money in hand. I had that film on at least once a week for months. I was not just in imaginary-boyfriend-love with Daniel “James Bond” Craig but I found myself wanting to watch the other Bond movies again. Naturally, not the one staring Timothy Dalton, “License to Kill;” sitting through that stinker just once was three times too many if you ask me.

To be honest, I did not care for “Quantum of Solace” but I watched it. Twice. It was terrible both times beginning with its awful name and ending with its abysmal dragged out ending. It still had the Daniel “James Bond” Craig I loved so much, with his crooked little devil smile. It was not his delicious fault the story should have been a seven-minute cookie added to the DVD release of “Casino Royale” rather than stretched into a two hour film. 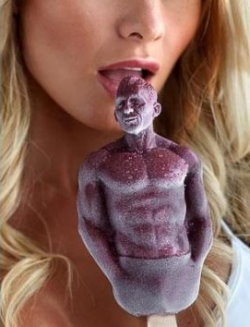 Bond is really all about the sneaking and hunting and reacting, he’s not an action hero but a hero who can deliver the action when it happens. Truth be told, Bond prefers not to get into the mix, he likes to save his energy for the activity which occurs between meeting the girl and lighting up her after-sex cigarette. Nevertheless, even with the film’s aberrant ending and the character betrayed by his own organization (oops, I meant to preface with a “Spoiler Alert”) Craig still managed to carry everything into the role that made his previous Bond film so successful; here Bond was predatory and dark and so haunted; here was a stronger character than the story could hold, played by an actor who held nothing back.

I am very excited about the new James Bond film, “Skyfall” coming out this November, the husband and I will be watching it in the theater on opening day. I already know the film will be dreamy and wonderful, filled with everything I love about a James Bond story; it will be hundreds of times better than the last Bond flick and Craig will be amazing, as he is wonderful in the role and seemingly not a day older.


Now, if you’ll excuse me, I feel the need to watch “Casino Royale” again; I don’t know what scene I like best in the film: the opening fight where he’s in the men’s room getting wet and dirty or how he looks in a wet tuxedo shirt in a shower stall.